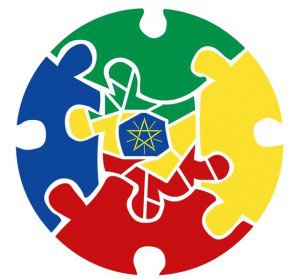 A survey of the geopolitics of our 21st century world demonstrates many cracks in the foundations of current government and policy. The late 20th century was all about globalization and the creation of new governance from the European Union, an attempt to overcome centuries of divisive competition on that continent, to North American free trade and other trade agreements, initiatives to draw multiple nations closer together through cross border movements of people, goods and services.

Nowhere in the world more than in the Middle East did we see the failure of 20th century constructs, from the colonial paternalistic accommodation created at the end of World War One to Iraq in 2003 and the ongoing Israel-Palestine conflict. Africa’s post-colonial settlement came a close second to the mess of the Middle East. The wreck of European colonialism has come with a heavy cost still being borne in the 21st century.

The trend towards collectivism in Europe has recently altered from seeking closer union to nations going their own way. Brexit is but one manifestation of this. Other European populist movements represent a growing belief that isolating nations and cultures from each other will produce better outcomes. In the United States, a populist President-elect, presents a similar reflection in this growing belief that through isolation solutions to economic and social problems can be achieved.

Add to this turmoil comes climate change, the elephant in the room. Climate change when added to governments in turmoil is a recipe for disaster. In November of 2015 when 195 nations agreed collectively to limit global warming to a target 2 Celsius (3.6 Fahrenheit) warmer by the end of the 21st century, I doubt that any among them considered the effect and impact on their resolve from the turmoil of 2016. The drift to populism may kill the collective will to arrest global warming. And what that will do is turn climate change into a potent force in driving further political destabilization around the planet.

One of the little understood facts about the movement of people from the Middle East and Africa to Europe these last few years is the role climate change has played. The Syrian conflict has climate change written all over it. So does the conflict in Libya. And it is also so with Israel and Palestine. If you study Maslow’s Hierarchy of Needs and look at the majority population in these conflict zones, you recognize quickly that populations are in turmoil over their future survival.

Maybe because I live in Canada, a federal state that was constructed over a 150-year history to reflect common and parochial needs, I can see governance solutions that can help much of the planet’s population address 21st century challenges. Canada is far from a perfect union. Our constitution was founded when the country was predominantly rural, agrarian or focused on resource extraction. Today close to 90% of Canadians live in urban centres and our asymmetric federalism functions despite our archaic constitutional roots. And it is this asymmetry that represents a model that can be adopted to help stressed areas of the planet confront the 21st century challenges they face collectively.

The redrawing of Middle East borders is often cited as a solution to that region’s many problems. After all, the borders of the post-World War One settlement were arbitrary and didn’t reflect cultural, tribal and ethnic identities. But redrawing borders is more than likely to create the same insanity that post-World War One created in Europe, laying the foundation for a Second World War. So why not apply the asymmetric federalism model? A decentralized Iraq, a decentralized Syria, a federation containing Israel, Palestine and Jordan, constructing these entities could end hostilities and bring about economic revitalization. In sub-Saharan Africa where political boundaries are unrepresentative of the tribal and ethnic diversity of the continent, asymmetric federalism would be more inclusive to populations within current political boundaries.

This willingness to alter current forms of governance will only work in the face of a common enemy. Science fiction writers often speculate that contact with an intelligent alien species is the stimulus for humanity uniting to meet the challenge of such an event. But the more common enemy at home right now is global warming and if ever there was a driver to unite us while still honouring what differentiates us, it is the peril that climate change represents. Asymmetric federal governing structures work. Applying this form of governance to those areas of the planet where today we continue to see relentless, unending conflict, could prove to be one of the 21st century’s great success stories.