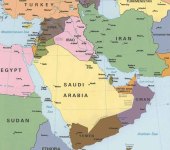 No matter how important rising oil powers outside the Middle East are becoming, the region will continue to be the world’s main source of energy for years to come. Unlike Russia, the Middle East’s OPEC members act as a cartel that produces well under capacity. At current production rates, Russia will be out of the running by 2020. The conditions are not radically different in Africa.

This means that energy security will remain highly dependent on Middle Eastern politics, with the region’s oil producers continuing to seek to dictate terms to the world market. Of special concern are the links between military ambitions and the transfer of wealth that oil exports can bring. Iran’s nuclear weapons program and Iraq’s formidable military buildup of the 1990s exemplify the lethal link between hypermilitarization and energy-market power.

Previous post Iran: OK, The Cabinet’s In, Has Ahmadinejad “Won”?
Next post How to Engage Iran (If You Must)