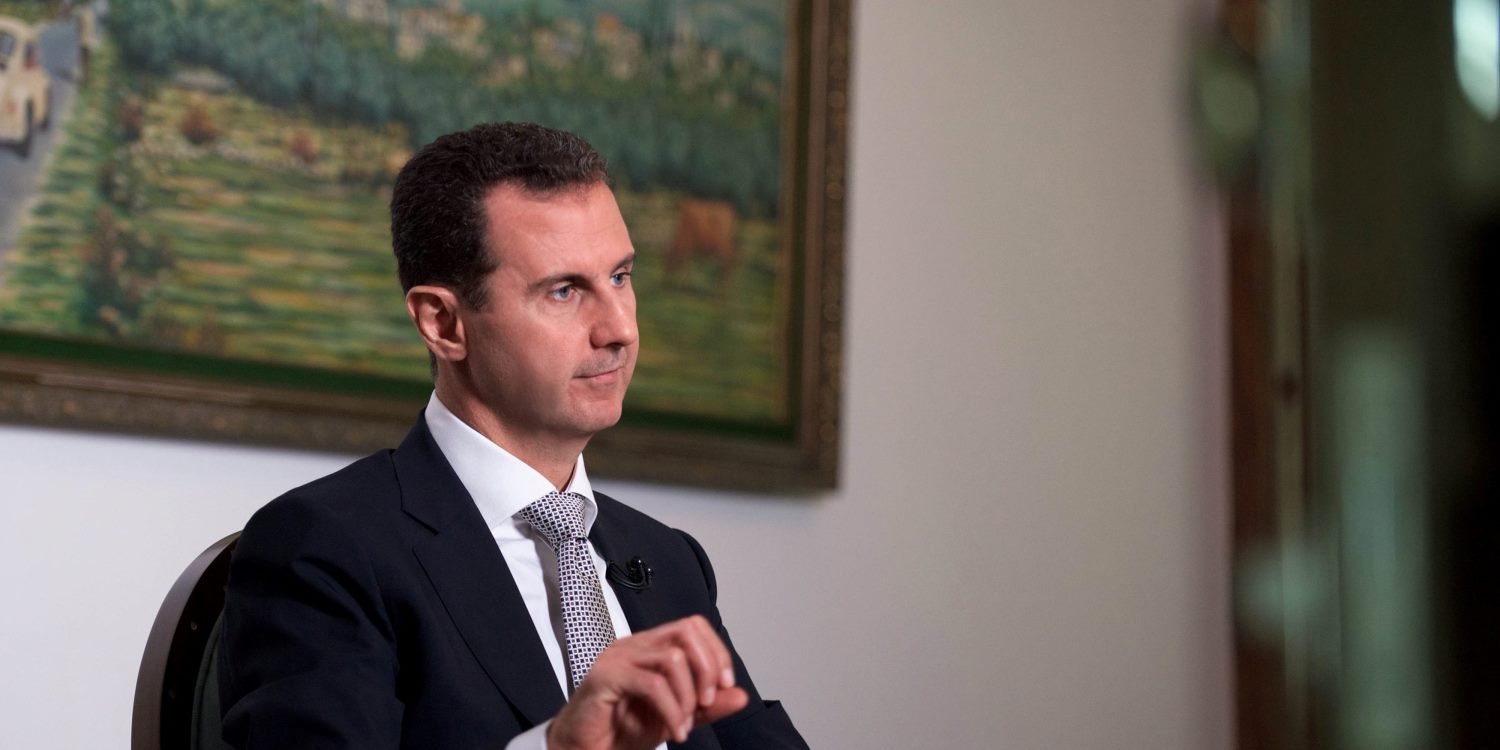 It has been seven years since the beginning of the Syrian civil war. When the Arab uprisings spread throughout Syria, it was not thought that the peaceful protests would turn into one of the worst human-made disasters since World War II. After the Assad regime’s security forces shot dead protesters in southern city of Daraa, the level of violence has been steadily increased nationwide. The situation has been even more complicated when the civil war turned a proxy warfare led by the most powerful countries in the world. This paper aims to draw a picture of why and how proxy warfare occurred in Syria.

The coalitions of powerful states caused to change the map of Syria again and again over the last few years. While the logic was to demolish a radical terrorist group at the beginning that helped the powerful states to battle under the same umbrella, the characteristics of the coalition rapidly changed due to the alteration in their conflict of interest. The rationale behind this can be the aim to play the leading role in the formation of new Syria. An expected outcome of this was the emergence of different projects which resulted in backing different sub-state armed groups in Syria.

The distinction between the opposing forces stems from the two conflicting ideas on the future of Syria: countries who support President Assad’s government, and countries who is against it and defend that peace can only be achieved if Assad is removed. These opposing ideas constituted two major forces: Syrian Arab Republic’s allies and Syrian opposition forces.

Which states support which forces and armed groups in Syria determined the war in Syria entirely. On the one hand, the Syrian Arab Republic’s forces are the security forces of the Syrian government whose allies are Russia, Iran, Iraq, China, Cuba and Belarus.1 The Russia-led coalition mainly aim to keep the Assad regime, and so the influence of Russia on the Middle East. The biggest help to Russia comes from Iran which also follows expansionist policy in the region. On the other hand, Syrian opposition rebel groups are consisting of the Syrian Democratic Forces (SDF), an alliance of Kurdish PYD and Arab forces. This group called the global coalition against ISIL which had different sects which later served the aim of powerful states to consolidate their influence on different regions of Syria. These groups are supported by the US, UK, UAE, France, Egypt, Libya, Saudi Arabia, Jordan, Qatar, Israel and Israel.2 Turkey supports non-Kurdish factions in the SDF which are mainly Free Syrian Army (FSA).3

But, why did these states apply a proxy warfare strategy? Mumford suggests that proxy warfare occurs when states or non-state actors admit that direct intervention in a conflict is financially, materially or politically too costly, not unavoidable, unjustifiable, unfeasible or illegitimate.4 The situation on Syria is not different. The proxy war in Syria witnesses complicated relationships between powerful states and insurgencies in which the Baathist regime and insurgency groups are becoming increasingly dependent on powers of global actors.5

The involvement of four states in the Syrian civil war is critical as they changed the nature of the conflict entirely: the US, Russia, Turkey and Iran. It is difficult to argue that there is a consensus within both sides with regards to strategies and future plans. The US initially supported the loyal groups to President Assad through military training and weapons. Then, the US stopped supporting these groups and began to provide air and heavy weapons support to the SDF.6 This means that the US then officially supported Kurdish terrorist group PYD to fight against another terrorist group; the ISIL.7  Since then, the main ally of the US in Syria have been the PYD. Although the President Trump ordered an air missile attack to Syria in response to a Syrian government’s chemical weapon attack against civilians, this did not change the proxy war strategy of the US. In addition to this, the US aimed to establish a peace agreement through the UN Security Council. However, this peace initiative was broken by the Russia-China coalition. Therefore, the US plan to UN Security Council could not provide a peace resolution. While the peace plans are not the topic of this paper it is important to know that both the US and Russia aim to lead peace negotiations just like their proxy war strategies.

Russia is backing the Baathist regime since the beginning of the civil war. As an outcome of this, the Russian government have been accused that Russian airstrikes directed against non-ISIL rebel forces –besides the ISIL- who fight against the Assad government.  It is clear that the Russian government’s objective is to keep Assad in charge. This in return will keep Russia’s military influence in the Middle East. Hence, in addition to heavy weapon and training support, Russia keep defending to remain the Assad government in power in peace talks, namely the Geneva and Astana negotiations.8

Turkey has played key role since the beginning of the civil war and much before the beginning of the proxy warfare in Syria. Turkey has always defended that Assad should go for a peaceful resolution in Syria. Therefore, Turkey supported Syrian opposition forces, but not the PYD. Turkey’s main ally against the ISIL is the FSA. Whilst Turkey conducted several airstrikes against ISIL targets, the Turkish government provided weapon support to the FSA. However, the Syrian civil war is more critical for Turkey as it shares the longest border with Syria. As the PKK used northern Syria for their camps to attack targets in Turkey for a long time, Turkey’s experience on fighting against terrorism prioritises to destroy the PYD on northern Syria. This is in line with the hope of PYD to establish a federal Kurdistan in the north of Syria.9 Therefore, Turkey has to fight against both the ISIL and PYD to secure its borders against terrorism. Turkey’s direct intervention in Afrin and Idlib were also part of the plan to end the existence of the PYD in the region.10 Turkey also play critical role in the Astana talks with Russia which negotiations excluded the US and PYD. It can be said that this is Turkey’s counter-strategy against the US in order to defuse the PYD as a proxy in the region.

Iran is another supporter of the Baathist regime which emerged through extensive military aid through intelligence sharing, military training and weapon support. Similar with Russia, the Iranian authorities fight against both moderate and extremist factions of all opposition forces. As Syria has been the biggest ally of Iran in the Middle East, the Iranian government’s main strategy is to keep the Assad regime and stand with Syria against Israel and Saudi Arabia which are Iran’s biggest rivals in the region. This aim also serves Russia’s goal which result in these two countries take action against the US and western powers in Syria.

To sum up, the long-standing civil war has caused half-a-million people to lose their lives and almost half of the country lost their home and had to move to another country.11 At the seventh year of the conflict, terrorist groups are even more deadly. The fall of the ISIL also did not de-escalate the conflict. This is mainly because of the fact that the external support to other insurgency groups has made them more powerful and resulted in their claims to establish federal governments in the areas under their control. It can be said that unless these conditions do not change, it is difficult to end the war in Syria and establish a peaceful resolution in the country.

Research fellow in the School of Public Administration at the Adıyaman University. He was a fellow member of the Centre for Conflict, Security and Terrorism at the University of Nottingham, from which he holds a PhD in International Relations. His paper ‘Great Effort, Little Help? The Influence of Peace Groups towards Ending Ethno-Nationalist Conflicts’ has been awarded the best paper by the Ethnicity, Nationalism and Migration Section of the ISA Annual Convention 2018. 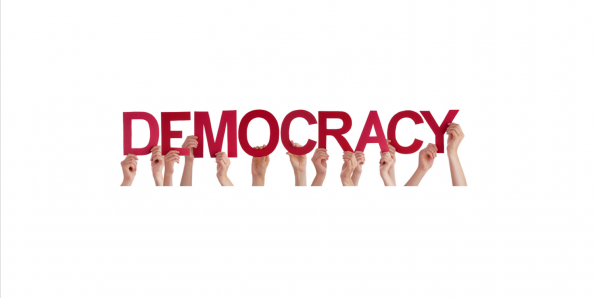 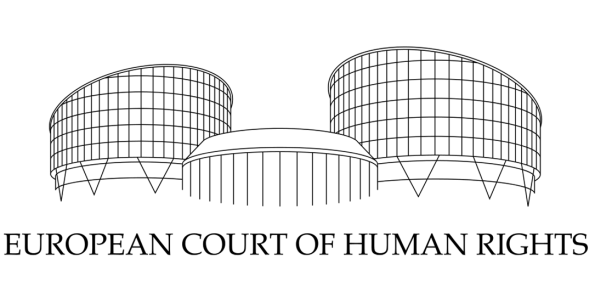 Next post The European Court of Human Rights and the Armed Conflict: The Case of Nagorno-Karabakh