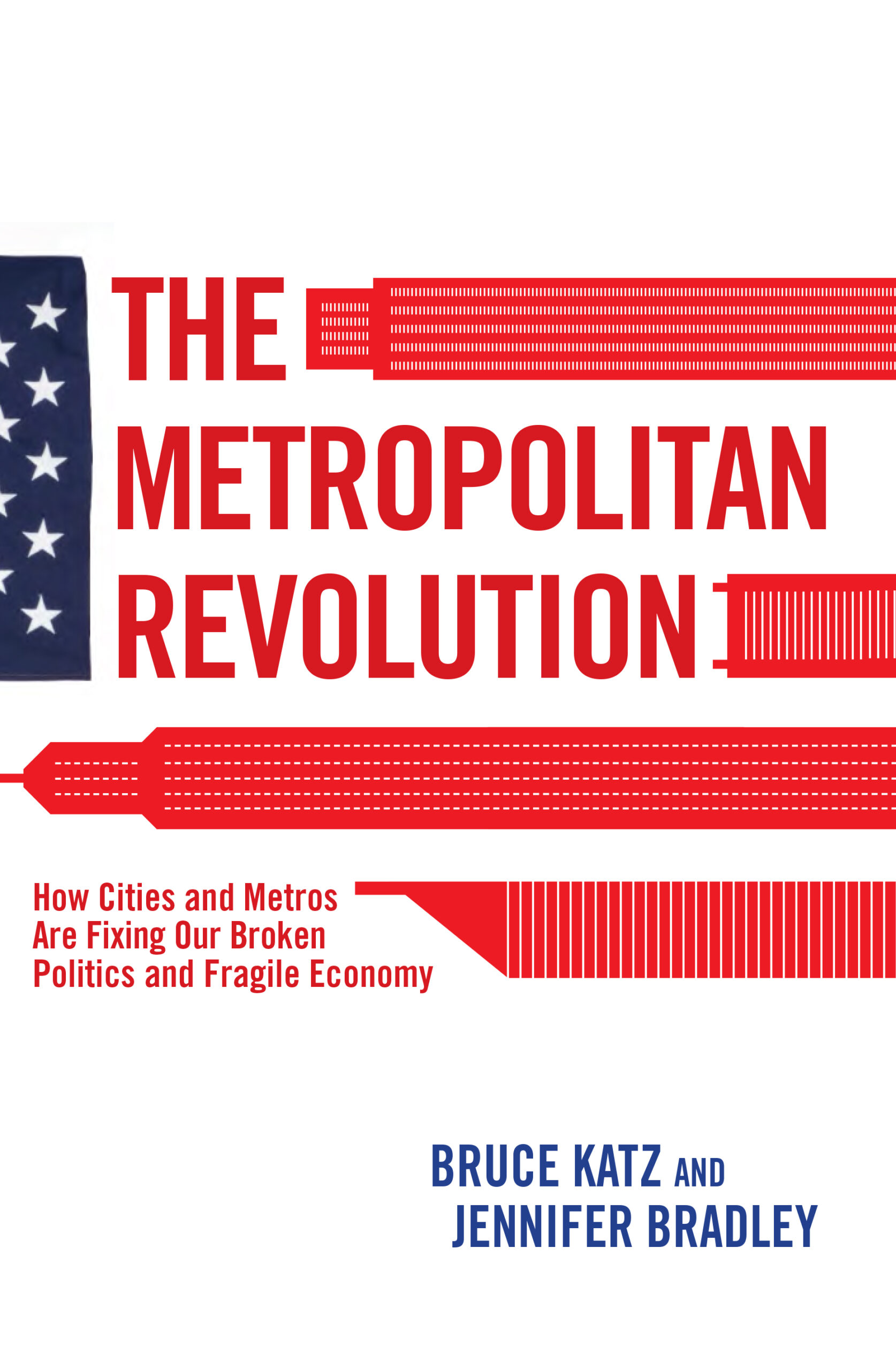 The Metropolitan Revolution describes a new relationship between levels of government in the United States. It is essential to express a new dynamic in which small Suburban Municipalities, an integral part of US cities and economic areas, come together and address regional socioeconomic issues. In addition, the book published by the Brookings Institution is emerging as cities and metropolitan areas taking on a new leadership role in economic development, given the lack of leadership at the state and federal levels.

Even though, the book seems to be organized through an introduction; four case studies; the creation of innovation districts; global trading networks or economic development; relationships among the federal government, states, and metropolitan areas; and five points guide to how policymakers, governors, or administrators can start their own process, the book is organized into two sections; The metropolitan revolution today (city case studies), and the future of the metropolitan revolution. In the first part, New York City, Denver, Houston, North East Ohio (Cleveland), and Detroit are mentioned by the author as examples of city case studies to make people understand the significant city’s situation in the US after 2008 The Great Recession. These cases were obviously selected to illustrate the diversity of metro types and clearly demonstrates that different cities have different issues.

In the second part of the book, on the other hand, the authors highlight the future of the US metropolitan revolution in the line of innovation district by explaining making sense of innovation district. Then in the line of federalism; first, how federalism changed over time, then what metropolitan area’s need from federal and state government. Then, economic structure or development; the impact of the great depression and great recession on the metro areas. The book also stresses the new levels of collaboration; inter-local or intergovernmental cooperation.

In addition, 4 case studies are utilized by authors to demonstrate their opinion better on American metropolitan revolution. First of all, the authors use New York City (Chapter 2) as an example of the importance of innovation and of cooperative governance structures.  Innovation is related to technology and science, according to the authors. Universities are playing a big part explaining cluster economy. As a result, the Cornell campus project, New York City, researches demonstrate how cities will look in the future after the tech and science cluster. Also, according to the book, even though the real measure of success will not be apparent for years, the city and the NYCEDC believe that the Applied Sciences initiative is already paying off.

Secondly, Denver (Chapter 3) case, on the other hand, includes four votes being a process of the city from the 1960s to today and regional economic development of a metro city. Four votes illustrate a good relationship between the urban city and suburbs over 45 years. Because the issues have been complicated for one metropolitan area, Denver city case is an excellent example of cooperation between the centre city and suburb cities to solve or mitigate their problems during this period. Creation of a new airport, fuels collaboration, declaring new regional sales tax, building a new rail transit system is such examples illustrating an affirmative relationship in the city.

Moreover, the book moves on with the case of Northeast OHIO (Chapter 4) being about the economic future of the US. Even an economic shrink, a massive building boom, happened in the 1990s in Cleveland, it is time to redevelopment the economy in this region. The main focus of this development was on creating an innovation cluster, involving local universities, government officials, nonprofit organizations, and community groups. Also, as I understand, manufacturing will be the first priority again in the US in the future after redevelopment in Northeastern OHIO. Moreover, this book is an excellent source to learn what has happened after the 1990s in Northeastern OHIO.

On the other hand, Houston (Chapter 5) has been called the neighbourhood centre because of the big migration community, which often leads to crime and poverty. The book clearly illustrates that Houston has an immense diversity such as race, poverty, or socioeconomic situation of people, and city governors have the skill to cope or fight to overcome the problems by using neighbourhood centres. Neighbourhood Centres are providing the necessary arguments for migrants to make sure they have adequate social services. This case is significant to understand how these sorts of programs help cities to handle poverty reduction and social services development.

Innovation districts are the clusters of universities and local businesses, hospitals, museums, technology and manufacturing industries held together regionally. Innovation districts remind me of agglomeration economies that I have learned from urban economic classes, which explains why firms locate close to one another. There are two significant reasons; Localization economies, firms in an industry cluster, and Urbanization economies: firms in different industry cluster. Firms cluster has several benefits, such as, share intermediate inputs, share a labour pool, get better matches of workers and labour tasks, and share knowledge. In this aspect, the collaboration of local governments has been significant for making a better cluster to cope with issues. For instance; during the book discussion section, the example of Kansas City and Missouri were given to explain how the collaboration of cities is running smoothly.

In the chapter of the global trading network, the authors discuss the history of metropolitan areas economic development, and what it will look like in the future. It is necessary for the US to keep up with the global economy to make the much profitable economy in metropolitan areas; also, making a good relationship with foreign business and market owners will be helpful for US metropolitan revolution for the future. Metros have become both the object and subject of the new trading system according to the book, and some of the examples of trading networks linking metropolitan areas are Portland, Miami and São Paulo across the globe.

Even if the dual federalism, splitting power between federal and state government, is one of the best options for US metropolitans, the relationship between federal, states, metropolitan areas and cities do not work very well in this century for organizations to trade globally. Although the economy is global in the 21st century, the locals or metropolitans have to wait for federal decision to trade with other countries and cities. Therefore, metropolitan areas need to be the focus and organized to achieve their economic goals in the global economy. In this chapter, also, the book mentions metro deals by explaining the benefits of metro deals for the federal government, states, and metropolitan areas. Metro deals accept that reinventing entire systems, and they can help the federal and state governments begin to behave more like successful metropolitan networks.

Furthermore, the section on creating your own metropolitan revolution steps is really significant in a policymaker or public administrator to handle issues and make our cities livable for the future. The five steps of creating your own revolution are discussed in the last chapter of the book as follow;

Overall, the innovative structure of American cities is carefully examined; also, the advantages and disadvantages of the metropolitan areas are considered by the authors in a careful manner. This book is an important document for metropolitan leaderships to act as one and solve the metro areas problems, fix the country’s broken politics and renew its ailing economy to create a better future for current and next-generation, which is believed by the authors as well when you read the book. The general message is that if the federal government, urban and suburban leaders, state officials and foundations get together to discusses problems, the resulting projects are bound to be great. On the other hand, having the global economy, the book ought to give some specific city case examples in more detail throughout the world, and this issue could be explained in a more explicit and comprehensive way to understand global metropolitan revolution. In this case, although the administrator ought to know the global metropolitan revolution, the readers just would able to figure the US metropolitan revolution out in the book. Consequently, this book is a first-rate read for planners and policymakers ready to support this metropolitan revolution if professionals would like to understand the metropolitan revolution from beginning to the future. 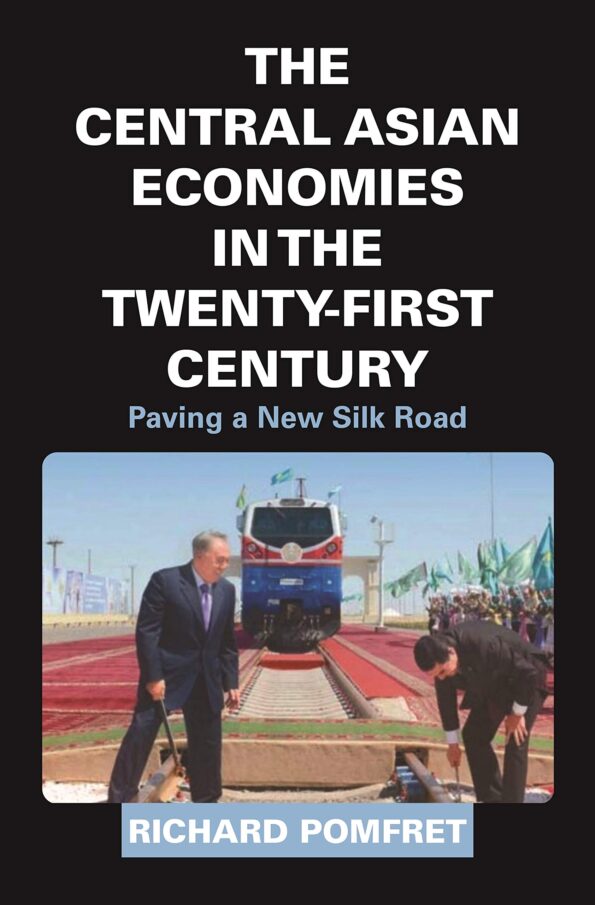 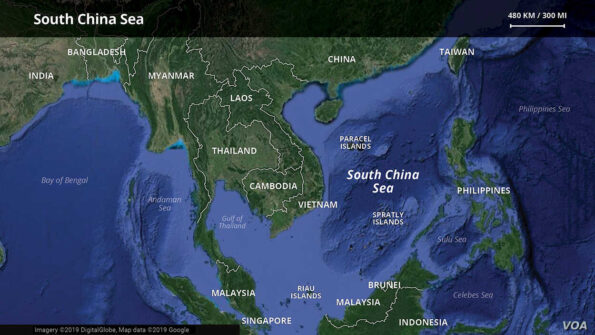