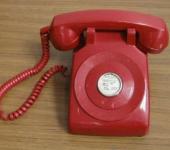 US President Barack Obama and his Russian counterpart Dmitry Medvedev got down to business on July 6, trying to place US-Russian relations back on a solid foundation after an extended period of rancor connected to last August’s fighting in Georgia. Perhaps appropriately, a chill was in the Moscow air as discussions got underway.

Medvedev, in welcoming Obama to the Kremlin, said Russia was interested in “closing some of the pages of the past and opening some pages of the future.” Obama replied: “on a whole host of issues — including security issues, economic issues, energy issues, environmental issues — that the United States and Russia have more in common than they have differences, and that if we work hard during these next few days, that we can make extraordinary progress.”

Before ending their pre-talks press availability Medvedev noted the cold weather. “It’s going to be chilly outside, and it’s better to work inside.” Obama, striving to keep things upbeat, recalled “that the last time I was here in Moscow, it was 80 degrees.”

The presidential exchange over the weather may be symbolic of what’s to come during Obama’s Moscow visit. While the Obama administration’s desire to improve relations with Russia appears to be sincere, the Kremlin doesn’t seem to be in the mood to reciprocate. For the two states to engage in substantive cooperation, Moscow would need to veer away from its authoritarian ways, but such a change in the Kremlin’s behavior seems unlikely.

At the same time, the Russian leadership tandem of Prime Minister Vladimir Putin and Medvedev has seen a need to improve US-Russian relations, which hit its lowest point in two decades following the outbreak of the August war in Georgia. The departure of former US President George W. Bush from office in January offered the chance for a fresh start. US Secretary of State Hillary Clinton got things going by announcing Washington’s desire to hit the “reset” button in bilateral relations. This initial dynamic created a momentum that first led, earlier this year, to the Obama-Medvedev meeting in London. That meeting, in turn, set the wide-ranging agenda for the Moscow July summit.

Although the two sides have expressed their desire to harmonize their positions on several strategic issues, deep divisions between Washington and Moscow — concerning their respective motives, interests, threat perceptions, values and overall strategic outlooks — remain evident. There also exists a lack of consensus within the two respective policy-making communities as to how to go about restructuring relations. Thus, the two sides have different expectations and understandings of what exactly “resetting” relations means.

The greatest structural flaw of US-Russian relations is that they are, to a great extent, held hostage to geopolitical considerations. Unlike relations between Russia and the European Union, or those between the United States and China, US-Russian ties have never been anchored in an extensive web of economic connections. Despite the fact that the Obama visit prompted the announcement that $1.5 billion-worth of deals have been signed, trade volume between the two world giants remains negligible. Shared economic interests are therefore unable to counterbalance a broad values gap.

Perhaps Obama’s greatest challenge in Moscow will be bringing about a shift in the perception of US motivations in the eyes not only of Kremlin decision-makers, but among the Russian public. Russian policy makers are convinced that Washington is striving to weaken Russia. Before Obama’s departure for Moscow, presidential adviser Michael McFaul indicated that US leaders face a daunting challenge in trying to reshape that image. Greatly increasing the degree of difficulty is the fact that Russian mass-media outlets are heavily influenced by the Kremlin, and that Putin, Medvedev and others in Moscow appear to cling to Cold War notions that bilateral relations are a “zero-sum” game, in which there has to be a clear winner and loser.

Many Russian experts readily acknowledge that existing gaps in political philosophy may be too wide to bridge. For example, Russia’s Council on Foreign and Defense Policy, an influential think tank, recently released a report analyzing Moscow’s and Washington’s vital interests and foreign policy objectives. “The respective interests of Russia and the United States either lie in non-intersecting realities, or have very different importance for the countries,” the report concluded bluntly.

Looking at what both sides hope to get out of the Moscow summit, it would seem prudent to keep expectations restrained. The Obama administration, above all, seeks the Kremlin’s help in stabilizing Afghanistan, preventing Pakistan from spinning out of control and blocking Iran’s nuclear ambitions. The ruling elite in Moscow, for its part, wants Washington’s acquiescence for what would amount to be a Russian sphere of influence in post-Soviet Eurasia. As part of this overall strategic agenda, Moscow would like to reach an understanding whereby all international alliances are kept away from the region of its “privileged interests.”

Russia’s recent track record of cooperation with the United States on Afghanistan and Iran is mixed and reflects Moscow’s strategic ambiguity on these matters. If anything, many Russian strategists believe that Moscow’s interests would be better served by the preservation of the status quo — that is, the current situation defined by a high level of uncertainty — rather than by close cooperation with the Obama administration. Even so, Day One of the Obama visit did yield a noteworthy, positive development — an agreement under which Moscow will allow US military equipment and personnel to transit across Russian territory en route to Afghanistan.

There is a major stumbling block on the US side. Washington, as much as it needs Russia’s help in the Greater Middle East, would never grant the Kremlin the free hand in strategic and energy-rich Eurasia. Thus, any notion of a major trade-off or “grand bargain” is a non-starter.

Perhaps tacitly aware of the existing limitations of US-Russian relations, Obama and Medvedev/Putin are focusing much of their energy in Moscow on the arms control issue, one area where the interests of the two countries coincide. “Our countries are intensifying their search for optimum ways of strengthening strategic relations on the basis of mutual respect and interests,” said a joint presidential statement issued on July 6. “We have instructed our experts to work together to analyze the ballistic missile challenges of the 21st century and to prepare appropriate recommendations, giving priority to the use of political and diplomatic methods.”

It would seem some sort of new agreement could be reached relatively quickly. However, the arms control sphere remains at risk of being mired in geopolitics. Russian negotiators have been attempting to link the issue of strategic arms reduction to US plans to deploy anti-missile systems in Central Europe. US experts, in turn, have suggested that the anti-missile deployment issue could be linked to Russian cooperation on containing Iran’s nuclear program.

Some political scientists describe Russia’s post-Soviet regime as a hybrid, incorporating elements of authoritarianism and democracy. Quite aptly, one Russian pundit recently described Moscow’s ambiguous stance vis-Ã -vis the United States and European Union as the strategy of being simultaneously “with the West and against the West.” So long as this hybrid regime persists in the Kremlin, the strategic ambiguity in Russia’s relations with America and Europe will continue.

Editor’s Note: Igor Torbakov is a Senior Researcher at the Finnish Institute of International Affairs in Helsinki specializing in Russian and Eurasian history and politics.