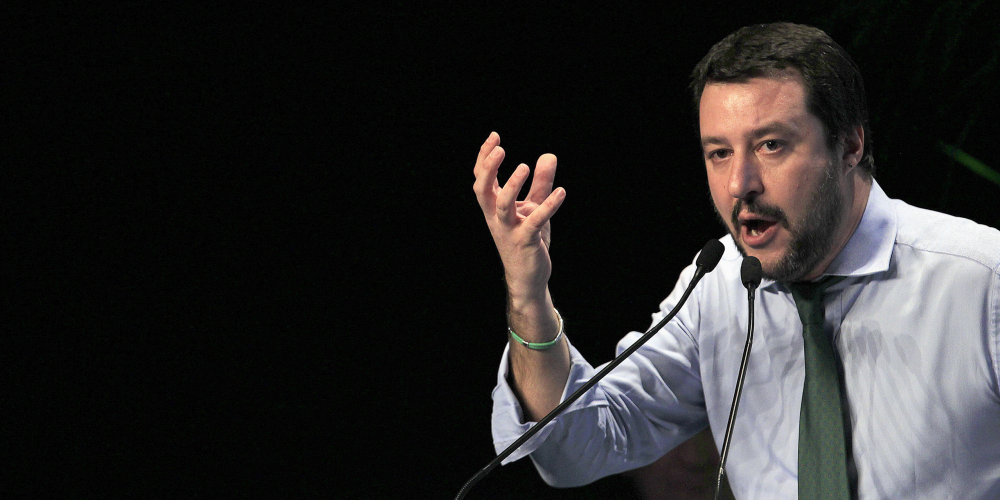 Due to its geographical position, the Italian coast has consistently been considered the main arrival point for migrant boats fleeing violence and chaos from North Africa, resulting in an ‘unfair burden of asylum claims’ in the country. In June 2018, Italian authorities and its new alt-right government grabbed the world’s attention and triggered a series of debates, as they denied the rescue ship Aquarius, containing 630 migrants, permission to dock on Italian ports. The following week, Italy also initially refused another migrant ship to dock with 226 migrants onboard, rescued by a Dutch Charity, Mission Lifeline. Both these controversial moves by the Italian authorities have been met with global criticism. The media have blamed the wave of hatred on Italian populist ideals promoting a ‘zero-landing’ policy and the members of the public have labelled the alt-right government as inhumane. However, though using the lives of 630 people can be considered ruthless, the world has been distracted from the key underlining issue. It is more than a problem of displeasure and attitudes towards migrants but the lack of a European Union [EU] migrant policy and Italy’s social and economic factors. The situation should be considered from Italy’s position, as a country that has consistently requested help from the EU and has received little guidance.

Firstly, we must attempt to understand why the Italian government decided to refuse the safe passage of 630 migrants, in a move which demonstrated more than just xenophobic grievances or a burgeoning alt-right movement. In the past 4 years, Italy has taken in over 600,000 migrants from Libya alone. In the first 6 months of 2018, 16,228 migrants have entered through Italian ports. That is comparable to the 12,1555 that came through Spain and 12,514 through Greece and a mere 47 through Cyprus. Despite Italy’s Deputy Prime Minister Matteo Salvini’s vocal stance on anti-migration, Italy has continuously opened its ports. 10 days after the Aquarius incident, the Italian authorities silently accepted another 2,000 migrants. Additionally, after Malta firmly refused to dock 226 migrants from the Mission Life rescue ship, Danilo Toninelli, Italy’s minister of infrastructure and transport, retracted their initial refusal and stated that Italy ‘will once again save the migrants”, transferring them onto Italian boats. This therefore suggests that the refusal of the Aquarius ship migrants was not an act intended to create political rifts but more a demonstration of the issues that Italy faces amidst record numbers of migrants. In a research paper conducted by United Nations High Commissioner for Refugees 2015, it was proved that humanitarian themes were more common in Italian coverage than in British, German or Spanish press. Italy has been an active figure in rescuing refugees however, the sheer number of incoming migrants has started to take its toll on the country. It is not a mere case of whether Italy has the right to claim “enough is enough” but whether Italy has the means to continue accepting migrants without the aid of an EU migrant policy or aid from EU countries in the mobilization of these migrants.

Italy’s plea for aid peaked during 2017 as 75% migrants arriving in Europe landed in Italy. The beginning half of that year Italy took in 94,802 refugees compared to Spain’s 8,156 & Greece’s 11280. Their European neighbours France, Switzerland and Austria had already begun to close its doors towards asylum seekers and abandoned Italy to deal with the humanitarian crisis alone. The city of Ventimiglia was a prime example of the typical life for migrants waiting in Italy to cross borders. From September 2016 – 2017 at least 12 migrants have died attempting to cross the Italian/French border, not counting those that may have died crossing the mountainous area on the French side. A 17 year old from Sudan was one such victim as he drowned in the Roia river and another migrant died after throwing himself into the path of a truck in what is believed to have been suicide. Furthermore, those who are attempting to help the migrant crisis are criminalised by European authorities. French farmer Cédric Herrou was given a suspended €3,000 fine in February 2017 for helping migrants to cross the border and sheltering them in his home in the mountain hamlet of Breil-sur-Roya. The Italians demanded that the EU act stricter on other states which failed to relocate migrants sufficiently. A year on and little has changed, if not worsened. At the beginning of July 2018 EU Members are set to meet and discuss a resolution to Italy’s migrant crisis focusing on the flow of EU migrants, tightening border checks and providing aid to Italy as a priority. The agenda, a year later, remains the same with no solutions in sight. This year however there is a greater resistance towards helping Italy’s migrant problem. The meeting will exclude the Visegrad group, Poland, Czech Republic, Slovakia & Hungary, who are boycotting as they refuse to take on any refugees from Italy or Greece. Additionally, negative attitudes towards migrants are growing strongly in their own respective countries resulting in reluctancy to accept migrants who have initially found refuge in Italy. Whilst making a desperate plea for a more active European participation, Italy still continuously takes on migrants through its ports.

It is not just the initial acceptance of migrant ships into the country which is the main cause of concern. The real crux of the issue lies in the situation which comes after. Italy lacks a sufficient infrastructure and real economic stability that can withstand the influx of migrants. Without a working policy, migrants are unable to acquire sufficient documents to either travel to another country within Europe, maintain work or build a life. The Italian system has failed to provide any sort of social inclusion as migrants are not granted residential permits or access to public services. Approximately 200,000 migrants now live in asylum shelters however they are forced to depart once asylum is granted without further housing or aid. Of those who receive emergency accommodation, according to a report by Médecins Sans Frontières, 10,000 are currently living in inhuman conditions. Often at the end of the of the asylum process many migrants are left homeless, seeking illegal settlement in abandoned buildings and factories. The Olympic Village which housed 300 winter Olympic competitors in 2006 now acts as one of Europe’s largest squats, sheltering over 1,000 migrants, from 28 different African countries. Another 1,000 live in the Palazzo Selam, which used to be a university building. Both these overcrowded large refugee ghettos display the lack of support that Italian authorities are able to provide. In addition to this, the crackdown on squatters in the past few years is creating a dire situation. In August 2017, 800 refugees who were squatting in abandoned office buildings were evicted after living there for 4 years, leaving them abandoned on the streets. Instead of focusing on a long-term policy to manage the migration of refugees, we have begun to witness a steady process of criminalization. Italy also lack the economic stability to provide an infrastructure or lay a foundation which migrants can rely on. Angela Merkle’s open door policy has let more than a million refugees enter Germany from 2015 – 2016. However, it must be noted that Germanys infrastructure and economic situation is far more resilient than Italy’s. Refugee status in Germany grants them access to the country’s welfare system. In comparing the two countries we can see that Italy’s migrant budget last year was €4.3billion whereas Germany spent €13.6 billion. Despite being the world’s 9th biggest economy, Italy suffers from economic stagnation due to high public debt, rise in unemployment   and a weak banking sector. Political instability hinders the country’s ability to implement any political or economic reforms. The geographic position of the Italian coast cannot be changed and will remain the safest location for migrants risking their lives crossing the sea. Whilst it is not humane to use 630 lives as a bargaining chip or a political statement, the issue will remain unless the EU reach a deal that satisfy the Italian Government.

The lack of a migrant policy in the EU leaves the frontier countries responsible for incoming migrants/refugees. Italy remains as the point for immediate emergencies, however there must be a long-term solution that can sufficiently deal with the European migrant crisis. The EU currently provides crucial economic and logistical support but providing funds becomes insufficient if the Italians have no structure. This means the EU must either develop a coherent migrant policy or tackle the cause of the crisis. The first solution is not a simple solution but requires a series of steps that needs to be taken. A lack of EU migrant policy results in migrants stuck in Italy as asylum status only grants permission to seek work in the first European country they entered from. An EU migrant policy needs to combat the issue of free movement for migrants and rights to work. Many migrants, despite seeking safety in Europe, are situated just off the coast of Calais in France, in the hope of reaching Britain as it is easier to gain work as opposed to France or Italy. It is worth noting that migrants are willing contributors to the economy if given the chance. This has been proven when the Italian labour government in 2002 regularised migrants who immediately became tax payers. The latter solution, is seemingly more difficult to resolve than the former, as migrants come as result of poverty, climate change, political and ethnic strife that are beyond the EU control. This requires the EU to take on a greater hands-on approach with humanitarian missions involving the European Security and Defence Policy [ESDP] which currently is not on the agenda. We begin to see Italy’s lone attempt as they have requested the European Union to focus its funds on the EU-Africa Trust Fund and begun to rebuild security in the country with economic and energy deals on an equal basis.

The EU has been applying a temporary band aid on the migrant problem leaving Italy to deal with the immediate problems alone. As it is difficult to immediately resolve the situation with any form of solidarity, the EU must do its part to offer Italy partial relief and avoid pressure on frontier countries. Is it inhumane for Italy to reject 630 migrants or inhumane for the remaining 27 countries in the EU to stand by, watch and merely criticise Italy for doing nothing whilst doing nothing themselves? Italy alternatively should continue to strive for a migrant policy that will better the lives of migrants as opposed to one that becomes infused with the recent hate fuelled agendas sweeping through Europe. 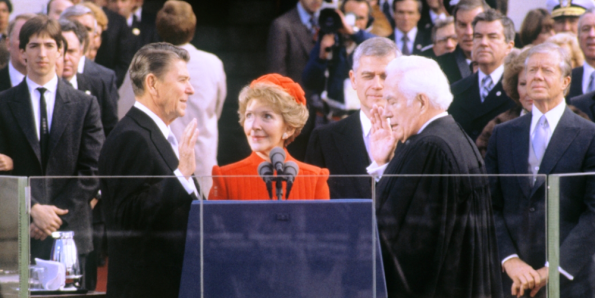 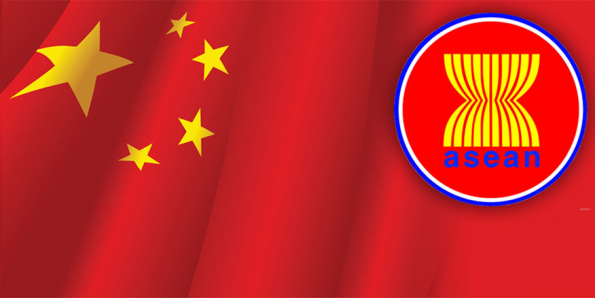 Next post Is the ‘ASEAN Way’ the Way to ASEAN Security?