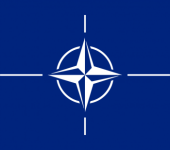 Seven Southeast European countries’ defence ministers and the US Department of Defence met in Sarajevo on Wednesday (November 18th) to discuss further regional co-operation and the NATO enlargement process.

After the meeting, Vershbow reiterated US support for the early approval of BiH and Montenegro’s applications for the Membership Action Plan (MAP). He also said full NATO membership for Macedonia will be backed, as soon as the issue of its name is resolved.

He stressed that regional co-operation must involve “sharing knowledge and expertise, as well as combined training and deployment and asserting collective leadership on Charter members’ necessary reforms”.

At Wednesday’s meeting, the ministers agreed to sign a joint statement that envisions enhancing co-operation through regional centres in the Western Balkans. They stressed that ideas for the establishment of a Co-ordination Cell, at the Peace Support Operation Training Centre (PSOTC) in Sarajevo, will soon be presented at the policy level.

The ministers stressed the importance of providing support to BiH and Montenegro in their efforts to be integrated in Euro-Atlantic structures, and said they expect Macedonia’s full-fledged NATO integration in the near future.

“By successfully overcoming the numerous challenges we have been facing in the past period, our region demonstrated its capacity to raise itself to the level of standards expected from future NATO and EU members, and serve as a model of democratic transformation,” Macedonia’s Konjanovski said.

BiH’s Cikotic stressed that countries of the region must prove that their joint interests are above the interests of individual countries. “It is important that everybody learn from BiH’s experience of 15 years ago, when we paid a high price for mutual non-co-operation,” he said.

The US-Adriatic Charter is an association of countries from the Adriatic region that are working together to boost their attempts to join NATO. It was formed by Albania, Croatia, Macedonia and the US in 2003, and joined by Montenegro and BiH in 2008. On April 1st of this year, Albania and Croatia became NATO members.