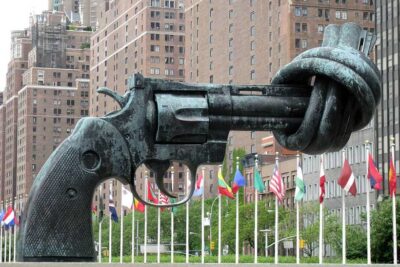 The problems of regulation in international relations (IR) have been discussed in foundational studies, such as those of N. Machiavelli, G. Grotius, F. Suarez, T. Hobbes, C. Montesquieu, I. Kant. Montesquieu, exploring the spirit of the law, asked about the regulators operating in areas higher than the laws of the state, about “the relations of justice that preceded the positive law that established them.”[1] In the XX and XXI centuries, this topic was developed more intensively in political philosophy (K. Schmitt, J. Maritain, J. Rawls, A. S. Panarin, F. Fukuyama), political science, and sociology of international relations (R. Aron, N. Luhmann, I. Wallerstein, H. Bull, P. A. Tsygankov, A. Etzioni).

The purpose of the article is to substantiate the significance of the hierarchy of regulators of violence by identifying the main regulation formats. From the standpoint of functional and system analysis, the authors examine the optimality of the hierarchy format established by the great powers to develop other formats: international law and world politics. This facilitates the emergence of a paradigmatic explanation of the “load-bearing structures” of IR, in which the regulators of violence are formatted.[2]

To put it in N. Luhmann’s terms, the desire to use selective agreements between states (authoritative collective agreements) to limit contingencies (withdrawals from agreements, violation of agreements) leads to an understanding of the possibilities of interaction between power balances and hierarchy. A hierarchical system of IR regulators has been emerging. Many IR concepts are based on the regulation of violence, expressed through “balance of power,” “restrictions on the resort to force,” “mutually balancing coalitions,” “restrictions on concentrated power,” “binding institutions”[3], “levelling vulnerability”[4]. But balances do not abolish hierarchies; they can be thoroughly combined with the latter, integrating into hierarchical structures at such levels of regulation of the balance of forces:

The research hypothesis is as follows: it is precisely this hierarchy that can act as a guarantee of a relatively stable state of the IR. Moreover, inner hierarchies are possible within these levels. For example, at the first level, a hierarchical superstructure, “the balance of forces of nuclear superpowers” ​​appeared; at the third level, there are hierarchical dependencies: regional powers – satellite states – “falling” states – unrecognized states.

We consider “load-bearing structures” (formats) of regulation as subordinate subsystems of the hierarchy in the IR. The hierarchy of regulatory formats allows them to complement and insure each other, although they differ in terms of the modes of selective agreements and restrictions on contingencies. Of particular importance is the supreme power format of regulation, which we conditionally call “authoritative agreements of powers.” For Hobbes, “the international sphere was … the sphere of purely political relations between sovereigns: having no natural-eternal law above themselves, states formed a new order of regulated war.”[5] Control was exercised by a limited circle of rulers. The world order, according to S. Shakhalilov, is “rules established by the victors”[6], which refers us to examples of authoritative selective agreements (the Westphalian Peace, the “Concert of European Powers”, the Yalta-Potsdam Order), as well as examples of contingencies, for example, within the framework of the Versailles-Washington peace and the Washington-Malta world order after the Cold War.”

An essential role in the stability of the Yalta-Potsdam world order was played by the balances of the “authoritative agreements of the great powers” format (mostly the nuclear parity of the superpowers), which stimulated the coordination of national and common interests in world politics with the help of international legal acts. The confrontation and interaction between NATO and the Warsaw Pact, bilateral agreements between the US and the USSR maintained the balance of power between the superpowers and their alliances. And this made it possible to preserve the hierarchy of formats as an acceptable “framework” for the functioning of international law and world politics. The doctrines of “detente” and “shuttle diplomacy” by G. Kissinger, the theory of G. Tunkin about “peaceful coexistence of two world systems” helped to reduce the severity of the confrontation between the USA and the USSR.

The balances of power are the result of authoritative selective agreements that contain contingents. This led to the establishment of rules, primarily by the most potent powers (superpowers), based on the applied violence results and the capacities of “deferred” violence. This ensured the formation of normative structures that quickly emerged concerning situations and were more stable than other formats (agreements of powers, or “world order”).

The Peace of Westphalia gave actual examples of the “world order” as a setting for authoritative selective reconciliation, establishing the status of sovereign states and their mutual responsibility for maintaining peace and regulating wars. The Congress of Vienna refined the authoritative selective negotiation system provided by treaties and delayed violence from the five powers. The Crimean War shook this format; nevertheless, it survived.

The Treaty of Versailles, conversely, undermined the “spirit of Westphalia,” increasing anarchy, destroying the system of “deferred violence” in Europe. D. Lloyd George wrote in 1923: “Only one thing can be said with certainty about these treaties: they will plunge the cause of the European world into an even more precarious and unstable position. A world plucked out by triumphant force from a defeated enemy is never a good world.”[7] It was not possible to establish a hierarchy of formats for regulating violence since the “world order” format (authoritative selective agreements) was disavowed by the contradictory actions of the USA, Great Britain, and France. At the level of the “world order,” the balance of powers was demolished, the collective security system turned out to be not authoritative, the functioning of the “international law” format was undermined, and the national egoism of states was curbed in the “world politics” format. The Yalta-Potsdam world order as a whole restored the principles of Westphalia until the end of the 1980s.

After World War II, international relations were well-organized with coalitions of states that took into account changing national interests. Under the aegis of the balance of the superpowers, international relations came to a state of equilibrium. Players in the international arena made a clear choice of alliances, clearly defining their interests. The Non-Aligned Movement was active. The international relations remained anarchic, but clear coalitions maintained the balance of power before getting to “war of all against all.” The strategic contract of the United States with European countries promised economic tutelage, non-use of military force and protection from attacks by third countries, and joining the OECD.[8] The Marshall Plan, as an economic aid program, helped to draw most of the protected states into NATO. Those, in turn, agreed not to create alliances between themselves opposing the United States. International relations were consolidated by international legal substitutes (OECD, Bretton Woods system, IMF, World Bank). Doing so, the United States created a system of selective coordination, formed an Atlantic centre (“pole”) of power, coordinated with the centre of power formed by the USSR.

The regulation of violence at the level of the world order reflects not only military confrontations but also the economic confrontation of powers, their cultural and informational mutual influence. In financial and economic terms, the balance of power in the Yalta-Potsdam format was “undermined” by the Bretton Woods institutions and then the Jamaican Accords, which influenced the reserve currency supply under the control of the US Federal Reserve System. Nevertheless, in the post-war period, the two superpowers created conditions for authoritative selective agreements and for limiting dangerous contingents. The world community was kept from slipping into a large-scale war.

At the end of the 20th century and in the 21st century, the balance of the superpowers and the hierarchy was undermined. Hybridization of the “defence system as a system of leading states” took place. The negative consequences can be explained using different theory-methods. Institutionalists note that with the end of the confrontation between the USSR and the United States in the post-Soviet space and outside it, innovations of Western countries (open-access institutions) were introduced. However, there was no critical material and methodological support for innovations. Several states had not yet approached the thresholds allowing for Western-style reforms, taking into account their socio-cultural codes and controlling violence, which generated destructive disorder.

Previously, the hierarchy of the bipolar world order held back such hasty innovations. With the destruction of bipolar world order, for example, in Russia, Moldova, Armenia, Ukraine, reforms led to the shutdown of deferred violence mechanisms. With the elimination of the “load-bearing structure” (authoritative agreements of powers), the politicization of international law intensified, in particular, with the help of the principle of the priority of human rights over the sovereignty of states, the engagement of political rights to the detriment of economic and social ones. Such destabilizers as global financial crises, “colour revolutions”, and the migration crisis of 2015 appeared. The world community turned out to be incapable of authoritative selective agreements regarding the threats of a pandemic.

[3] Inkenberry J. After Victory. After Victory: Institutions, Strategic Restraint, and the Rebuilding of Order after Major Wars. Princeton, NJ, 2001. P. 24.

Previous post The 21st Issue of The Rest: Journal of Politics and Development is Out Now! 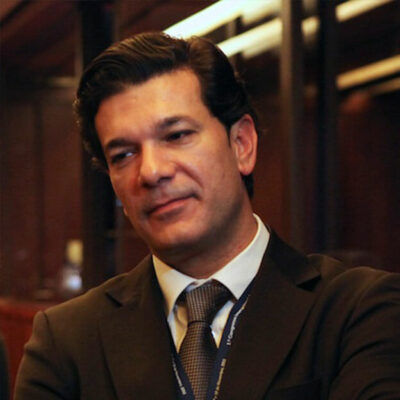 Next post Interview with Professor Luis Tome Future of NATO: Significant Insights from 2021 Meeting of NATO Ministries of Foreign Affairs