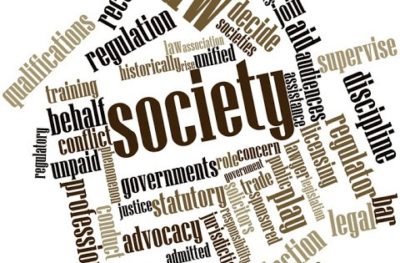 In the second half of the twentieth-century democratic states failed to secure individual rights, freedom and secure citizenship. Instead of securing and providing individual rights and freedom, they turned into undemocratic policies restraining them. This led to the frustration and disenchantment with the state machinery and apparatus and invoked civil society organization to secure individual freedom, citizenship by themselves and so to democratize society. Although civil society and state are not antagonists within a democratic framework (though in a totalitarian regime), civil societies are functioning as a device to secure the above-mentioned rights of the individual through a democratic state and within the democratic framework.

This disappointment with the state is very clear in three very diverse contexts. Firstly, it occurred in the Marxian understanding of the relationship between economic interests and political institution. In the critique of Hegel philosophy of rights, focusing on the right to property sanctioned by civil society, he maintained that the state lacked the ability to expressed universal interest common to society as a whole. Gramsci furthers this idea by associating the state with an instrument of direct coercion and civil society with the creation of hegemony. Secondly, this disillusionment with the state emerges in socialist societies faced with a totalitarian regime. Here the state does not appear as the embodiment of freedom; rather, it represents a force restricting and curbing the civil and political liberty of the individual citizens. Under these circumstances, the state seems to be against civil society. Therefore, civil society organization fights against totalitarian state understanding and policies to store democracy. Thirdly, it is seen in terms of lack of participation and development in both developed western and developing countries like India. In the west, though within a framework of strong civil society and weak state, the state not actively involved in the affairs of the society and acted as a locus of the representation of a range of different interests, the centralized and highly bureaucratized state does not allow the citizen to participate and govern themselves. Therefore, they disappoint the state and seek to limit the state by giving powers of decision making to the community of place and interest.

This sentiment is also in third world country like India. This is expressed very similar to Marxists and non-Marxists. For Marxists, a post-colonial state in India cannot accommodate the interest of the weaker section of the society. So, the democratic struggles are placed in civil society. For non-Marxists, most notably Rajni Kothari, the path of development that Indian state has adopted is deeply flawed. The focus on market efficiency, profitability, development and national security has made the Indian state unresponsive, if not hostile to the basic rights of the common man. So, for him, civil society is the arena where marginalized groups of social protest and struggle for their essential human and democratic rights.

Return to the Tradition

This disenchantment with the state has, however, taken different manifestations. In some cases, it has resulted in a recall of sentiments and structures of the past. In others, there is a demand for the strengthening of intermediate organizations independently (lack of interference of the state) that would realize the promise of constitutional democracies.

Those who critics state and recall the past are called cultural critics. In India, Rajni Kothari (Indian political scientist) is one of them, as he is disappointed with the state, he legitimizes civil society institution more (due to its self-managing and direct participation nature) to deliver constitutional rights which are independent of the state (Kothari, 1995). For him, the state is divisive in its orientation; it seeks to marginalize community and estrange them from each other. Instead of unity, the state brings homogenization of culture, politics, and economics where the poor, minority, marginalized do not fall in line and oppressed by elite section of the society and state. Therefore, they need to be tied off with their community belonging sentiments and traditions without the interference of the state. Within this framework, civil society organizations do not appear as a correlate of democracy. Indeed, this perspective suggests that civil society was strong in pre-modern India as it was governed through traditional community institutions that allowed people to manage their affairs with little interference with a state like the western ones.

But in western democracies, community identities and institutional structure have either disappeared or been compelled to function in accordance with the minimum framework of democratic equality prescribed by the state. Consequently, social institution and religious institution like the church have been transformed into the voluntary organization. However, in India, where the task ensuring inter-group and intra-group inequality remains unfulfilled, empowering all type of religious and social institutions to tend to hinder the realization of democratic equality. What matter in a democracy is not autonomy, rather the principle on which they function? Kothari neglects this (Mahajan, 1999). One of those who adhere to the principle of strengthening the intermediate institution is Andrew Beteille. He sees the institution based on kinship, caste and religious and even state as the enemy of civil society organizations and argues that the emergence of open and secular institutions based on rational-legal principle is conducive to the growth of civil society. In contemporary India, Beteille sees banks, universities, hospitals as such an institution.

From Andrew Beteille treatment of intermediate institution, it appears that as long as these institutions work efficiently, they are worthy of protection. As he sets high efficiency of inter-mediate organizations, he thinks that they do not adequately take citizens into account. Though they stand for the efficiency of citizens, they exclude citizens at the initial stage. Further, the efficiency of the intermediate institution has little to do with citizenship which has a tendency towards equality. If one followed the path shaped by Beteille position, this modern institution could well function along lines inimical to the interest of citizens in general (Gupta, 2003). Beteille sees both state and religious institution is an enemy of civil society. Therefore, he ignores Hegel. To Hegel, civil society was distinct from either the household or the state.

This ethic of freedom, for Hegel, can be experienced in the family, in the corporation and in its highest form in the state. The family is no longer simply an institution of sexual gratification and patriarchal oppression, but one where the altruistic tie of blood and marriage are in consonance with the rights of citizens. And the corporation is not just market-oriented and self-seeking in its disposition, but contracts and relates according to policies that do not undermine the well-being of citizens. The corporation is thus under the surveillance of the public authority. Thus, no longer is state autocratic, but bureaucratic. The state in which civil society manifests is a constitutional democratic institution. Hence, it secures individual rights, freedom and citizenship within the democratic framework of the state.

In conclude, since states are a disappointment in the modern world, civil society has moved in to fill the lost, which is providing individual, citizenry and human rights. Therefore, we can say, civil society is a vehicle taking people to individual freedom, rights and citizenship if it is democratically organized. 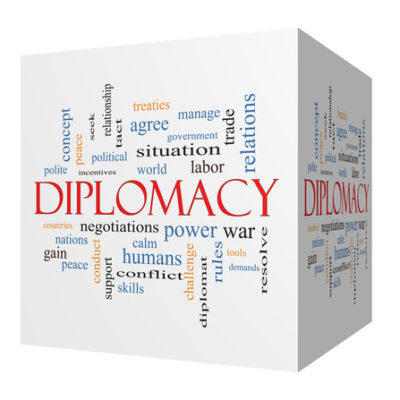 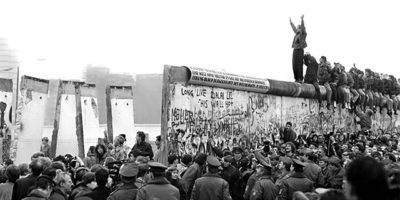 Next post The Fall of the Berlin Wall, the Collapse of the USSR and the End of Cold War A Chain of Surprises ‘Too Big’ to Be Predicted