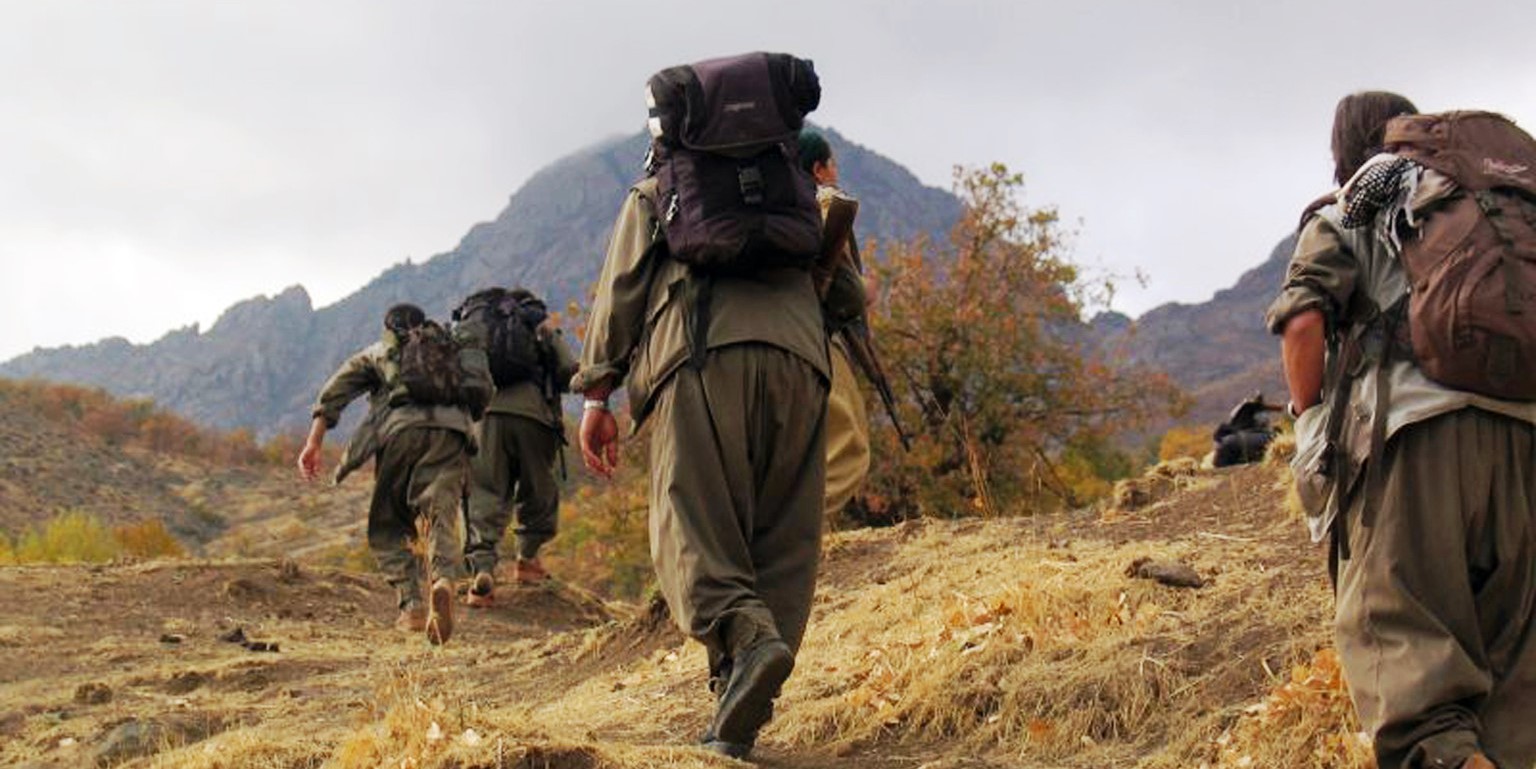 It might be quite bold to say, but the PKK does not care about anything but the existence of Kurdish cantons in Syria. It cares about this much more than the lives and the future of Kurds. The PKK and its institutional industry have still not taken lessons from the violence that resulted from calling people to the streets. Actually, they are fully aware of the potential outcome of such uncontrollable street violence and they want to increase this violence merely to consolidate their ideological presence, which has been primarily based on Marxist-Leninist beliefs, despite some fluctuations. The point here is that ultimately, the cantons are the materialized, tangible results of the leftist-centered ideological arguments of the PKK. Therefore, if such a status demonstrates that it is applicable, it would then provide the central uniting fact for future visions for other Kurds, and as they themselves maintain, for the entire Middle East.

Since the cantons have been unilaterally declared, every single speech by pro-PKK organizations suggests that the cantons could be a starting point for a democratic and peaceful Syria. There are three core characteristics that make these cantons the most significant, but at the same time, also suggest practical preparation for becoming more authoritarian. First of all, these cantons’ operations are radically democratic, as every component in the region participates in the decision-making process – areas that were comprised of many different ethnic and religious groups that all lived peacefully together, of course, until they were brutally and inhumanely attacked by the Islamic State of Iraq and al-Sham (ISIS) in Kobani.

The Democratic Union Party (PYD) and People’s Protection Union (YPG) reacted with a supposedly democratic response, considering the PKK and People’s Defense Forces (HPG) structure, respectively, allegedly forming the most democratic administrative units through eliminating its own opposition such as Erkad al-Islam and the Kurdistan Democratic Party’s (KDP) organization, even with armed struggle. The KDP’s peshmerga forces might assist YPG forces in Kobani, but it would not change the reality that more than 50 people from the Syrian KDP were held in prison by the PYD. Moreover, there was a previous agreement between President Masoud Barzani of the Kurdistan Regional Government (KRG) and the PYD regarding mutual understanding and action, but the PYD broke its word by imposing single-minded politics in its cantons, especially in the case of refugees from Syrian Kurdistan to Iraqi Kurdistan. So, what makes them democratic is fighting against the radical Islamist ISIS and an authoritarian way of gaining power.

Secondly, it is not necessary to mention the ideological background of such administrative units as at the last conference in the city of Van, members of the Kurdish cantons participated with the ideals: “Let’s communalize our lands, water and energy. Let’s build democratic free lives.” The content of the final statements of that meeting are full of discussions similar to Soviet agendas of the 1930s and 1940s. Furthermore, both the Kurdish Communities Union (KCK) and Peoples’ Democratic Party (HDP) members called for all socialist and progressive forces in Turkey and the world to support Kobani and the cantons against reactionism, including all versions of Islam ranging from Sufism to Salafism. Based on this ideological background, it is not surprising that Kobani is being compared to Stalingrad. What this means is that the common point of all statements emanates from the same belief – secularism. It is for this reason that from their standpoint, religion should be taken as culture rather than divinity. This approach manifests itself in a statement by a member of the KCK executive council, Sabri Ok, who said that Alevis should be left alone in their different culture as there is no need to adapt them to fit into the dominant form of Islam. From this perspective, it makes perfect sense that all Islamic-affiliated groups or socio-political organizations are considered by the pro-PKK institutional industry as the same as ISIS regardless of their distinctive theological standpoints, as they are also automatically undemocratic. Before moving onto the next characteristic, it should be noted that ISIS’s un-Islamic and senseless actions would not be adequate to make all Kurds believe that all Islamic groups are the same and that religion is a way of exploitation, as their socialist secular ideology suggests.

Finally, nationalism seems to be a driving force behind the PKK and its institutional industry. As a result, they used the ethnic identity of those from Kobani, who are mostly Kurds, as a justification while asking for military assistance from Turkey and other countries to fight ISIS. In addition, a direct link between the ongoing reconciliation process in Turkey and Kobani’s survival has been made. While taking this action, they have not refrained from acting as if they represent every single Kurd in the region, and actually, in the world.

Regarding the last characteristic, a close look at Kobani will reveal that the pro-Kurdish institutional industry does not emphasize the number of Kurds that have been allowed to come to Turkey, but instead they primarily focus on the status of the Kurdish cantons in Syria. Initial official political recognition of the cantons was included on the list of things Turkey should do if it wants to continue the reconciliation process. Neither nationalistic nor humanitarian approaches can explain it as their shared ethnicity and humanity should be the primary concern. It is as though official status is more important than collateral damage.

From the list above, it can be understood that the pro-PKK institutional industry wants to create a solid official unit that has to be secular, democratic, socialist and nationalist, although based on their own understanding of these terms. This is now the most important issue that the PKK wants to address and is something it is willing to do at any cost including affecting the reconciliation process in Turkey. Whether consciously or not, the PKK would not return to negotiations as long as it sees that the ideals the PKK has fought for are realized in the cantons. This is the main reason why the KCK council made a statement today and again called for uprisings against “Turkish state attacks.” In the same statement, Ok said, “… democratic autonomy status of the Rojava revolution.”

This is the crucial point. If cantons with the same characteristics in Rojava, as administrative units, are the eventual aim of the reconciliation process in Turkey, and if the cantons are practical examples of what they understand from “democratic autonomy,” for which the Democratic Society Congress (DTK) and Democratic Regions Party (DBP) has spent a tremendous amount of effort, then it means that the PKK itself demands more deaths from both sides to achieve what it has wanted from the beginning. Moreover, this might be the reason why the KCK has called for further uprisings from its supporters and still unconditionally justifies vandalism and the killings of Oct. 6-7.

If the PKK is ready for actual democracy, it should first apologize to people living in Turkey regardless of ethnicity or religion. Turkey is not Syria, and the eastern provinces are not Rojava for them to unilaterally declare cantons. If the PKK wants to have cantons similar to that in Rojava, then it is better to state it publicly and give the people of the region an opportunity to vote democratically in a referendum. At least then it will be consistent with the democratic and peaceful discourses that all pro-PKK institutions use.

To be clear, I am not against the freedom of Kurds in Syria and I know that I do not have the right to suggest how they rule themselves. However, I do not think the current method of administration is applicable, not in Syria and not in Turkey.

The PKK and its legal or illegal institutional industry should not sacrifice more human blood for its ideals if it believes in the importance of Kurdish lives. A final example: There was a time when the Justice and Development Party (AK Party) government in Turkey was considered a concrete model for the Middle East, that the PKK and its institutional industry accused Turkey of acting from an imperialist standpoint inherited from the Ottoman era. How does that fit now that the PKK and PYD suggest that cantons will be the model for democracy and peace in Syria and the Middle East? Kurds deserve more than that, don’t they? 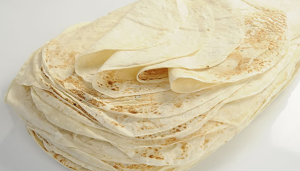 Next post UNESCO as an Ethno-Political Entrepreneur: The Need for Emancipating LAVASH