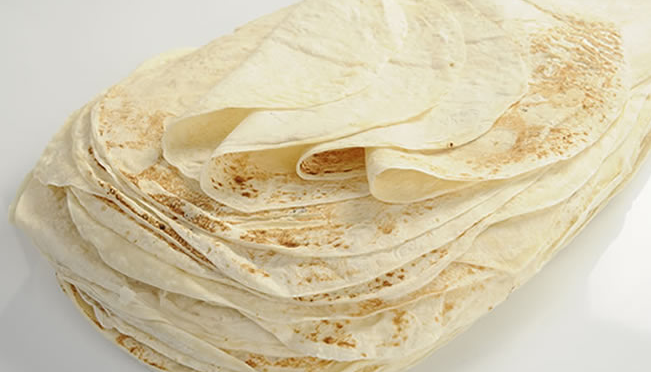 United Nations Educational Scientific and Cultural Organisation (UNESCO), more specifically the Intergovernmental Committee for the Safeguarding of the Intangible Cultural Heritage, has recently decided that lavash is an intangible cultural heritage of Armenia or the Armenian nation. Having looked at the popularity and the communality in terms of consumption of lavash – a type of flatbread – in Armenia, this decision may sound fine, or even positive, as it aims to safeguard a cultural practice. However, this decision is problematic and even further counterproductive for several reasons, some of which are dealt here.

First of all, UNESCO’s definition of intangible cultural heritage is: “The intangible cultural heritage is transmitted from generation to generation and is constantly recreated by communities and groups in response to their environment, interaction with nature and history. It provides people with a sense of identity and continuity, and promotes respect for cultural diversity and human creativity.”

Therefore, acknowledging lavash as Armenian cultural heritage would mean that it is historically kept alive and recreated by Armenians and is a component of Armenian national identity. Yet, can this role be reduced to such a group or can lavash be confined to such identity per se? One should bear in mind that Armenians are one of the oldest people of Anatolia and lavash has historically been part of Anatolian cuisine. How can one single out Armenians as the sole re-creators or sustainers of such a cultural product. Today, lavash is a firm component of the daily cuisine for millions of people in Turkey, Iran, Azerbaijan and Armenia. So, it is legitimate for us to ask how announcing lavash as an exclusively Armenian cultural heritage serves to promoting respect for cultural diversity as declared in the end of the above definition.

Moreover, UNESCO’s intangible cultural heritage definition is problematic also because while considering a specific culture as constantly recreated by communities and groups, it ignores that communities and groups are constantly reconstructed. The definition thus leads one to think these communities and groups are nationally acting as historical entities other than cultural practice categories. Therefore, heritage takes the form of a national one, rather than cultural, which only serves nationalist causes. This leads us to argue that the function of such heritage application would never strengthen the sense of the “cultural heritage of humanity,” rather it makes it a futile effort. In this sense, such a function is far beyond lavash and applies, for instance, in taking “ebru” – marbling – or Turkish coffee as intangible cultural heritage of the Turkish nation, again two recent UNESCO decisions in 2014 and 2013, respectively.

We are getting closer to what makes UNESCO an ethno-political entrepreneur. While having a mission of safeguarding the cultural heritage of humanity, a mission with global implications, UNESCO’s world is made up of people each of which is distinguished by a unique culture. This is a world of distinctiveness and uniqueness rather than hybridity and cross-cultural and cultural crossovers. In this world, people are treated mostly as state-bound societies composed of ethnic groups and culture is naturally inclined to group solidarity, which ends up confining cultures to national borders and ethnic boundaries. This prevents UNESCO from promoting, advocating and championing the cause of humanity and creates a state of mind from which only the ethno-national claim-holders benefit. This very idea of “heritage” and finding a single community to represent it does not stimulate the sense of joint responsibility to protect it. As self-evidently declared in the definition, heritage provides the bearers with a sense of identity and continuity as distinct ethnic communities with unique culture. Expecting the surfacing of “cultural diversity” out of this picture is, to say the least, naïve. The conclusions this generate do not promote respect for cultural diversity or human creativity, it rather provides ethno-political entrepreneurs, who are in charge of solidifying ethnic boundaries and make use of them to generate ethno-national gains, with required arguments to claim and defend their nationalist drive and causes focused on ethnicity. Unfortunately, adopting a view of such a world makes UNESCO act as an ethno-political entrepreneur.

In this context, acknowledging lavash as an intangible cultural heritage of Armenia serves the ethno-national causes of Armenian nationalists. This decision confines lavash to the boundaries of Armenia, albeit the cross-cultural character of it. It denies and ignores the inter-cultural contributions the people of Anatolia and beyond have made to each other and, moreover, betrays the cultural diversity of the cuisine of the region. More than that, this decision introduces the culture to the ongoing ethno-political conflict as a domain to sustain it, which finds reflections also at the societal level. In short, it pits the Armenian people against Turks or Azeris and vice versa. Thus an action to promote diversity becomes an obstacle to it.

A final point deserves mentioning before concluding. The very first scene of the introductory video on the UNESCO website to introduce lavash as an intangible cultural heritage is of Mount Ararat in Turkey. A video of propagating culture at the very beginning is used as a space to representatively campaign for nationalist causes and irredentist wills. This, I think, evidently validates our argument in saying that UNESCO serves the purposes of ethno-political entrepreneurs and nationalist causes, thus posing very critical harm to peace efforts by bringing a political conflict to the societal and cultural domain. 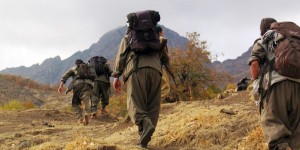 Previous post Anatomy of the PKK: Violence and Self-Interest

Next post The Clash of Powers or The Dawn of a New Era?