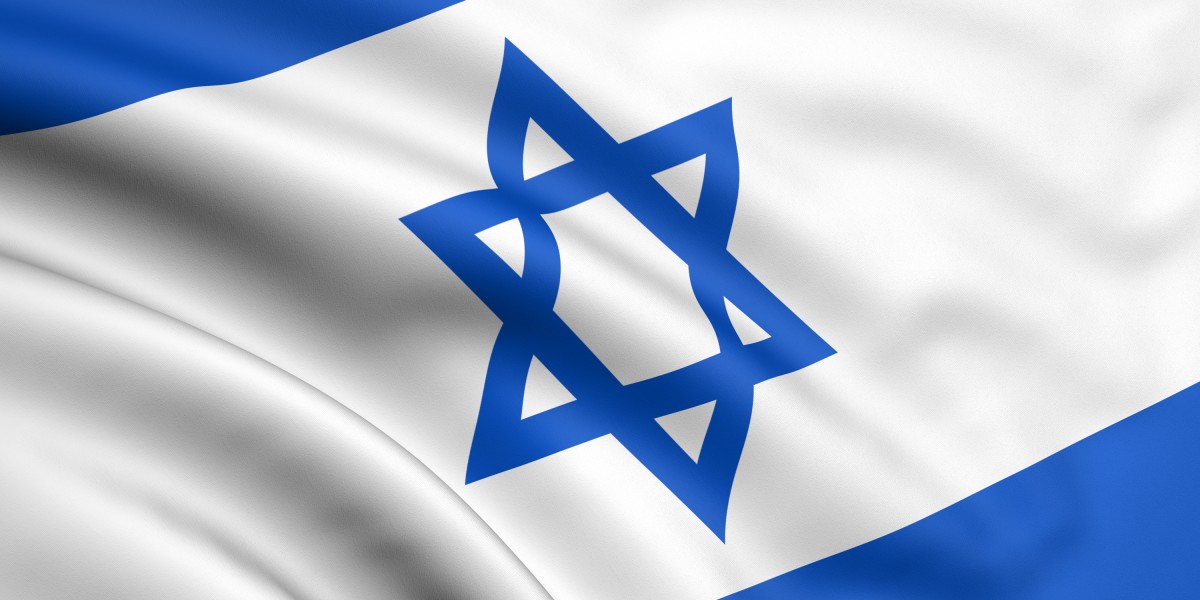 Introduction
A recent article by Jorge Elbaum, the former executive director of DAIA (Delegation for Argentine Jewish Associations), the principle Argentine Jewish umbrella groups, published in the Buenos Aires daily (Pagina 12) provides a detailed account of the damaging links between the State of Israel, US Wall Street speculators and local Argentine Zionists in government and out. Elbaum describes how their efforts have been specifically directed toward destabilizing the incumbent center-left government of President Cristina Fernandez, while securing exorbitant profits for a Zionist Wall Street speculator, Paul Singer of Elliott Management as well as undermining a joint Iranian-Argentine investigation of the 1994 terrorist bombing of the Jewish Community Center in Buenos Aires.

Elbaum’s article was written in response to the death of Alberto Nisman, a Zionist zealot and chief government prosecutor in the terrorist bombing investigation for over 20 years.

The serious issues raised by the political use and gross manipulation of the horrors of the bombing of the Argentine Jewish Community Center shows how Tel Aviv (and its political assets in Argentina and the US) further Israeli power in the Middle East, in particular, by isolating and demonizing Iran. This is important at two critical levels, which this article seeks to highlight.

First of all, Israeli attempted to sidetrack the Argentine investigation, by involving some of its powerful Wall Street assets and influential pro-Israel lobbies (the Anti-Defamation League, AIPAC among others). Their purposewas to fabricate ‘evidence’ in order to implicate Iran in the crime and to manipulate their influential assets in Argentina, especially in this case, chief prosecutor Nisman and many of the leaders of DAIA, to accuse the Argentine government of complicity in an ‘Iranian cover-up’.

The second issue, raised by Israel’s intervention in Argentina’s investigation into the bombing, has wider and deeper implications: How Israel promotes its foreign policy objectives in various countries by grooming and manipulating local influential Jewish officials and community organizations. This furthers Tel Aviv’s goal of regional hegemony and territorial aggrandizement. In other words, Israeli political reach extends far beyond the Middle East and goes ‘global’, operating without any consideration of the dangers it inflicts on Jews in the ‘target  countries’. To this end, Israel has been creating a worldwide network of Jews, which calls into question their loyalty to the polity of their home countries where they have resided for generations.

The nefarious impact, which Israel’s intervention has on the sovereignty of its ‘target countries’, presents a danger to innocent and loyal Jewish citizens who are not acting as agents of Tel Aviv.

For these reasons it is important to critically analyze the specific characteristics of Israel’s dangerous meddling in Argentina.

The Crisis of the Argentine Justice System: Unsolved Terrorist Crimes and Israeli Intervention
After the anti-Semitic bombing of the Jewish Community Center in Buenos Aires, the Argentine judicial and legal system seriously bungled the investigation, despite collaboration from the US FBI and Israel’s Mossad. Argentina’s then President Carlos Menem was an ardent neo-liberal, unconditional backer of US foreign policy and strong supporter of Israel. His  regime was still heavily infested with high-ranking police, military and intelligence officials deeply implicated in the seven-year bloody military dictatorship (1976-83) during which 30,000 Argentine citizens were murdered. Among the victims of this ‘dirty war’ were hundreds of Argentine Jews, activists, intellectuals and militants who were tortured and murdered to the anti-Semitic taunts of their military and police assassins.

During this same horrific ‘pogrom’ of Argentina’s committed Jewish activists, the state of Israel managed to sell tens of millions of dollars in arms to the junta, breaking a US-EU boycott. Notoriously, the conservative leaders of the DAIA and AMIA (Argentine-Israel Mutual Association) failed to defend the lives of Jewish activists and militants. After attending meetings with the junta, many conservative Jewish leaders would dismiss the concerns of the families of the disappeared and tortured Argentine Jews, saying: ‘They must have done something…’

The bungled investigation into the 1994 bombing included the arrest of right-wing police officials who were later released and the mysterious loss of vital forensic evidence. Accusations against various foreign regimes and organizations shifted according to the political needs of the US and Israel: First, the Lebanese group, Hezbollah, Israel’s main military adversary during its bloody occupation of southern Lebanon in 1990’s was touted as the responsible party. A few years later, Iraqi President Saddam Hussein, prior to the Israeli-backed US invasion of Iraq; then the Palestinians were trotted out, followed by Syria’s Baathist intelligence forces. After the total destruction of Iraq by the US ‘coalition’ and the decline of influential Arab states in the Middle East, the Israelis have settled on Iran as the ‘prime suspect’, coinciding with Teheran’s rise of as a regional power – challenging Israeli and US hegemony.

With the 2001 collapse of Argentina’s version of a kleptocratic neo-liberal, pro-US bootlicking regime, and in the midst of a dire economic depression, there was a popular upheaval and the subsequent election of President Kirchner bringing a new center-left government to power.

The new government, defaulting on its murderous foreign debt, oversaw Argentina’s economic recovery and a vast increase in social spending which stabilized capitalism. Kirchner also promoted greater independence in foreign policy and sought to enhance Buenos Aires relations with Israel by re-opening the investigation into the bombing and retaining Alberto Nisman, as chief prosecutor.

Nisman, the Mossad and the US Embassy Connection

In his article, ‘Vultures, Nisman, DAIA: The Money Route’ (Pagina 12, 4/18/15), Jorge Elbaum, points out that chief prosecutor, Alberto Nisman, opened secret bank account in New York. As Elbaum told prominent figures in Argentina’s Jewish community, Nisman’s campaign to discredit the government’s joint investigatory commission with Iran and demonize the Argentine government was financed, at least in part, by New York’s vulture fund head, Paul Singer, who stood to make hundreds of millions in profit. According to documents, cited by Elbaum, US embassy personnel and leading US Zionist organizations, including the Foundation for Defense of Democracies, led by Mark Dubowitz, as well as Abe Foxman of the Anti-Defamation League, fed Nisman fabricated ‘evidence’ and corrected numerous substantive and grammatical flaws in his report purporting to ‘demonstrate’ Argentine’s cover-up of the Iran’s role in the 1994 bombing. However, forensic and legal experts in Argentina have determined that Nisman’s claims lack any legal basis or credibility.

The entire ‘Operation Nisman’ appears to have been orchestrated by Israel with the goal of isolating Iran via fabricated evidence supposed to ‘prove’ its role in the 1994 bombing. The recruitment of Nisman, as a key Israeli operative, was central to Israel’s strategy of using the DAIA and other Argentine – Jewish organizations to attack the Argentine-Iran memo of understanding regarding the investigation of the bombing. Israel pushed US-Zionist organizations to intensify their intervention into Argentine politics via their networks with Argentine-Jewish organizations. The vulture-fund speculator, Paul Singer, who had bought defaulted Argentine debt for ‘pennies on the dollar’, was demanding full payment through sympathetic New York courts. He had funded a special speculators’ task force on Argentina joining forces with Israel, US Zionist organizations and Alberto Nisman in order to manipulate Argentina’s investigation and secure a bountiful return. Nisman thus became a ‘key tool’ to Israel’s regional military strategy toward Iran, to New York speculator Singer’s strategy to grab a billion dollar windfall and to the Argentine right wing’s campaign to destabilize the center-left government of Kirschner-Fernandez.

By acting mainly in the interest of Israel and US Zionists, Nisman sacrificed the Argentine-Jewish community’s desire for a serious, truthful investigation into the bombing leading to identification and conviction of the perpetrators. Moreover, Nisman compromised himself by being a tool for Israel’s foreign policy against the interest of the Argentine government, which he was sworn to serve, and endangered the status of the Argentine Jewish community among Argentines in general by raising questions about their loyalty to their home country.

Fortunately, Argentina has sophisticated, prominent Jewish leaders who see themselves as Argentine citizens first and foremost, including leaders like Foreign Secretary Hector Timmerman who proposed the joint investigation with Iran as well as the former DAIA Executive Director Jorge Elbaum who has played a major role in denouncing Israel’s intervention in Argentine politics. It is citizens, like Elbaum, who have exposed the Israeli government’s role in recruiting and manipulating local leading Argentine-Jews to serve Tel Aviv’s foreign policy interests.

This is in stark contrast to the United States where no major American-Jewish leader has dared to denounce the role of leading Zionist organizations as Israel’s conduit. Furthermore, unlike Argentina, where a sector of the liberal press (Pagina 12) has published critical accounts of Nisman’s fabrications and Israel’s destabilization campaign, newspapers in the US, like the New York Times, the Wall Street Journal and theWashington Post, have continued to present Nisman’s discredited report as a serious investigation by a courageous, ‘martyred’ prosecutor. The US media continues to portray the entire Argentine judicial system as corruptand argue that Nisman’s death must have been a state-orchestrated crime.  The US public has never been presented with the fact that the leading critics of Nisman’s report and his own behavior were prominent Argentine Jews and that Argentina’s foreign minister, Hector Timmerman, organized the Argentine-Iran commission.

Conclusion
That Israel was willing to derail any serious the investigation into the 1994 bombing, which killed and maimed scores of Argentine Jews, in order to further its campaign against Iran, demonstrates the extent to which the self-styled ‘Jewish State’ is willing to sacrifice the interests and security of world Jewry to further its narrow military agenda.

Equally egregious is the way in which Tel Aviv recruits overseas Jews toserve Israel’s interests against that of their own countries, turning them into a ‘fifth column’, operating inside and outside of their governments. That Israeli intelligence has been exposed and denounced in the case of Nisman, has not forestalled nor prevented Israel from continuing this long-standing, practice of dangerous meddling. This is especially evident in the‘Israel-first behavior’ of leading Jewish American organizations and political leaders who have pledged their total allegiance to Netanyahu’s war agenda against Iran an bought the US Congress to scuttle the peace accord.

It merits repetition: Israel’s widespread practice of recruiting Jewish citizens and officials of other countries to serve as vehicles of Israeli policies has the potential to foment a new and possibly violent backlash, once the greater population has been made aware of such treasonous activities. In this regard, Israel does not represent a bastion of security for world Jewry, but a cynical, manipulative and deadly threat. Perhaps that is Israel’s ultimate strategy – create a backlash of generalized anger against overseas Jews and precipitate massive flight to Israel from countries like Argentina, while the few who remain can be better manipulated to serve Tel Aviv.

Epilogue
A few days ago, on April 23, a crowd of several hundred Argentine Jews met to repudiate the arrogant claims of the established leaders of the DAIA and the AMIA that they represent ‘all Argentine Jews”. This overflow crowd in the auditorium of the telephone workers union proposed to create a ‘collective and democratic space, based on links of solidarity over and above commercial connections.’ The Jewish community in the US would be wise to pay close attention to Argentina’s example. 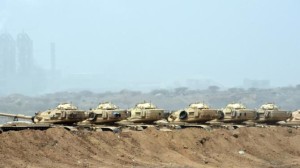 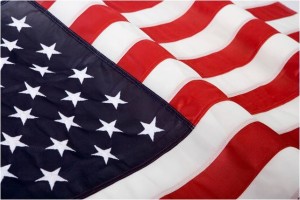