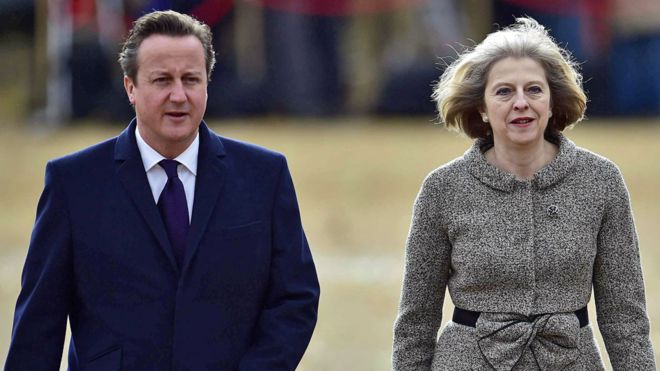 David Cameron started his career as party leader with a simple wish: to get the Conservative Party to ‘stop banging on about Europe’. However, he did not have a strategy for making his dream come true. Instead, he took a series of tactical decisions in hopes that each would silence Tory Eurosceptics committed to ‘banging on about Europe’ until Britain left the EU.

When canvassing for support in the 2005 party leadership contest against David Davis, Cameron promised to take the Conservative Party out of the largest political group in the European Parliament, the centre-right European People’s Party (EPP). After becoming leader, he fulfilled his pledge. An incidental consequence was that this denied him the experience of periodically meeting with leaders of centre-right parties whose support he subsequently sought in a vain effort to secure a renegotiated membership deal for the UK prior to the EU referendum.

A second stop to Eurosceptic demands was the 2011 European Referendum Act requiring a national ballot on any future transfer of powers from the Westminster Parliament to Brussels. The Foreign & Commonwealth Office regarded this as a harmless symbolic measure unlikely to be invoked because of disagreements among EU member states about whether or how the EU’s powers should be increased.

Despite these measures, Eurosceptic MPs banged their drum even harder. In the last Parliament, a private members bill was introduced to authorize an In/Out referendum. At the time, the Coalition government of Conservatives and pro-EU Liberal Democrats would not accept the bill and it died. However, pressured by his MPs, Cameron pledged to call a referendum on the UK’s membership of the EU after the 2015 election. Instead of producing another Coalition government that would not countenance an EU referendum, Cameron won an outright majority.

Cameron’s dream turned into a nightmare as the calling the referendum resulted in even louder ‘banging on about Europe’ and Tories disagreed about the direction in which to march. Cameron tried to march in two directions at once, stating that the case for remaining in Europe rested on his success in repatriating powers from Brussels to the British Parliament. This was dream, because it violated a fundamental doctrine of the EU, the acquis communitaire. It postulates that once very lengthy intergovernmental negotiations give a certain power to the EU, no member state can claw that power back.

Cameron sought to win the referendum by getting the EU to suspend the UK’s treaty commitment to accept the free movement of EU citizens to Britain. To secure a deal, he turned for help to his new-found friend Angie. However, his eyes were opened when the German Chancellor, Angela Merkel, made clear that she did not want to risk German political capital in what would likely be a vain attempt to get an unprecedented derogation from the EU treaties that went against the national interest of many member states.

To promote his wish, last November Cameron met with Theresa May and Philip Hammond. Both the then Home and Foreign secretaries told him that the deal on free movement he wished for was simply not practical. According to an eye-witness advisor’s account, Cameron was surprised and denounced them as ‘lily-livered Cabinet colleagues’ for not joining him in his wishful pursuit. They were realists, recognising that Cameron’s strategy would lead to a public defeat that would strengthen the Brexit cause.

Cameron returned from the February European Council with temporizing statements about possible future EU changes that he trumpeted as a major set of concessions. But Tory MPs were not taken in. Given the choice between defending symbolic promises and firming up support from their voters, many MPs came off the fence and endorsed Brexit.

Theresa May acted consistently with Cameron’s initial goal: she avoided banging on about Europe. She lined up in favour of remaining in the EU on the grounds of loyalty to the Prime Minister while not actively campaign for remaining in. She thus avoided George Osborne’s fate of making her political future dependent on a majority vote to remain in the EU. The pledge she made to become Prime Minister, that ‘Brexit means Brexit’ – was a realistic commitment to accepting the referendum result without raising specific expectations about the UK’s future relationship with the EU.

In Downing Street Theresa May has so far avoided encouraging dreams about a cost free soft Brexit or about the UK being able to rebuild long-gone Imperial ties immediately upon leaving the EU. The announcement that the negotiations triggering the countdown to Brexit will not begin for up to 15 months gives her time to prepare a set of negotiating goals that are not the stuff of dreams.

May has also sought to distance herself from Brexit by placing Boris Johnson, David Davis and Liam Fox in key roles for negotiating what happens after the UK leaves the European Union. Placing these three in the roles of Foreign Secretary, Minister for Brexit, and a new International Trade post means that they, rather than she, will be the public face of Brexit. They will thus be responsible for any failure to secure hoped for concessions from the EU and such rude awakening that follows when the UK leaves the European Union in 2019.  Meanwhile, Theresa May will be not be dreaming about Europe but carefully laying the groundwork for winning the 2020 British general election.

This article was originally published on Bridging the English Channel. Read the original article. 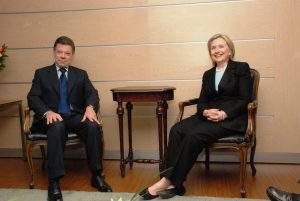 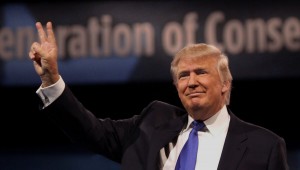