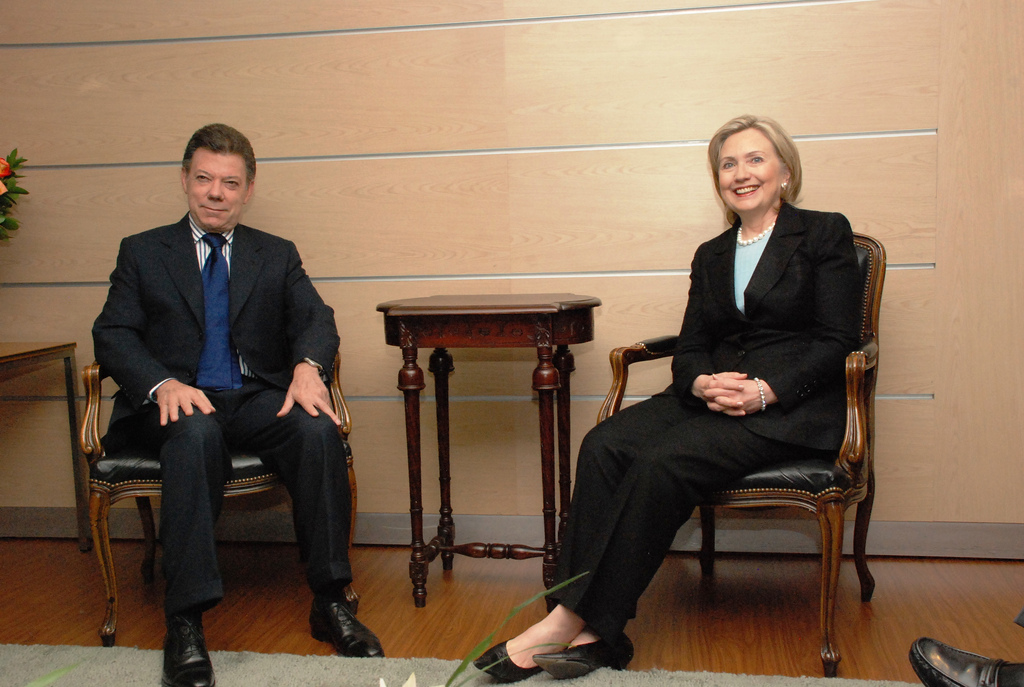 Only days after the people of Colombia voted to reject a historic peace deal he spent years negotiating, the Colombian president, Juan Manuel Santos, received the Nobel Peace Prize for his efforts to end the country’s decades-long war with the FARC guerrilla movement.

The no vote came a week after the government and the FARC had signed a peace deal, and after they had declared a bilateral ceasefire and the end of all hostilities at the end of August. Nevertheless, the Nobel Peace Prize Committee has given Santos and his fellow negotiators a vote of confidence – one that they have earned through years of dogged and determined work.

Santos became president in 2010 after serving as defence minister under his presidential predecessor Alvaro Uribe. Those years were marked by a hardline military approach against the FARC, whom Uribe labelled as “narco-terrorists” that had to be defeated militarily. Previous peace talks had failed and had left many Colombians feeling betrayed by the FARC.

Uribe’s hawkish policy weakened the FARC considerably, including by killing some of the group’s leadership figures, and it made urban areas safer. But it also pushed the conflict towards the country’s peripheries and across its borders, contributing to huge refugee flows and a humanitarian crisis that went largely unnoticed in many of Bogota’s comfortable government offices.

This era was also overshadowed by severe human rights abuses committed by members of the armed forces, including the “false positives” scandal, in which peasants were killed and then dressed up as guerrilla fighters to artificially inflate the body count.

The Uribe administration had stuck to the line that the FARC were narco-terrorists, not insurgents, and that they therefore should never be talked to. At some points they had denied the existence of an armed conflict altogether. But when Santos was elected president in 2010, the government changed course, accepting that it needed to engage the FARC in dialogue.

In 2012, I was carrying out fieldwork at the Colombia-Venezuela border, one of the country’s most war-torn regions, when peace talks between the Colombian government and the FARC were publicly announced. At that time, the displaced people, ex-combatants, military officials, indigenous leaders and other local people I spoke to greeted the news with deep scepticism.

On the ground, it was easy to see why. While the world applauded the start of formal talks, the FARC actually intensified its armed attacks, perhaps to ensure that it would enter the negotiations in a position of strength. The upshot was that even as the talks began, some of Colombia’s marginalised communities were even more vulnerable to violence than before.

When the peace accord was rejected in the October 2 plebiscite, Santos accepted the result and reached out to the opposition – in particular to Uribe – to bring them to the negotiating table and discuss how the accord can be made tolerable for all Colombians. He affirmed that he would remain committed to peace until his last day in office.

Already steps have been taken to try and preserve order. The government and the FARC have now agreed to extend the ceasefire until at least October 31. Together with the UN, they are currently discussing how the FARC’s planned demobilisation process and the mechanisms to verify it can be adjusted to the situation after the no vote.

One of the no campaign’s principal arguments was that the deal as signed offers FARC members legal impunity. However, it does include sophisticated transitional justice mechanisms, according to which those involved in atrocious crimes will be held accountable for their deeds, including through prison sentences. Finding new terms with which the FARC’s leadership agree will be tricky to say the least.

Then there are the country’s other armed groups. Colombia’s armed forces support the government’s efforts for peace. Contrary to previous years, today’s Colombian Head of the Army described his troops as “architects of peace”. Yet while guaranteeing the ceasefire with the FARC, they have to continue military operations against other violent groups such as the ELN. As long as the FARC’s fighters aren’t concentrated in what were supposed to be demobilisation zones, this is a difficult task. A minor mistake could easily spark an escalation.

One might think that the Nobel committee’s decision to award Santos the prize makes this situation more explosive by fueling resentments among those who rejected the peace deal. The country had already become deeply polarised during the run-up to the plebiscite; in the aftermath of the no vote, it’s only getting worse. However, the committee decided not to extend the prize to the FARC’s leader, Timoschenko, which many had speculated they might; a wise decision in such a tense context.

Overall, the prize could serve as a catalyst for a more unifying peace process. In what could be considered a conciliatory gesture, even Uribe congratulated Santos and expressed his hope that it might provide an impetus to find a new accord that all parties can accept.

For those who voted for the deal – now mired in frustration, anger and despair – the Nobel committee’s gesture offers sorely needed encouragement. As a friend from crisis-ridden Norte de Santander said to me, people might now be re-energised to continue to “sow peace”.

The prize might also encourage FARC members to adhere to the peace process instead of abandoning it. Amid the uncertainty around whether the deal’s provisions were really coming into effect, there was a heightened risk for them to cut and run, joining criminal groups, forming their own new gangs, or joining up with dissident elements such as the FARC’s Front 1. These risks remain, but that the peace efforts have now been internationally recognised may give them new hope for a better life as civilians.

The work goes on

The prize will embolden the Colombian government to continue efforts not only with the FARC, which remains committed to achieving peace through dialogue instead of weapons, but also with the ELN.

The ELN and the government have announced the beginning of formal peace talks too, but as of now this group still controls vast areas of Colombian territory where the state is barely present, if at all. When I asked locals in the war-torn department of Arauca earlier this year what they thought about the peace process, they replied that nothing would really change for them since they live under the ELN’s rule.

The award might also help reduce the impact of many other armed groups that operate in Colombia. Before the plebiscite, violent right-wing and criminal groups had already started to fill the power vacuums left by the FARC, and they were taking advantage of the uncertainty to impose their own rules. They may be less able to intimidate vulnerable communities with violent threats and instead face more non-violent resistance from a civil society reassured by the prize’s moral significance.

But above all, the prize puts Colombia and its leaders under more external moral pressure than ever before. The world will be watching Santos and his successors closely, making it even more important that a peace deal is not only achieved on paper but actually implemented. This includes not only demobilising the FARC, but bringing basic services, education and economic opportunities to Colombia’s marginalised regions. Otherwise, new grievances will draw the country back into war.

Through this Nobel Peace Prize award, not only Santos, but all Colombians have won a place in history. After all, peacebuilders across the country have been fighting for the end of war for decades – long before Santos took up his presidency. And hopefully, the weight of history will be a constant reminder to strive for truly sustainable peace.

Future generations should not remember the award as a cynical comment on a failed peace. As the Nobel Committee pointed out and as Santos accepted, the prize should indeed be a tribute to the struggle to end the modern world’s longest civil war – and an encouragement to those who hope for a lasting consensus among Colombia’s divided people. 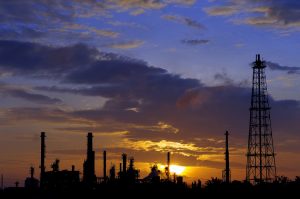 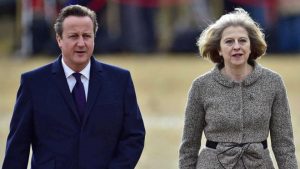 Next post Be careful what you wish for: a tale of two prime ministers