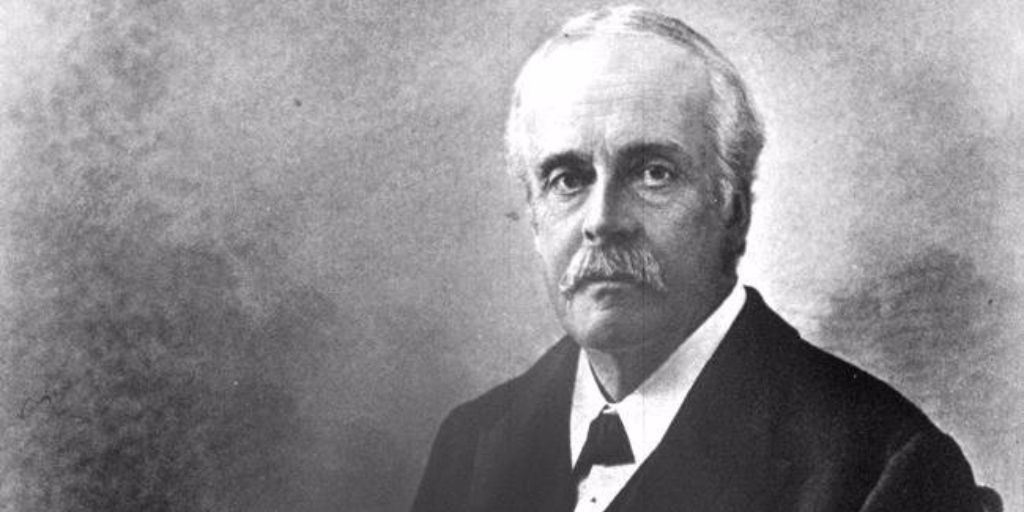 SELLICK, P. (2018), Five generations after the Balfour Declaration: How do Palestinians Resist and Engender Significant Social Change?. Journal of Conlicft Transformation and Security, 6(2): 139–142.

The context of Israeli expansion and Palestinian dispossession

Over the past year, a series of anniversaries has occurred which marks the progressive dispossession and displacement of the Palestinians. One hundred years ago, on 2 November 1917, the British Foreign Secretary Arthur James Balfour wrote to Lord Rothschild “a declaration of sympathy with Jewish Zionist aspirations”, which stated that the British government viewed “with favour the establishment in Palestine of a national home for the Jewish people”. Seventy years ago, in 1947, the United Nations adopted the partition plan which divided the territory of Mandate Palestine into two political communities, one Jewish and one Arab, and the move paved the way for the foundation, not just of a national home for the Jews, but for the nation state of Israel. Fifty years ago, in 1967, Israel occupied the West Bank and the Gaza Strip. Seen together, these anniversaries can be understood to mark not three separate events but rather a continuing process of Israeli expansion and Palestinian dispossession.

Against this background, I write the introduction to this special issue aware that hope for equality between Palestinians and Jewish Israelis is in scarce supply. The articles presented here speak to the dynamic relationship between unequal power relations and the actions of the generation of Palestinians who are now young adults in Israel, the occupied Palestinian territory, and in the diaspora.

Four or five generations have been born since the Balfour Declaration. The Palestinian authors in this special issue belong to the generation that has become known as the isolated or post-Oslo generation. This is a generation of Palestinians who have grown up cut off from each other, not only by the wars of 1948 and 1967, but also by the Israeli and Egyptian siege of the Gaza Strip and the building of the Separation Wall in 2004. The Israeli-built Separation Wall severs Palestinian villages from their agricultural land and the Palestinian population of East Jerusalem from the rest of the West Bank. The authors who have contributed to this issue have been unable to travel freely across the entirety of the territory of Mandate Palestine, and their writing necessarily reflects this. At the same time, since the articles are written from different points of access, together they could be said to construct an imagined political community which is not defined by physical borders.

Power in its plural forms, resistance and cooperation

The Palestinian authors represented in this special issue have all had to comply with limitations on their freedom of movement. Palestinian citizens of Israel who hold Israeli passports are denied entry to those States that do not recognize Israel. Palestinians from the Gaza Strip have been living under siege from both Israel and Egypt since 2007, with minimal opportunities to travel unless they have been granted a rare permit for work, study, or medical purposes. Compliance with this zero-sum first dimension of power has determined not only where the Palestinian research students published in this journal conduct their research but also the sources to which they have access. The UK researcher who visited both Israel and the occupied Palestinian territory confined his research to the West Bank because of the difficulties involved in gaining Israeli permission to enter the Gaza Strip.

In addition to compliance with the usually zero-sum first dimension of power, the authors have also engaged with the two-dimensional power of the structures of Israeli society. As Gaventa and Cornwall have shown, power operates through knowledge production to perpetuate asymmetries and prevent grievances from entering the political arena.1 By publishing the work of Palestinian researchers who have deliberately sought out evidence of resistance to the deeply unequal power relations between Israel and the Palestinians, this special issue expands participation in the knowledge production process to new actors and counteracts the prevailing mobilization of bias.2 The first article is written by Nijmeh Ali, a Palestinian activist born and raised in Israel. She observes the irony of the way in which Palestinians living within Israel, a political entity which they wished had not come into being, campaigned for full citizenship. They complied with the two-dimensional power of the structures of Israeli society in order to gain permanent status and resist becoming refugees.3

Cooperation with prevailing power relations is often a necessary, practical response to an overwhelming situation. The article by Casey Davison O’Brien, who is positioned as an outsider to the two groups of Palestinians he interviews, is a reminder of the complexity and diversity of experience, ranging from cooperation to resistance, which exists within the Palestinian population. Davison O’Brien explores the often uneasy and under-explored relationship between Palestinian youth who grow up in Israel and their peers who grow up in the West Bank. After 70 years, the structural constraints of Israeli society, which entail inclusion and exclusion, have become part of the natural order of things for the current generation of Palestinians living in Israel, and they take it for granted that they are more economically affluent than their peers in the West Bank. Davison O’Brien’s research reveals that, over time, Palestinians who live much of their lives in Israel have changed their behaviour and ideologies, assimilating the dominant culture’s norms, even to the extent that they unconsciously mix Hebrew language with their Arabic, a practice that makes evident and creates cultural distances between them and their Palestinian contemporaries in the West Bank. Davison O’Brien found that this third dimension of power only became apparent to the Palestinians living in Israel he interviewed when they encountered Palestinians living in the West Bank.

Yousef Al Jamal and Ahmed Tannira, both from the Gaza Strip, have interviewed Palestinian students living in the United States, Canada, and Europe about their participation in the Palestinian boycott, divestment and sanctions (BDS) movement launched in 2005. They examine why Palestinian young people living in the diaspora have adopted BDS as a tool of nonviolent resistance. Like Nijmeh Ali, these two authors are interested not only in the resistance these students carry out in relation to Israeli structures of domination but also in the challenge that the younger generation of activists pose to the established Palestinian political hierarchy.

The power of global solidarity

This brings me to the fourth dimension of power and the question as to what kind of subject is being produced by participation in a global resistance movement. I would suggest that one of the reasons for the appeal of the BDS call among diasporic Palestinians is that it adopts a human rights framework which is emancipatory. Yousef Al Jamal and Ahmed Tannira learn from their interviews that, through their activism, Palestinian students in the US, Canada and the United Kingdom were integrated within a global Palestinian diaspora and were encouraged to educate themselves about what it meant to be Palestinian. They also became part of a global solidarity movement made up of Palestinian, Israeli, and international allies. As Nicola Perugini and Neve Gordon note, “The issue is simultaneously one of form and of substance. When in a given situation the existing forms of human rights mobilizations do not help undo domination, human rights activists should reconceptualize and reframe the struggle”.4 Rather than limiting itself to solving individual human rights cases within the Israeli court systems, the BDS movement deploys human rights to challenge the very structures of those courts. By invoking parallels with the pass laws of apartheid in South Africa and the segregated system of the pre-civil rights era in the US, the BDS movement not only calls on people to withdraw their economic support from a particular company, but also to withdraw support from a system which is morally wrong.5 The BDS movement appeals to “people of conscience” and to popular more than diplomatic support and thus it mobilizes human rights while at the same time decoupling them from the nation state system. The movement has reframed the struggle by being inclusive of Palestinian refugees (widening its appeal amongst the diaspora); calling for an end to the military occupation of the West Bank and Gaza Strip; and, most importantly, insisting on equal rights. How those equal rights can be embodied in the current international system of States is not defined. Nevertheless, the principles of the BDS movement make it clear that in the desired future the movement aspires to help implement, both Palestinians and Israelis will be constructed as State subjects by political and social practices which reflect equality. To achieve this goal, not only the significant imbalances in the control of military power and taxation but also the micro-practices involved in the social interactions of daily life will need to be transformed.

While I began by saying that the research presented here is set against the background of Israeli expansion and the progressive dispossession and displacement of the Palestinians, the articles all focus on Palestinian agency and they tell what Bayat calls “the story of agency in times of constraints”.6 Bayat suggests that the story of agency has within it the potential to produce dramatic change in power relations. More research is necessary to explore “how these ordinary and often quiet practices by […] ordinary and often silent people engender significant social changes”.7 A clearer understanding of these practices will increase the capacity of this new generation of scholar activists to undo and transform asymmetric power relations.

SELLICK, P. (2018), Five generations after the Balfour Declaration: How do Palestinians Resist and Engender Significant Social Change?. Journal of Conlicft Transformation and Security, 6(2): 139–142. 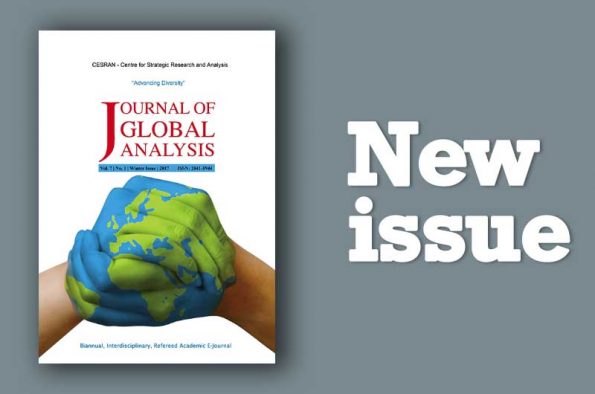 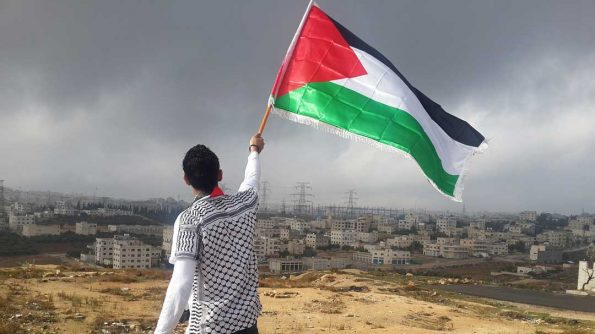 Next post Lifestyle of resistance: Palestinian Sumud in Israel as a form of transformative resistance