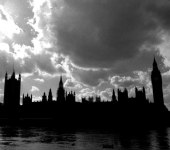 The British government has denied that a programme for tackling religious extremism is used by its security agencies to spy on Muslim communities.

In a statement released on Saturday, the Home Office said its $230m Preventing Violent Extremism strategy did not engage in covert intelligence-gathering on potential terrorists.

“Any suggestion that Prevent is about spying is simply wrong,” the Home Office said.

“Prevent is about working with communities to protect vulnerable individuals and address the root causes of radicalisation.”

Launched in 2006, the programme’s mission was to fund projects aimed at rejecting extremist ideology and employing youth workers and teachers to help young Muslims deemed vulnerable to radical organisations.

But in a critical report, the Institute of Race Relations claimed the programme has, in effect, established “one of the most elaborate systems of surveillance ever seen in Britain”.

“The Prevent progamme constructs the Muslim population as a ‘suspect community’ … encourages tokenism, facilitates violations of privacy and professional norms of confidentiality, discourages local democracy and is counter-productive in reducing the risk of political violence”, Kundnani said.

She noted that the information that the authorities is gathering includes political views, information on mental health, sexual activity and associates and other sensitive information.

And according to other documents presented to the UK’s The Guardian newspaper on Saturday, Prevent’s intelligence and information can be stored until the people concerned reach the age of 100.

The newspaper also published instances of abuse of the programme, such as lecturers reporting students who attended lectures on Gaza and youth projects pressured to give names of youths to the Metropolitan police as a condition of funding.

But not all Islamic groups agree that Prevent has been abused.

Ed Husain, of the UK-based Quilliam Foundation, which has advised both the Labour party and the Conservative party on Islamic extremism and whose foundation receives more tha $1m a year in funding from Prevent, said intelligence-gathering before an attack was better than dealing with it afterwards.

“It is gathering intelligence on people not committing terrorist offences – it is morally right to give law enforcement agencies the best chance of stopping terrorists before they strike,” he said.

Prevent is run by the Office for Security and Counter Terrorism, a part of the Home Office.