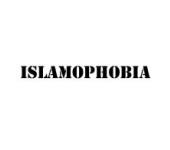 Islamophobia is rising in the West because so many of us confuse Islam with Islamism. This confusion also inadvertently helps organizations like al-Qaeda.

Not a day goes by that yet another publication or pundit uses the terms Islamic and Islamist interchangeably, not realizing that Islam is a religion and Islamism is an ideology. These people unwittingly ascribe the ideology and crimes of Islamists to all Muslims in the name of political correctness by simply avoiding the term Islamism.

Substituting the term Islamic for Islamist incorrectly brands all Muslims as Islamists. In the name of political sanity, we ask you, please call us Islamic because Islamism is an ideology we do not share.

A recent report published by the Center for Muslim-Christian Understanding at Georgetown University, entitled “500 Most Influential Muslims” is the most recent publication that conflates Islamic and Islamist. Contrary to what its name suggests, the report gives more weight to Muslims who are Islamists than to Muslims who are not Islamist, suggesting that being an Islamist makes you more of an authentic Muslim.

Hence, the Egyptian head of the International Atomic Energy Agency, Mohamed el-Baradei, one of the most influential Egyptian Muslims in the world and a statesman who does not wear his religion on his sleeve, is sidelined by the head of the Egyptian branch of the Islamist Muslim Brotherhood movement, Mohammad Mehdi Akef, who ranks 12th.

In the United States, Fareed Zakaria, the editor of Newsweek, which has a readership of almost 3 million people, is missing from the top of the most influential Muslims list. Instead, individuals like Merve Kavakci, a professor who was a former member of the Turkish Islamist Virtue Party and a critic of secular policy, are listed as being equally influential.

Mr. Zakaria, a household name who is a Muslim but not an Islamist, is sidelined by a marginal political figure who has an Islamist political agenda. This is a case in point of the flawed thinking that prefers even insignificant Islamists to influential Muslims.

The list goes on. The report says that it uses a number of criteria, including political power to link its entrants; however, Cem Ozdemir, a German-Turk and leader of the Greens, Germany’s third-largest political party, is curiously missing from the report, while Mahinur Ozdemir (no relationship to Mr. Ozdemir), an Islamic style, headscarf-wearing deputy in the Brussels city parliament, is not.

Mr. Ozdemir represents mainstream Western Muslims and holds the highest office of any European Muslim, while Ms. Ozdemir, deemed to be a symbol of political Islam, holds office in a city parliament. The criterion for inclusion in this list is not political power, but ideology.

The confusion of Islam and Islamist has further ramifications. Not a day goes by that another news story appears, referring to Islamist political movements like the Justice and Development Party, or AKP, government in Turkey, the Muslim Brotherhood, or MB, in the Arab world, and the current Iranian regime as Islamic, pro-Islamic or a variation of the term.

The tiles of the Blue Mosque, Omar Khayyam’s poetry, and Umm Kulthum’s melodies are Islamic; the AKP, MB and Mahmoud Ahmadinejad’s government are not. The AKP, MB, and Ahmadinejad do not represent Muslim religion or culture. Instead, they represent different shades of Islamism, a modern anti-Western political ideology rooted in Islam.

Identifying groups like the AKP and the MB as Islamist is not an issue of semantics, but rather separating Islam from Islamism so as to diminish the power of the latter.

Let us articulate: The relationship between Islam and Islamism is akin to the relationship between the working class and communism in the Cold War. Just as communist ideology stood for and hoped to derive its legitimacy from the working class, the Islamist ideology hopes to derive its legitimacy from Muslims.

Yet, just as communism did not represent the working class since millions of working-class men and women did not identify themselves with communists, Islamism does not represent Muslims. A majority of Muslims are not Islamists and the violent crimes of Islamists would be enough for them to be considered un-Islamic.

Imagine what would have happened during the Cold War if pundits and policymakers suggested that all working-class people were communist. We can counter al-Qaeda’s rhetoric of Muslims versus the West only by splitting Muslims from al-Qaeda’s Islamist Weltanschauung. This is why we have to differentiate Islamism from Islam.

We also ought to call out Islamists — otherwise we risk creating confusion in Europe as well the United States. Take, for instance, the recent debate on Maj. Nidal Hasan who shot his fellow soldiers at Fort Hood in the name of an Islamist ideology.

Maj. Hasan committed his actions because of his anger directed towards American policy and the wars in Iraq and Afghanistan. Al-Qaeda asks Islamists who share its ideology to avenge America for these wars. With all of this evidence that illustrated Maj. Hasan’s sympathy for violent Islamism, some people still shied away from calling Maj. Hasan an Islamist to be politically correct.

The implications are clear-cut here though, if pundits and policymakers do not differentiate between the religion of Islam and the political ideology of Islamism, this can lead the American public to conclude that Maj. Hasan committed his crimes simply because he is a Muslim.

Substituting the term Muslim for Islamist dangerously brands all Muslims as Islamists. What is more, avoiding the term Islamist and instead referring to the followers of this ideology as Muslims suggests that only Islamists are authentic Muslims and that non-Islamist Muslims cannot be real Muslims. This is a slippery slope.

Right here and right now we ask to have our majority heard, so please call us Islamic.

Hayri Abaza is a senior fellow at the Foundation for Defense of Democracies. Soner Cagaptay is the director of the Turkish Research Program at The Washington Institute. Kayvan Chinichian is a research intern with the Institute’s Iran Security Initiative.