There is a thin stria between revolution and terrorism. If an uprising or a revolt results in a new social, political and economic order, it becomes a revolution superseding the previous order or power centre. If it fails, it is labelled as terrorism, meaning terrorists were trying to use terrorist acts against an established social, political and economic order. Births of new political entities follow this thin stria: it is either revolution or a terrorist act. One of the cornerstones of modern history is the French Revolution, which came out of terror and gradually embedded its values and orders. Therefore, French history was full of regime changes until it reached the current political, economic and social order. In other words, narratives of various understandings contest for dominancy in social, economic and political fabrics in order to get power1. In essence, political changes begin with an ideational struggle between different groups demanding different systems in all or limited aspects of their lives. The incumbent political system cannot, or does not, want to accommodate different demands, and thus the different demands leads to struggle, which can be both ideational and armed.

This process of political change can be labelled as revolution if it gets adequate domestic and international legitimacy or as a failed terrorist attempt if it does not. As a protracted example, in the Israeli-Palestinian conflict, Yasar Arafat was perceived as a terrorist and his organization, Al-Fattah, as a terrorist organization, but now he is seen as a Palestinian national hero and his organization is a legitimate coalition partner of the Palestinian Government. In addressing the United Nations in 1974, Arafat said: “The difference between a revolutionary and a terrorist lies in the reasons for which each fights. For whoever stands by a just cause and fights for the freedom and liberation of his land from invaders … cannot possibly be called a terrorist.”2 The transformation from a terrorist to a high representative of a state is not limited to Arafat, but can also be extended to Ahmed Ben Bella in Algeria, and Menachem Begin in Israel. These examples indicate that domestic and international political changes have a profound impact on determining who a terrorist is and what constitutes terrorism.

Current democratic regimes supposedly provide legitimate ways to express different demands and to realize them. Free political elections, multi-party systems in which different ideas can compete to get power, freedom of assembly, pressure and interest groups are all variations of the way in which different political ideas can be used to voice the conflicting demands3. However, radicals are not allowed to use these alternate methods in democratic regimes, as they are eager to change the regime itself rather than being part of it. Revolutionary movements and terrorist organizations fall into this category.

Interestingly, terrorism and revolutions, if compared, have so many characteristics in common:  such as organizational structure, the methods used, political demands which are against the established order, having ideological ground to justify what (and how) they  do.  They organize themselves with “extreme secrecy and committing complex military-like activities”. In addition, ideological commitment provides moral justification for terror against mostly international alienation and domestic repression4. They might have a country of  origin at fledging level but they can gradually organize themselves via transnational networks and disguised cell-structure to secure their line of communications.5

Therefore, terrorists and revolutionaries’ technical issues and organizational commonalities are almost identical to one another.  That reality makes it even harder to come to a conclusion on whether an armed group is a terrorist or a revolutionarist organization. It is the same with the different naming of an armed group by different groups, states, or individuals. To some, members of a commonly known terrorist organization might be freedom fighters, such as in the cases of anti-imperialist or anti-colonialist organizations. Regardless of being ethnic or religious or ideological movements, anti-colonial uprisings have been approached distinctively by colonial powers and indigenous people, that is, the colonialist countries, saw these uprisings as terrorist acts. Therefore, both concepts of terrorism and revolution are politically contested concepts, depending on an individual’s beliefs and ideas and also depending on changing national and international political dynamics. Communist or Maoist etc. was actually about tactical maneuvers but also, naturally or indirectly, ideological affiliations. Therefore, the methods, instruments, or actions which terrorists, or to some, revolutionaries, use are almost identical.6 That leaves us with the final target (that is, being against or in favour of regional or international status quo) or ideals as to determine who terrorist is and who is not.

Neuman and Smith provide three categories of terrorism: disorientation, which is about challenging the order even if the terrorist activity is no match to the state sovereignty and power; target response, which is about gaining people’s heart and minds and also recruiting; and gaining legitimacy, which is the most determinant category in order to assess what is the aim of terrorism (or revolution). Terrorist activities that happen in the Syrian Crisis become much more understandable through these categories. As initial category, both the PYD/YPG (PKK’s Syrian branch) and the ISIS have disoriented the Syrian political, economic and social dynamics by being against the Baath Party regime in Syria. In the early years of the Syrian insurgency, most of the armed oppositional groups were taken warmly since they were rising up against the repressive Assad (Baath) regime. Therefore, the disorientation of Syrian dynamics in favour of oppositions was seen positive both in terms of leftist organizations (socialist revolution)7 including PYD/YPG and religious (Islamic) oppositional groups including even ISIS.8 From the commencement of the insurgency to the current situation, they not only disoriented all Syrian dynamics but also claimed territorial sovereignty over the land they occupied. In due course, defining who were terrorists and who were not differed from one perspective to another, depending on one’s agenda at the national, regional and international levels.

As far as Neuman and Smith’s second category is concerned, all oppositional organizations, especially ISIS and PKK/YPG were able to implement target responses since some people, with or without consent, recognized their authority and even became their soldiers. It might be admissible that every organization propagating emancipation from the Assad regime were welcomed by the Syrians. In addition, foreign fighters joined the ranks of these organizations in order to accomplish what these revolutionary (to them) organizations offered.9 The phase of target response not only occurred in their favour but also disoriented regional and international powers, and thus they felt compelled to involve themselves right into the center of the Syrian crisis.

Since the beginning of the crisis, the activities considered by most as terrorism rapidly accelerated. Killings of innocent people, political assassinations, suicide bombings, changing demographic feature either by mass killings or forcing people to migrate, women and child abuse, violations of basic human rights, to name but a few, have increased, and they have been committed by the Assad regime, ISIS10 and PYD/YPG11. If all those forces use terrorism, then war should be waged against all of those entities if one is serious about eliminating terrorism.  As for counter-terrorism discourses, they should provide clear definitions of what they mean by that word12 and they should agree to produce clear definition of what terrorism is. So our definitions of terrorism should become clearer and more viable to encompass all forms and types of political violence

In the third category, international legitimacy provides a perspective different from the second category (target response). Because it seems that there are other dynamics apart from the actions of terrorists or a revolutionarist organization. The striking question would be what if ISIS were supported by one of the super power in the World? Would it be possible to see a unification of some parts of Iraq and Syria under the authority of ISIS? Or, would it be possible to have a first independent Kurdish state bordering Northern Iraq extending to all of northern Syria up to the Mediterranean Sea if one of the super powers or regional powers supported the PYD/YPG. These assumptions might be utterly unacceptable for some but that is the case today if we look at the situation from a historical perspective.

The first assumption seems impossible but the latter assumption is actually happening on the ground. PKK’s Syrian branch, politically PYD and militarily YPG, are getting national, regional and international legitimacy for several reasons. ISIS and the PKK use the same methods in terms of strategy of terrorism, disordering embedded political structure, target responding and trying to get legitimacy, but ISIS is fought by national (Assad regime), regional (Iran, Iraq, Turkey) and international powers (Western coalition against ISIS and Russia), whereas PKK/YPG are supported by the Assad Regime, Russia and the Western coalition to defeat ISIS. Thus PKK/YPG has gained legitimacy.

This differentiation occurs in international arenas too as ISIS is presented as a reactionary, radical Islamist enemy of Western democratic values (of the alleged Western way of life) while the PKK/YPG are seen as progressive and democratic friends of the West and its democratic values. Therefore, ISIS is described as a terrorist organization by all while the PKK/YPG is considered a revolutionary organization. In other words, Raqqa, once headquarter of the ISIS, has been seen as the capital of brutality, beheading people, no respect for women rights and even enslaving them, forcing people to obey the rules of Islam as ISIS understood them.13 On the other hand, Kobani, the centre of Rojava cantons controlled by the PYD/YPG, has been perceived as a victim of ISIS while the PYD/YPG are presented as freedom fighters, liberating women from slavery, democratic and progressive and efficient soldiers fighting for defending human dignity. Associated with these manichean dichotomies despite their technical similarity, international networks, attracting  foreign fighters14 all around the World (actually, a lot ftom the West) sees Raqqa as a terrorist stronghold and Kobani as a noble revolutionary cause.

As mentioned above, the final goals of terrorism and revolution are also similar, and transformation from terrorism to revolution depends on national, regional and international legitimacy (political and military supports). Under the current internationally dominant values and status quo, the PYD/YPG/PKK has been able to negotiate that transformation from terrorist to revolutionary organization worthy of western support, but ISIS stands no chance at operating that same mutationin its status. This does not change the reality that they share much in common including  changing the established political and economic order. 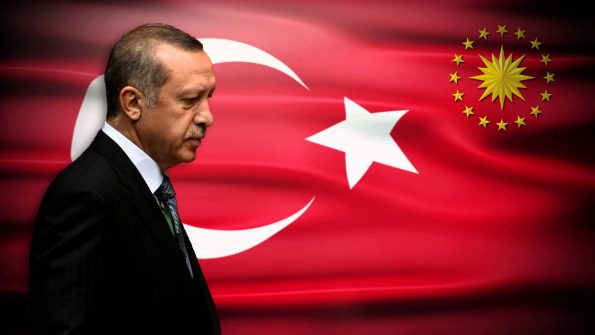 Previous post Erdogan’s Best Shot is still in the West 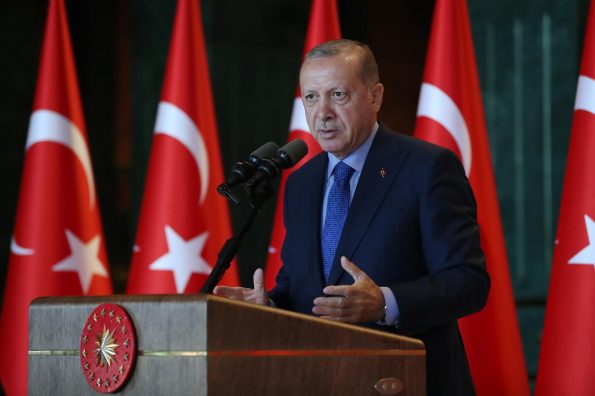