Turkish-American relations have witnessed several crises since the beginning of their partnership under the Truman Doctrine. Washington’s reluctance to provide economic help to the Menderes government in the late 1950s, Johnson’s letter of 1964, the opium crisis during the early 1970s, arms embargo against Turkey following its military intervention in Cyprus, Turkey’s rejection of American troops before the 2003 Iraq War and the subsequent “hood event” were all part of the strategic alliance between two countries separated by thousands of miles. For better of worse, these two countries managed to overcome these issues and renew their mutual political, economic and military ties. The recent crisis may not end the same way.

Since the second term of the Obama administration, Ankara and Washington have not been on the same page on several issues. US support for the Kurdish groups in Syria that Turkey claims have ties to the PKK, Turkey’s possible S-400 weapons acquisition from Russia, the issue of Fethullah Gulen’s extradition, the Halkbank trial and imprisonment of a high-level Turkish banker, the US Congress’ attempt to limit arms sales to Turkey, Turkey’s objection to US sanctions on Iran and Washington’s pro-Israel policies in the Palestinian conflict are some of the problems that have amassed over the last few years. The straw that broke the camel’s back seems to be the trial of an American pastor, Andrew Brunson, who was arrested on espionage charges following the failed military coup in Turkey in July 2016.

Many Americans, especially conservative groups, believed that Brunson was held as a hostage and leverage in exchange for Fethullah Gulen’s extradition. Erdogan’s “give the pastor back, take the pastor back” statement in September 2017 only contributed to these beliefs. As Turkey refused to release him but changed his situation to house arrest, Trump decided to increase the pressure on Erdogan. On July 26, he tweeted that the United States would impose large sanctions on Turkey for Brunson’s “long time detainment.” A few days later, the US Department of the Treasury’s Office of Foreign Assets Control seized the American properties of Turkey’s Minister of Justice Abdulhamit Gul and Minister of Interior Suleyman Soylu. They also prohibited US persons from engaging with these officials who are accused of “play[ing] leading roles in the organizations responsible for the arrest and detention of Pastor Andrew Brunson.” Turkey saw it as an infringement of its sovereignty, particularly because of the resulting dramatic drop in value of the Turkish lira against the US dollar. Erdogan presented the situation as an “economic war” as the government prepared to announce a new economic model. When Minister of Finance and Treasury Berat Albayrak was in the middle of his presentation on June 10, Trump once more used his favorite weapon, Twitter, to announce a doubling of tariffs on Turkey’s steel and aluminum. He ended his tweet with an obvious statement of fact: “Our relations with Turkey are not good at this time!” Erdogan published his reply in The New York Times, and was equally as honest: “Before it is too late, Washington must give up the misguided notion that   our relationship can be asymmetrical and come to terms with the fact that Turkey  has alternatives. Failure to reverse this trend of unilateralism and disrespect will require us to start looking for new friends and allies.”

It is clear who these “new friends and allies” are: China and Iran, but especially Russia. And this is not the first time Turkey has threatened the United States with an axis shift in its foreign policy. When former Turkish president Adnan Menderes had political and economic disagreements with the Eisenhower administration in the late 1950s, he decided to normalize relations with the Soviet Union. There are some Turkish intellectuals who believe that his removal from power through a military coup in May 1960 was partly the result of this policy change. Similarly, when Turkey faced a US arms embargo between 1975 and 1978, then prime minister Bulent Ecevit began a rapprochement with Moscow as he signed a friendship pact with the Soviet Union in June 1978. The visit was successful as a month later the US Congress lifted the embargo. And the recent understanding between Putin and Erdogan cannot be seen as independent from the deterioration in Turkish-American relations. Not long ago Moscow and Ankara had different objectives in Syria and both countries crossed swords with each other when Turkey shot down a Russian aircraft on the Turkish-Syrian border in November 2015. When Turkish interests changed as a result of American policies in the Middle East, its relations with Moscow changed.

Yet always there is a lingering fear in Turkey’s relations with Russia. The fear that when Turkey is no longer of any use to Russia, Moscow will ignore Turkish interests. This is a fear of realpolitik. Russia and Turkey are two countries that both want to be influential in the same region. Their history is full of wars, conflicts and clashes of interest. As Tharoor puts it, the rivalry between these two nations “shaped the world” and there is no guarantee that once the American effect is gone, the rivalry will not show up once more. The same can be said for the relationship between Turkey and Iran. Given the fact that Turkey and Iran represent two different and hostile sects of Islam and their history is also full of conflicts, can Ankara establish a permanent trust with Iran?

Therefore, it would be no surprise if Ankara shows some goodwill towards Europe in the following days. Yet, this time it would not be quite so easy. In recent years, the relations between Ankara and European capitals has also undergone several crises as a result of the growth of right-wing parties in some European countries, the fight over the massive influx of Syrian refugees in both Turkey and Europe, Turkey’s arrest of European citizens in situations similar to the Brunson case, the deteriorating democratic conditions in Turkey, and European countries’ preventing Erdogan’s election campaigns. Some of these problems, especially the increase in right-wing voices, are harder to overcome. On the other hand, Ankara may succeed in cooperating, especially with Germany and France, if some improvement in democratization takes place in Turkey while Berlin and Paris soften their positions towards Erdogan.

As the local elections approach in Turkey, it may be difficult for Erdogan to bridge the differences with Europe because of his reliance on populism. Yet, the resolution of the Turkish-American crisis does not seem close and if Turkish officials do not want to risk overreliance on regional powers like Russia and Iran, who may not make the best allies, they should  get back to what has always worked in the past and fix their relationship with Europe. While Russia may seem like an inviting ally given Trump’s history with Putin, Turkey would be better served to stick with what has always worked in past and court Europe until America is ready to work together again. 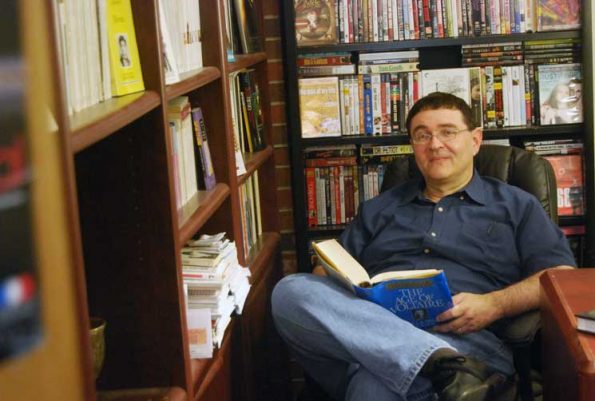 Previous post Terrorism in Syria and Beyond: An Interview with Prof. Alain Gabon