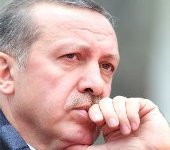 After decades of conflict and repressive policies, Turkish leaders appear to be taking concrete steps toward resolving the Kurdish issue. But analysts warn that domestic opposition and the lack of consultation with Kurds themselves could limit any plan’s chances for success.

In recent months, Turkish leaders have sent strong signals that an initiative to deal with the Kurdish issue is in the works. In May, President Abdullah Gul said that Turkey had an “historic opportunity” to address the issue, while Prime Minister Recep Tayyip Erdogan, just before departing for a recent trip to Syria, told reporters: “Whether we call it the Kurdish, the southeast or eastern problem, whether we call it the Kurdish initiative, we have started work on this.”

In late July, meanwhile, Turkish Interior Minister Besir Atalay said during a nationally televised news conference that the government is actively working on a comprehensive plan — one based on democratization and expanded rights. Although he didn’t offer any specific details or a timeframe, Atalay told reporters, “We have the intention to take determined, patient and courageous steps.”

Writing in the English-language Hurriyet Daily News, political analyst Mehmet Ali Birand said the government’s anticipated initiative does represent an important shift. “The Turkish Republic has now accepted the existence of a Kurdish issue and a [Kurdistan Workers’ Party (PKK)] problem, and has started comprehensive efforts towards finding a solution. Until now, these issued were accepted, but ignored,” he wrote.

According to reports in the Turkish press, the government’s plan may include a series of moves on the cultural rights front, including the establishment of private Kurdish-language television stations and Kurdish language faculties in universities, as well allowing towns and villages to once again use their original Kurdish names. It is not clear if it would include a wide-ranging amnesty program for members of the outlawed PKK. The group continues to attack Turkish security forces, mostly from its hideouts in northern Iraq.

Observers say a series of domestic and regional developments are forcing the political and military establishments in Ankara to confront the Kurdish issue in a new way. “The Turkish military is finally coming to grips with the fact that it cannot win this war, no matter what happens [to the PKK] in northern Iraq. It’s finally dawning on them that some kind of political solution is necessary,” says Henri Barkey, a senior associate at the Carnegie Endowment for International Peace in Washington and an expert on Turkish politics.

Barkey also says Turkey’s ambitions to play a larger role on the world stage, particularly as a regional mediator, are also forcing Turkish leaders to take stock of the country’s own problems. “Turkey is lecturing other countries, like Israel and [China], about human rights issues and here you have a country where the Kurdish language is illegal. That is absurd,” Barkey said. “They have to do something. There is a discrepancy between domestic Turkey and the image it is trying to project abroad.”

Highlighting the paradox that Ankara is currently facing, the government of the liberal Islamic Justice and Development Party (AKP) has been a leading advocate for the acceptance of Hamas as a legitimate representative group of the Palestinians, but, at the same time, Erdogan has refused to meet with parliamentarians from the pro-Kurdish Democratic Society Party (DTP) until they publicly denounce the PKK.

The Turkish government’s initiative appears to be getting a push from a surprising source – jailed PKK leader Abdullah Ocalan, who is expected to issue his own “road map” for solving the Kurdish issue on August 15, the date when the PKK first took up arms in 1984.

“The best thing for any government is to stay slightly ahead of the curve and have people react to you, rather than having jailed rebel leaders set the agenda,” says Hugh Pope, Turkey analyst for the International Crisis Group, a policy and advocacy organization based in Brussels.

Speaking recently to reporters in Ankara, Turkish Foreign Minister Ahmet Davutoglu said, “The Kurdish issue will be solved in Ankara, not in Imrali,” referring to the prison where Ocalan is being held.

But Barkey says the government will not be able to ignore the PKK leader. “Ocalan is definitely a challenge for the government. Here is a guy who is in prison and who is offering a way out. You can’t spurn him anymore,” he says.

The big question now being asked is, once the government announces its plan, what are its chances for success? The ICG’s Pope says an important element of the current debate, which may help any government initiative succeed, is that it is mostly domestically driven. “Ten years ago everyone in Europe would be lecturing Turkey about the Kurds. This current talk about a Kurdish opening is domestically driven, which makes it a lot more legitimate,” he says. “Before, when Turkey was being lectured from the outside, it caused people to circle the wagons and stop listening.”

Dogu Ergil, a professor of political science at Ankara University, says the Kurdish initiative could be hurt by what he sees a lack of consultation between the government and other key players – particularly the Kurds themselves – about how to best approach the problem. “We lack a definition of what we are trying to solve and some people have gathered behind closed doors and decided they have the solution,” he said.

“For the Kurdish people in Turkey, it is still a state initiative,” Ergil continued. “The method has not been democratic enough so far. … That’s the problem. The whole thing is a mystery.”

Some analysts suggest that the AKP government may find itself in a bind on the issue. “They are going to have to sell this to a skeptical public and the opposition is going to raise hell,” noted Barkey.

Ultimately, the government’s main challenge may be to come up with a plan that is politically viable, but which also meets rising expectations. “The problem with things like this is that when you raise expectations so high and then you don’t do something, it’s like setting a match to a tank of gasoline,” says Barkey.