According to a team of researchers from Penn State University, there are rare-earth elements to be found in coal seams. This has been known for awhile but extracting them was seen as too costly to warrant the investment. But ion exchange, a chemical process, could change all that making rare-earth element extraction from coal both safe and affordable.

Sarma Pisupati, Professor of Energy and Mineral Engineering at Penn State, states, “essentially, rare-earth elements are sticking to the surface of molecules found in coal and we use a special solution to pluck them out.”Pisupati and his associates found a solvent that is both inexpensive and environmentally friendly. Their experiments and findings are documented in an issue of Metallurgical and Materials Transactions E.

The chemical chosen is ammonium sulfate. Using it the team extract 0.5% of available rare-earth elements. The goal is to get to 2%. Once at that level of recovery rare-earth element extraction becomes economical.

Rare-earth elements concentrate the most in coal shale found at the top layer of coal seams. There are seventeen elements of economic importance all highly valued for:

Rare-earth elements are used in catalytic processes in oil refineries. They are used in steel furnaces. Their value for products and processes is worth hundreds of billions of dollars to our global economy annually.

The names are funny but the stuff is not. And the problem up until now has been sourcing rare-earths. Today China remains the single largest producer. But if coal were to become a major source of rare-earth elements, the preferential status of China in the market would come to an end. 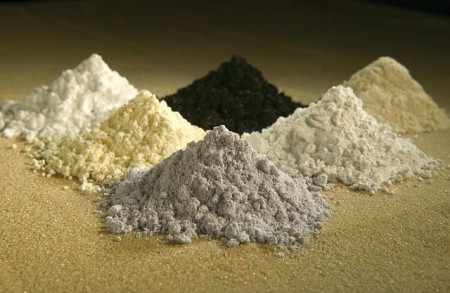 Coal is the most abundant fossil fuel on our planet. Harnessing it for its rare-earth content rather than burning it could give coal mining a new lease on life in light of global initiatives to close coal-fired power plants to combat climate change.

Interestingly, the study didn’t use mine samples. Instead it extracted the rare earths from mine tailings. If using the coal would mean improved extraction rates approaching or excceding the 2% goal it would have a profound impact on the industry and our planet.