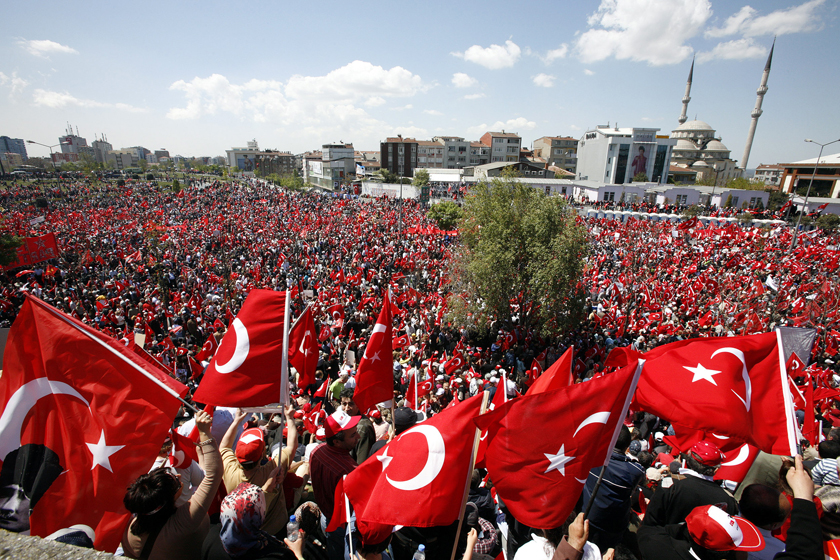 Turkey’s relationship with the Middle East and North Africa has been quite controversial since the very proclamation of the Republic due to the new elite’s reservations about establishing close contact with the region due to their concerns about the project of cutting ties with the Ottoman Empire not only in terms of cultural and historical repertoire and way of thinking but also in terms of diplomatic, economic and political ties. Turkey’s “Westernisation” project, thus, consisted of both a socio-cultural goal of reforming the people’s way of living and thinking and a shift in terms of the newly born Republic’s geopolitical focus towards the West coupled with a desire for distancing with respect to not only the Middle East, but to the broader MENA region with the exception of several initiatives with limited scope such as the Saadabad Pact and Baghdad Pact stemming from signatories’ desire to settle their border disputes and their desire to protect themselves against possible consequences of the process leading up to the WWII and early stages of the Cold War.

With the end of the Cold War, Turkey’s controversial relationship with its surroundings started to undermine a change, from the Caucasus and Central Asia to the Middle East and the Balkans. This change, stemming from the removal of rigid structural barriers paved the way for Turkey’s “return” to the “arc of crisis” a term coined by Brzezinski back in 1979,[1] referring to the region from the Indian Ocean to the Horn of Africa. For Turkey, the wake-up call for the re-evaluation of its role in the region was the Gulf War and it strived for making an effective return by responding to this call by actively participating in the war effort led by the coalition against Saddam.

In this first wave of Turkey’s return to the region, Turkey established close ties with Israel based on their shared concerns about their neighbours and Turkey’s search for a partner in its fight against PKK in an era of alarmist and highly securitised policy-making vis-a-vis Iran and Syria. With the famous “Generals’ Agreement” of 1996,[2] Turkish-Israeli relationship became the basis of Turkey’s stronger presence and increasing deterrence in the region coupled with the exclusion clause of the Conventional Forces of Europe agreement that allowed Turkey to acquire NATO allies’ excess modern military equipment.[3] Along with Turkey’s new troop concentration including its re-deployment of 100,000 strong-forces in Iraqi border with the end of the Cold War[4] and elimination of the threat of aggression from the North, these developments provided Turkey with an upper hand vis-à-vis its neighbours. This era was marked by high level of securitization of Turkey’s relationship with its immediate neighbours such as Syria, Iraq and Iran and a strong emphasis on Turkey’s hard power.

The second wave, with a different political mentality came with the JDP rule starting from 2002. This era witnessed a serious effort in terms of desecuritisation of Turkey’s relations with its neighbours and an improvement in bilateral links with the countries of the region. Closer stances of Iran and Turkey with respect to the post-war Iraq, desecuritisation of the relationship with Syria up until 2012, closer ties with the Levant and Gulf countries resulted in a revision of Turkey’s alliances and hostilities in the region in an era of increasing number of clashes of interests and exchanges of harsh criticisms with Israel on numerous occasions from the post-Iraq War designs to the post-Operation Cast Lead tension and the tragic flotilla raid. With the Arab Spring, even though Turkey’s relationship with Iran experienced a certain amount of tension and its relationship with Syria soured with the Awakening’s impacts on Syria and ensued atrocities, its overall involvement in the broader MENA region intensified with several oppositional groups take “Turkish model” as an inspirational future prospect whereas Turkey expresses its desire for acting not as a model but rather, as a supporter of these countries’ way towards democracy, reforms, rule of law and open market economy. After the fall of Ben Ali, Qaddafi, and Mubarak, it was perceived that Turkey’s return to the region, coupled with Erdoğan’s booming popularity in the region would have provided Turkey with an opportunity to such an extent for the first time in terms of its efforts to make its “return” to the region as a key and even the key regional player.

The third wave of Turkey’s engagement with the region bears both disappointments and opportunities for the future. On the one hand, Turkey’s short-term influence-maximisation in the region is in question due to the reversal of the Arab Spring fever from Tunisia to Egypt and to Assad’s success of clinging to power in spite of his suffering from his gradual loss of control over a significant amount of the Syrian territory. Whereas Turkey’s short-term prospects did not turn out to be quite promising, in the medium to long-run, Turkey might benefit from its stance regarding the questions of authoritarian rules in the region and the need for reform in case of future waves of reforms and democratisation. However, its relationship with its neighbours, due to the internal clashes they experienced between the state and militant groups and among these groups, too, underwent a new wave of securitisation. More recently, the comprehensive deal between Iran and the P5+1 countries on the Iranian nuclear programme[5] and Turkey’s expression of its will to act together with the coalition forces with respect to the clashes between different militant and/or terrorist groups in Syria, being the ISIS as the No.1 target signals a more holistic approach in Turkey’s return combining both hard power and soft power elements, different from the 90s’ hard power-oriented one and a more soft-power-oriented one between since 2002. This holistic approach to the region highlights a different way of thinking in terms of Turkey’s approach to the region not only as a model or inspiration but also a deterrent player striving for a superior position. Whereas the deal between Iran and the West can further enhance the overall rapprochement the two achieved in the last decade and has the potential to fix the damages in their bilateral relationship since the Arab Spring, it might also engender a new Iran with a booming economy which might increasingly more eager to project its influence in its surroundings, causing further clashes of interest. Not only which scenario will turn out to be the case, but also the results of Turkey’s willingness to take part in operations against ISIS and its success in persuading the international community to address its concerns regarding both the Assad regime and the future of the Northern Syria will provide us with some clues about the fate of Turkey’s new wave of return to the “Arc of Crisis” in the near future.

Turkey’s domestic politics, from its controversial post-June 2015 election results to the famous “Solution Process” with their impact on both domestic level of cohesion and the fate of its efforts to desecuritise policy-making via limiting the role of the military as a key domestic player will also have a direct impact on the outcome of this third wave in an era of civil unrest, changing allegiances and hostilities, and reversal of the Arab Spring process in the broader MENA region. Thus, both reactions to and consequences of Turkey’s new attitude in the region and its ability to cope with its domestic controversies needs to be closely monitored in order to evaluate the results of its two decades-old struggle to return to the MENA region, which would not only determine Turkey’s role in the region, but also its goal of acting as a key player in multiple regional theatres. Next post SOCIALISM vs. CAPITALISM: Past, Present and Future