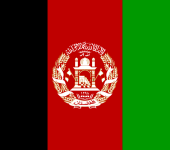 A report released September 2 by the United Nations Office on Drugs and Crime has good news and bad news about narcotics cultivation and trafficking in Afghanistan. The good news is that 800,000 Afghan farmers have stopped cultivating poppies; the bad is that those who continue to grow illicit crops are becoming more efficient, and traders are forging stronger ties with criminal and insurgent groups, as well as corrupt officials.

The UNODC report, titled Afghan Opium Survey 2009, documents a decline in opium cultivation in Afghanistan for the second consecutive year, dropping by as much 22 percent since 2008. Prices for opiates are also at a 10-year low. But, signaling improved efficiency, the production of narcotics from poppy plants was down only 10 percent.

Good news is deeply entangled with the bad. Helmand, a province with a notorious reputation for the drug trade, showed a one-third decrease in areas used for poppy cultivation. Nevertheless, the province still accounts for the lion’s share — 56 percent — of poppies grown in Afghanistan, according to the report.

Officials say several factors contributed to the gains made in the anti-drug fight, including more robust counter-narcotics operations by Afghan security and NATO forces, stronger provincial leadership, and favorable market conditions for the cultivation and sale of other crops.

The UNODC declared the strategy of eradication a continuing “failure” noting that, despite the enormous human and economic cost, only 4 percent of the crop had been effectively eradicated with force. Speaking with the media in Kabul on September 2, UNODC Executive Director Antonio Maria Costa criticized the continuing collusion between the drug trade and corrupt government officials and questioned some recent actions by the Afghan government.

“Drug lords should be brought to justice, not executed in violation of international law or pardoned for political expediency,” he said. President Hamid Karzai recently pardoned several drug smugglers including a relative of his election campaign manager. The international community had earlier criticized the Afghan government for executing drug smugglers, arguing that a weak criminal justice system lacking checks and balances made such executions suspect. Costa expressed concern about the pardon and release of traffickers, adding that corruption was “an enabling factor” and “major lubricant” to the drug trade.

While welcoming the good news at a “time of pessimism about the situation in Afghanistan,” Costa cautioned against foreseeing a trend, warning that stockpiling and a fluctuating opium market were also contributing factors to the decline. “Is it a trend or a market correction?” Costa asked rhetorically. “Hopefully the former, and certainly the latter.”

In a well-attended news conference held jointly with Minister of Counter Narcotics General Khodaidad Khodaidad, and UN Deputy Special Representative for Afghanistan Peter Galbraith, Costa warned that new links among insurgents and criminal groups were “spawning narco-cartels in Afghanistan linked to the Taliban.”

The linkage between poppy cultivation and insurgency is growing. “Like never before, the fates of counter-narcotics and counter insurgency are inextricably linked,” Costa added.

Costa also expressed concern about opium stockpiling. He estimated that 10,000 tons had accumulated, and described this burgeoning stockpile as a “ticking-bomb” that needed to be uncovered and defused.

Speaking to EurasiaNet after the news conference, Costa emphasized the importance of law enforcement, good governance and delivery of aid to provinces that had performed well. “Control of territory” and security will be crucial to maintaining momentum in the anti-drug fight. Greater development assistance needs to be delivered faster, more efficiently and through fewer intermediaries, he said.

The risks to cultivators and drug lords had been low until Afghan security forces and international forces began carrying out more robust operations, Costa added. “The impunity enjoyed thus far by the Afghan drug economy is under threat,” he noted.

The UNODC report documented that the number of poppy-free provinces increased from 18 last year to 20 in 2009, including Kapisa, Baghlan and Faryab. But Nangarhar, which was poppy free last year, lost that coveted status to become a poppy-producing province once again. Reversals also included Badghis Province, where poppy cultivation increased tenfold from 500 to 5000 hectares in the past year, according to the UNODC report. Overall, Afghanistan has 34 provinces.

Though many observers have become concerned that cannabis is replacing opium in areas that have successfully beaten back poppy growth, no such figures were included in the report. UNODC Country Representative Jean-Luc Lemahieu told EurasiaNet that such figures were expected in January of 2010. Satellite imaging technology used to detect cannabis is more exacting than that for poppy and the UNODC only recently acquired the funding to undertake such a study. Lemahieu emphasized that the linkages between cannabis production and insurgency were not as strong as with opium.

Costa called for a regional approach to Afghanistan’s drug problem, emphasizing the need to widen antinarcotics programs to Iran and the Central Asian states. To that end, the UNODC has brokered a Trilateral Initiative involving Afghanistan, Iran and Pakistan to share counter-narcotics intelligence and run joint operations. It has also created a Central Asia Intelligence Centre, headquartered in Almaty, Kazakhstan.

Editor’s Note: Aunohita Mojumdar is an Indian freelance journalist based in Kabul. She has reported on the South Asian region for the past 19 years.