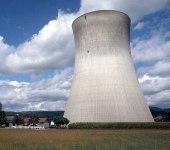 Several noteworthy news analyses published over the last several weeks underscore the salient observation in my article that, while the debate over nuclear energy in the United States continues, a number of other nations—including those that either have previously foresworn nuclear power or have never pursued it—are taking realistic steps toward building reactors in order to provide for their own energy independence.

Vincent Boland in the Financial Times explains how the Italians, who rejected nuclear energy by referendum in 1987, one year after the Chernobyl accident, have now reversed that law and are partnering up with the French to study the construction of new nuclear power plants in Sicily and in the northeast near Venice. The Italian rationale is simple: They are growing restless about the dangers of Europe’s excessive reliance on Russian gas supplies.