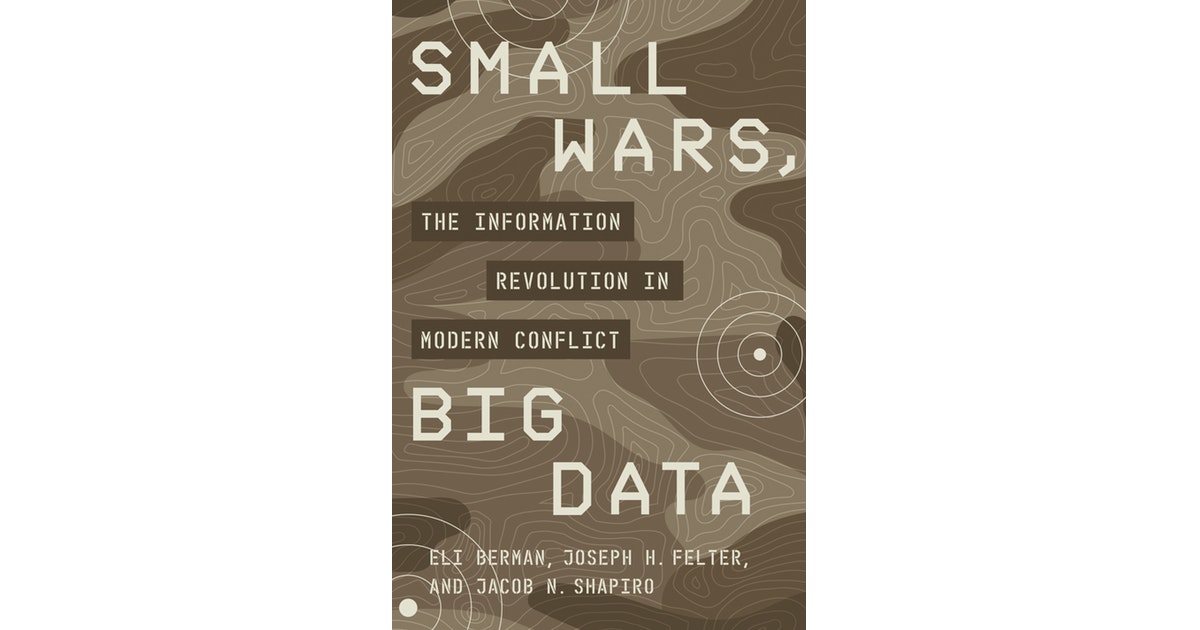 In the intentions of the authors, Small Wars, Big Data, is aimed to address the complex issue of civil or intrastate wars and their impact on civilians. This is certainly a topical issue, and it will be a key topic in the coming years, given the spreading of unconventional conflicts. Ongoing conflicts in Syria, Yemen and Afghanistan, addressed in the chapters of this book, show how the boundary between international and non-international conflicts became blurred after the Second World War.

The impact of conflicts on the civil population is the authors’ greatest concern. Civilians have always been the innocent victims of every war, but, although protected by the Geneva Conventions, they have become the subject of indiscriminate attacks since 1945 (e.g. the allied bombing of Dresden, Hiroshima and Nagasaki).

At the core of this work, there is a change in the type of warfare. It is a thorny issue, which would require a discussion of what is meant by terrorism and whether and when guerrilla warfare is to be considered a legitimate tactic by insurgents – guerrilla was categorised as “terrorism” from a certain point in time. Today everything from political opponents to hybrid conflicts and even organised crime is “terrorism”. Initially, terrorism was an offshoot guerrilla military tactic employed by resistance groups. Early examples of insurgencies and guerrilla warfare can be traced back to the Túpac Amaru indigenous uprising in highland Peru against Spanish control in the 1780s and the Caste War in the Yucatán peninsula of Mexico in the 1840s and 1850s (Castro, 1999).

From the fifties onwards, in the aftermath of the Cuban Revolution, the insurgency in Latin America was grounded on Marxist-Leninist ideology, and characterised by the use of a variety of violent and nonviolent tactics, including terror, to overthrow governments with guerrilla warfare (Debray, 1967). This phenomenon, previously classified as “insurgency” and/or “guerrilla”, was then rebranded “terrorism”. The meaning of terrorism has changed over time. Since the early sixties, the term has often been used in a political sense to label national liberation movements in Africa and later in Latin America. It took hold as an instrument in political struggles against governments in the U.S. and Europe categorised and finally has been identified with the Islamic world.

Any violence can be terrorism or anti-terrorism. Legitimate defence or aggressive attacks are semantics that depend on the arbitrary judgment of the involved parties. This, by definition, defeats the concept of justice and legality. Terrorism is an effective method of conflict because it is limited in scope, targeted against civilians, and almost impossible to eradicate. This isolates it from the traditional military applications, and by extension, from the same legal and judicial argumentation. However, there are cases where terrorists were those who defended their land from invaders, and the invaders were the ones who marked them as terrorists. There needs to be a clear division between what is and what is not terrorism, and only then will it be possible to clearly define the terms and the scope of conflict against those who are terrorists.

The words “terrorist” and “terrorism” became fluid terms, easy to be manipulated. Today everything, from political opponents to hybrid conflicts and even organised crime, can be construed as terrorism. The very concept of terrorism has changed since the word has a political meaning. Thus, it becomes difficult to distinguish ‘true’ terrorists from those who are political opponents or just common criminals. Terrorism has become an umbrella term encompassing criminals and political opponents. It seems that the problem in labelling acts as terrorism is not what is done, but who does it. Klabbers (2003: 300-1) argues that “today’s terrorist is tomorrow’s freedom fighter”, due to the “state-centric nature of international law” and to the “sheer supremacy of politics over law”.

The authors correctly frame the international, transnational and hybrid nature of terrorism, as well as its various purposes, whether purely criminal, or political. The limitation of this approach is that the hypothesis that terrorism can also have a state matrix, as demonstrated by several parts, is not taken into consideration at all – this is especially true regarding the recent conflicts in Afghanistan, Iraq and Syria, undertaken in the name of the “War on Terror”.

There are hundreds of definitions of terrorism; none of them tackles the problem of state terrorism. Currently, the term ‘terrorism’ is commonly used to describe acts committed by non-state or subnational entities, thereby excluding acts committed by lawful governments – it allows those who determine the merit of including the ultimate decision-making power, and there is no accountability and no oversight of these decisions. Those who pursue these tactics are not persecuted, nor are their methods questioned thoroughly. It would be appropriate to develop a definition of terrorism that would encompass the possibility of a pseudo-state led by terrorists, and the appropriate response in case of a conflict with such a state (e.g. ISIS).

Bockstette (2008: 8) wrote that terrorism is “political violence in an asymmetrical conflict that is designed to induce terror and psychic fear (sometimes indiscriminate) through the violent victimisation and destruction of noncombatant targets (sometimes iconic symbols)”. Deeming that terror acts are performed by “an illicit clandestine organisation”, he excludes their being carried out by a government or its agents. In his definition, we perceive Bockstette’s typically military vision, which makes a distinction between tactics (“short-and midterm political goals”) and strategy (“desired long-term end states”).

Through the ten chapters of this book, are analysed conflicts that occurred in the last twenty years in Afghanistan, Iraq, Nigeria and the Philippines, establishing a relationship between rebels, governments and civilians. The authors conclude that ‘conventional military methods’ might succeed but undermine lasting peace.

In my opinion, the difference between conventional/unconventional – both legally undefined terms – seems to be outdated. A knife, a broken bottleneck (if it cuts your jugular), even a fork, a hammer, a baseball bat, or a stone – according to the biblical story David kills Goliath by hurling a stone from his sling and hitting him in the centre of forehead – are all unconventional and potentially lethal weapons. Nevertheless, distinguishing between weapons, their effect and consequence, is necessary in order to avoid a cascade effect and undesirable outcomes (i.e., civil casualties).

Practitioners and researchers will find this publication useful, as it provides a comprehensive case study of the main conflicts that have occurred in the last twenty years. Small Wars, Big Data, does not come to general conclusions, but it is instead a compilation of stories and lessons learned, that could be useful to policymakers and military leaders to ‘open up political space to get deals done’; this is the strong point of the book. 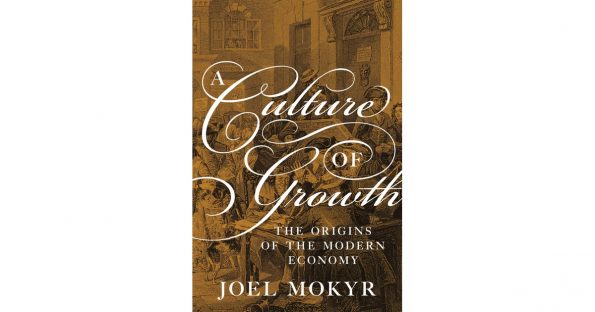 Previous post Book Review: A Culture of Growth: The Origins of the Modern Economy 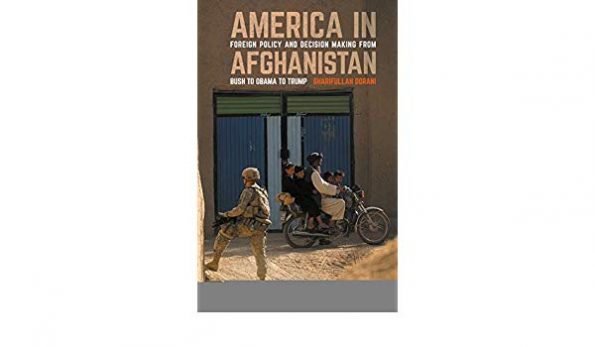 Next post Book Review: America in Afghanistan: Foreign Policy and Decision Making from Bush to Obama to Trump