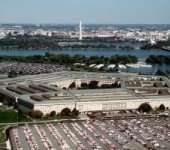 The US military is preparing for a worst-case scenario in Central Asia. The Pentagon is presently developing plans covering the potential deployment of elite Special Forces to Central Asian states other than Afghanistan.

In each of the Central Asian states, US Special Forces 3rd Group are preparing to conduct “foreign internal defense” missions — military shorthand for counter-insurgency operations fought by host nation troops with training and other forms of assistance provided by Washington.

The 3rd Special Forces Group (Airborne), stationed in Fort Bragg, North Carolina, currently consists of four operational battalions. At least one battalion will be deployed to Central Asia on every rotation of troops serving in Afghanistan.

According to a military handbook, Joint Tactics, Techniques and Procedures for Foreign Internal Defense (FID), published under the auspices of the Joint Chiefs of Staff in 2004, “the United States will normally consider FID support only if the following three conditions exist: the existing or threatened internal disorder threatens US national strategic goals; the threatened nation is capable of effectively using US assistance; and the threatened nation requests US assistance.”

It adds: “assistance will normally focus on civil-military operations (primarily, the provision of services to the local populace), psychological operations, communications and intelligence sharing, and logistic support.”

Prior to 2001, the 3rd Group traditionally was oriented toward sub-Saharan Africa. The struggle against international terrorism prompted the unit to refocus its attention on Central Asian affairs. “This adjustment in regional orientation just reflects the realities of today’s environment and requirements. The group has been conducting operations in Afghanistan since 2002,” LCDR W. Fred Kuebler, a media relations officer with US Special Operations Command, told EurasiaNet.

“The 3rd Special Forces Group will continue to conduct operations in Afghanistan and be prepared to support training with militaries in Pakistan, Tajikistan, Turkmenistan, Uzbekistan, Kazakhstan, and Kyrgyzstan when required by the commander of US Central Command [Gen. David Petraeus],” Kuebler added.

The 3rd Group’s objective would be “to assist partner nations improve their ability to provide for their own security in Pakistan, Tajikistan, Turkmenistan, Uzbekistan, Kazakhstan, and Kyrgyzstan,” Kuebler said. “[They] will begin focusing their training in language, customs, and culture to reflect this adjustment in regional orientation.”

According to an August 21 directive from US Special Operations Command, the realignment of the Special Forces was undertaken “in order to provide better and more consistent support to the geographic combatant commanders, stabilize Special Forces group headquarters deployments and spread the operational workload more evenly across the joint special operations community.” The directive is scheduled to be fully implemented by February 1, 2010.

The prospect of US forces carrying out foreign internal defense operations in Central Asia is generating mixed views. Some analysts described it as routine, while others call it risky. All agree, however, that Russia will be agitated by any deployment.

“I think this is a normal practice, because there were cases when Turkish military partners used to come to train our military, and Special Forces as well,” said Mars Sariev, a Kyrgyz political analyst. “The only thing, I think, is that Russia won’t like it so much.”