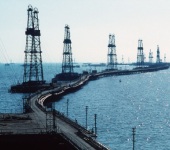 A US Defense Department Internet initiative is stoking a debate among experts about whether the Pentagon is overreaching.

The $10.1 million Trans Regional Web Initiative (TRWI) aims to launch a series of language-specific websites, including Russian, Chinese, Farsi, Georgian, Armenian and Azeri. The Pentagon in early September awarded the contract to build the new websites to General Dynamics Corp. The websites will feature news and analysis that helps garner support for US policies. Overall, the Defense Department wants to establish 12 websites within the year under TRWI’s auspices.

Experts and observers believe the initiative hypothetically has merit. But they are questioning whether the Pentagon, its contractors and subcontractors have the expertise and deft touch needed to make information inroads in areas where there are deep reserves of hostility and suspicion toward the use of American military power. Many experts believe that existing US government-funded mass media outlets, specifically Voice of America (VOA) and Radio Free Europe/Radio Liberty (RFERL), have the capabilities and experience needed to achieve the desired objectives.

“The initiative is not a bad idea in a general sense. But, given the epic fail of the Pentagon’s previous attempts to do this, I just assume it will be clumsy,” said Joshua Foust, military analyst and blogger. “It’s doubtful the Pentagon would allow these news outlets [websites] to have editorial freedom and highlight US missteps.”

Editorial freedom will be crucial if the new websites hope to gain credibility among skeptical readers in Russian-speaking countries and elsewhere. “People don’t point to serious conflicts of interest when it comes to the quality of reporting from venues like RFE/RL or VOA, both of which are funded by the US government. Both, however, have long traditions of independence from any political editorial control,” Foust contended.

A senior staff member at RFE/RL reacted coolly to the Defense Department initiative, stating bluntly that the US military should “leave journalism to journalists.” The staffer also suggested that the Pentagon could better serve American policy objectives by developing technology that prevented websites and other media from being jammed by “repressive countries.”

According to the original solicitation for the TRWI project issued in October 2008; “The contractor will continuously research target audiences, [and] salient information relevant to the target audiences (such as language and probable disposition toward prospective website features), using open-source material ? as it relates to proposed website content.”

The US Special Operations Command (USSOCOM) will supervise the Web initiative. Its effectiveness would be assessed on a quarterly basis, the 2008 tender solicitation indicated.

In the opinion of two legal experts — Daniel Silverberg, counsel to the House Committee on Foreign Affairs, and Col. Joseph Heimann, the Senior Appellate Judge on the Air Force Court of Criminal Appeals — the Pentagon web initiative has the potential to do damage to American public diplomacy. The TRWI initiative also rests on shaky legal ground, Silverberg and Heimann suggest.

In a paper published in the summer of 2009, Silverberg and Heimann said the TRWI plan could blur the line between Department of Defense propaganda and Department of State public affairs initiatives in a way that benefits neither government agency. “The two departments’ missions, while overlapping, are distinct. DoD’s mission is one of influence; the State Department’s mission is one of relationship-building and dialogue,” Silverberg and Heimann stated. “The amalgamation of these tasks potentially undermines the State Department’s efforts. At a minimum, it forces one to ask exactly where does DoD’s mission end.”

The paper, titled “An Ever-Expanding War: Legal Aspects of Online Strategic Communications,” appeared in Parameters, a quarterly journal published by the US Army War College.

Both Silverberg and Heimann caution that the Pentagon should “seek new legal authorities to undertake Internet-based communication.”

“While it is possible to foresee a non-public affairs website configured in support of ongoing military operations in Iraq or Afghanistan, DoD’s appropriate role becomes significantly less clear when a TRWI-sponsored website emerges elsewhere, where combat is not taking place,” the duo wrote.