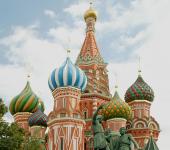 The footage from the sprawling Cherkizovsky Market that inundated Russian television after the authorities shut it down makes hair-raising viewing. But it is also part of a distressing story of how Russia is being savagely exploited. Millions of temporary migrants from China, Vietnam and the former Soviet republics are leading shadowy makeshift existence on its territory.

Of course, all wealthy countries attract guest workers, refugees and other transients. But Russia is probably the poorest country with such a huge influx of foreigners. This, coupled with widespread prejudice and police harassment, accounts for the absence of communities of assimilating newcomers who would regard Russia as their home rather than a place to make a few bucks and depart.