In my view, this election will be a turning point  in the history of Turkey in terms of proving that the people, regardless of their distinctive ethnic origins and ideologies, have become the major determinant of the political administration of the country. From this perspective, that will be one of the most significant benefits passed on by the AKP governments to the nation. To start analysing the election  in this way might seem to be contradictory to the results, as the AK party lost almost 10 percent of votes and a considerable amount of parliamentary seats. Yet, on the contrary,  it is actually a solid indication of the above argument. In these terms, all  the electors who voted in this election should be proud of the results.

I would argue that there are three fundamental reasons why the result came out as    they did:  the   peace process, the party’s lost connection with its electorate and the polarization of the people of Turkey  into pro-AKP and anti-AKP positions, or  more accurately into pro-Erdogan and anti-Erdogan positions.

With regard to  the first  point , efforts to keep the peace process stable until the election, and implying that unilateral  steps forward would follow after the election, caused resentments among both Turkish and Kurdish  voters whose political preferences went to the MHP (pro-Turkish nationalist, Nationalist Action Party) and to the HDP (pro-Kurdish, People’s Democracy Party), respectively.  As Davutoğlu suggested when he was chosen as president of the AK party, the cost of going backward from the peace process would be much more harmful  than going forward. This recognised the influence of stability in the peace process on voters, but failed to appreciate the necessity to move forward or to show progress. Because, the way the peace process   attracts  support from voters depends on concrete results. In this manner stability, when it needs development, created a vague atmosphere which  reduced  people’s trust in the AK Party’s intention to solve the Kurdish question.  Compared to this ambiguous position,  the substantial efforts of the HDP during the election campaign and the MHP’s critical stance against the peace process seemed more preferable to certain interested voters.

The next reason would be the determination process of MP candidates. Based on  Party regulations, all candidates should be chosen in accordance with preliminary elections  at provincial and district level. Seemingly, the first stage of this process has been carried out. But the results of these preliminary elections and the final MP candidate lists  were dramatically different, which caused disturbance among the Party’s own electoral base. Due to this practical reality, some of the candidates resigned and their supporters changed their preference from the AK Party to alternate political parties.  With my experience and knowledge it can be said that, in so doing, the AK Party sided with capital holders rather than candidates who have  a trusted connection with electorates. It is hard to   distinguish who is responsible for changing the names of candidates from those chosen by the electorate  to capital holders. Whoever or whatever administrative position  in the AK Party  was responsible, this is the main reason why the AK Party distanced itself from the people,   reducing the overall percentage of the vote obtained by the ruling party.

Last but not least, the President of Turkey Recep Tayyip Erdogan’s harsh  criticism of opposition parties during  meetings brought to a peak  the gradually accumulated anti-Erdogan stance among supporters of the opposition parties. . If he  had been doing  this as the president of the AK party it would not have changed the almost 10 percent of voters who  switched to opposition parties. However,  acting as if he was AK party leader  whilst officially being the President of Turkey did not suit the political culture of  this country, in which a parliamentary system has been  in operation since the formation of the nation. This might be mostly related to the political system discussion but previously accumulated resentments among  opposition groups have obviously been channelled to the personality of the president.

This short  analysis of the 2015 general election appears to be focusing on why the AK Party lost a considerable amount of electoral support rather than on how the opposition  parties increased their support.

On this problematic issue, I personally can say that most of the critics are centred on who is in power. In the case of a coalition government formed by opposition parties then the analysis would be centred on them.

It would be unethical to end any analysis of the 2015 general election without mentioning the remarkable electoral success of the HDP.  Thanks to their  highly- inclusive electoral  campaigning  the result was that the increased number of Kurdish and socialist democrats’ votes transcended the 10 percent threshold. Consequently, gaining eight seats in the parliament will provide an opportunity to make effective politics in the way they like. Approximately half of their electoral support (coming from ethnic Kurds)  will expect to see a serious contribution  to the peace process and the rest will expect to see an effective challenge to the AK party as opposition party in parliament. They have actually met the expectation of some  by preventing the AK party  from gaining enough seats to form a single party government.

As mentioned at the beginning, whatever comes out in this new picture of politics, in general it is tremendously important that the people of Turkey  feel that they are the major determinant of who is going to be the government so that  no external intervention will be successful  – only the PEOPLE of TURKEY. 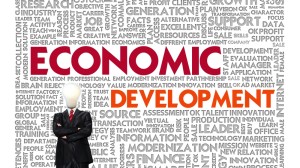