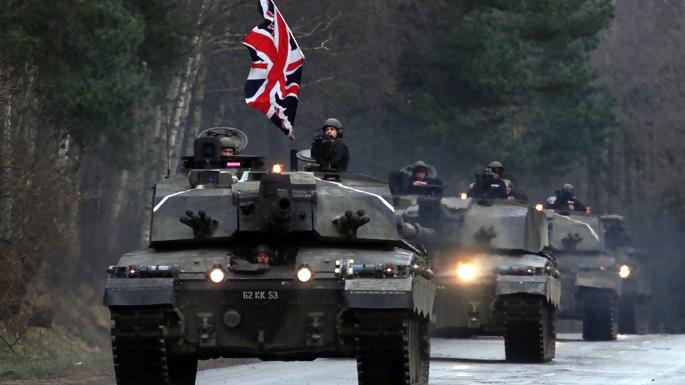 Firstly, insurgent campaigns were not completely new territory for the British Army. The Second Anglo-Boer War (1899–1902) is an example of a colonial war in which the Boers, who were well armed and highly mobile, showed their flexibility by initially mounting a conventional campaign, showing their willingness to engage the British Army and relying on their knowledge and use of terrain. After the loss of their capitals, the Boers resorted to waging a guerrilla campaign using hit-and-run tactics. They were willing to trade territory in the vast interior of South Africa for time, only engaging the British Army when the local conditions were favourable. To secure victory over the Boers, the British used tactics such as concentration camps and scorched earth to finally compel the Boers’ surrender.

The Malayan Emergency (1948-1960) pitted British and Commonwealth Security Forces against the Malayan Communist Party (MCP) and its armed wing, the Malayan National Liberation Army (MLNA). Stuck between Second World War and the beginning of the Troubles in Northern Ireland, the Malayan Emergency, like many other post-Second World War campaigns is largely a forgotten conflict in Britain. At a time when the British Labour Government was setting up the National Health Service, the public interest in the Empire was waning. The British Army was heavily dependent on National Servicemen. By 1952, some battalions rotating through Malaya consisted of 50% Corporals, 90% Lance Corporals and 60% Privates who were National Servicemen.[1]  These soldiers were young men. The National Service Act 1948 required that all healthy males aged 17-21 did 18 months compulsory military service; by 1950 this had been extended to 24 months. Until its conclusion in the 1960s, National Servicemen provided much of the needed manpower that supported the regular army.

Elements of the MCP had fought with and, ironically, received training from the Special Operations Executive at the time of Japan’s occupation of Malaya during the Second World War. There instated British colonial administration had agitated them. Certain groups within the MCP increasingly resorted to violence; on 16 June 1948, three British plantation workers were murdered. On 18 June 1948, the British High Commissioner in Malaya, Sir Edward Gent, declared a state of emergency in the Federation of Malaya.

Following this declaration, British and Commonwealth Security Forces were given special powers to arrest and detain, carry out search and seizure of property and impose curfews.[2] By authorising the use of special powers, the British Colonial administration hoped that the Security Forces would be able to clamp down on the insurgents’ attacks.

In the first year of the Malayan Emergency only ten infantry battalions were available in Malaya, which included two British, five Gurkha and three Malayan supported by 9,000 Police.[3] In addition, all of the battalions in Malaya were understrength, short of equipment. The insufficient readiness of the Security Forces in Malaya provided the Insurgents with the opportunity to take control of large areas of the country. This lack of force preparedness showed that the Security Forces in Malaya were expected to undertake colonial policing rather than high intensity Counter-Insurgency operations. By the end of 1952, the Security Forces could field 40,000 military personnel supported by 67,000 police as well as some 300,000 Malayan Home Guards.[4] With reinforcements arriving at the peak of operations in 1953, 23 infantry battalions were stationed in Malaya – these numbers were maintained until 1957.[5] This was truly a multi-national effort with troops from Malaya, Australia, New Zealand, Fiji and Britain’s African colonies serving alongside the British Army.

During the early phase of the Emergency, the effects of the Second World War on the British Army were clear to see. Major-General Charles Boucher committed the Security Forces to a series of futile, large-scale search and destroy operations, which achieved nothing other than the acclimatisation and frustration of the troops involved.[6] The effect of the Second World War was to condition both troops and commanders, to expect they would always be presented with an enemy who was willing to commit to a pitched battle.

Following his appointment in late 1948, the new British High Commissioner to Malaya, Sir Henry Gurney, asked for a Director of Operations to be appointed. Field Marshall Sir William Slim, then Chief of the Imperial General Staff, persuaded Lieutenant-General Sir Harold Briggs to come out of retirement to take up the post. Firstly, Briggs sought to create a truly coordinated civil and military plan to fight and defeat the insurgency.[7] In doing so, Briggs laid the groundwork for others to complete. By coordinating the civilian government and military’s actions, both could work together towards agreed goals and targets. It also reduced the risk of one element of the Counter-Insurgency campaign having a negative effect on the other.

Secondly, Briggs’ solution to the insurgency, known as Briggs Plan, was brutal in its simplicity. Security Forces needed to cut off and deny the insurgents’ access to the population; this necessitated the large-scale forced relocation of Chinese squatters and estate labourers who lived on the edge of the jungle.[8] In doing so, Briggs intended to deny the insurgents access to both the intelligence and food, which were provided by these populations. By the end 1950, over 177,000 people had been relocated to 140 New Villages, which were surrounded by barbed wire and patrolled by the police and the Malayan Home Guard. By 1952, the New Villages had grown to 509 with a population of 461,822.[9] Within the New Villages, intelligence officers, supported by Chinese translators, checked people’s identity, as well as the movement of goods, people and money.[10] This meant that the Security Forces could prevent the insurgents recruiting and gathering resources to further their campaign. Through monitoring the population movements, the Security Forces could also gather intelligence on the insurgents alongside protecting the population.

The end of 1951 was a difficult time for the Security Forces, with Gurney’s assassination and Brigg’s departure due to ill-health. These events had a serious effect on the morale of not only the Security Forces, but also the colonial administration. Despite this, Briggs’ successor Lieutenant-General Lockhart resolved that the Security Forces should not let up in the intensity of military operations, and in some areas Search and Destroy operations were stepped up.  However, it was at this point that events outside of Malaya begin to play their part in the course of the Emergency. In Britain, the Labour Government of Clement Attlee was replaced by a Conservative Government led by wartime Prime Minister Winston Churchill. Churchill saw the insurgency in Malaya as part of the Cold War between the Western Nations and the Soviet Union. It was feared that if Malaya fell under Communist control, the nations bordering it would fall like a stack of dominos.

This was a reasonable view, as simultaneous to the British campaign in Malaya, the Viet Minh led by Ho Chi Minh were posing a serious and ultimately fatal challenge to French colonial rule in French Indochina (Vietnam). To prevent Malaya falling, a new high commissioner and director of operations were needed. The man picked by the British Government was Lieutenant-General Sir Gerald Templer. He had a distinguished war-time service record as a divisional commander. In addition, he had headed up the German Directorate of the Special Operations Executive and post-WW2 and had served as Director of Military Intelligence at the War Office. These experiences, especially running intelligence organisations, had taught Templer the importance of good, actionable intelligence to the success of military operations. This was one critical factor in the Security Forces’ campaign that Templer would leave his mark upon.

The British Government invested Templer with wide-ranging powers: he was a military-politico supremo with the powers of both offices. There was little doubt that under Templer’s energetic and inspired leadership the British and Commonwealth Security Forces would win their ongoing            battle against the insurgents. Shortly after his arrival in Malaya, Templer stated that it was the British Government’s intention that Malaya should become a fully self-governing nation.[11] This statement committed the British colonial government to laying the foundations for Malaya’s independence; whilst it also undermined the support for the insurgents, who had an identical goal.

In term of the pacification campaign against the Insurgents, a key addition to the Security Forces’ strategy was the creation of White Areas. These were areas, deemed clear of insurgents, in which many of the more irksome Emergency regulations, such as food controls, curfews and restrictions on the movement of goods and people were relaxed or removed entirely. By  the time of Templer’s departure from Malaya in mid-1954 around 1,300,000 people mostly living along Malaya’s coastline were in White Areas.[12] These cleared areas allowed the population to return to their normal pre-emergency existence, as well as seeing the benefits of supporting the Government and the Security Forces. With these areas declared clear, British and Commonwealth battalions could be redeployed to new areas, with the Federal Police and Home Guard being left in the White Areas to maintain security and to prevent the resurgence of the insurgency.

Templer also benefited from technological advances that increased the tactical and operational effectiveness of the Security Forces. During recent campaigns in Iraq and Afghanistan, helicopters proved their continued utility, lifting both troops and supplies around the theatre of operations. In Malaya, initial small-scale trail operations proved the concept’s feasibility and so it was executed on a larger scale. In May 1953, during Operation Commodore, helicopters airlifted 564 troops to capture insurgent political leaders.[13] Helicopters provided the Security Forces with the capability of rapid movement, which allowed operations to be undertaken without the need for arduous marches through the jungle. During the first day of Operation Commodore there was no contact with the enemy. Based on fresh intelligence the troops were airlifted to a new location resulting in 9 insurgents killed and 12 camps destroyed. In an operation, which lasted two weeks, eight helicopters lifted a total 1,623 troops and 35,000 pounds worth of stores in 415 sorties.[14] The capability that helicopters provided a military commander to redeploy troops rapidly meant that should the situation change or new intelligence come to light, Security Forces had the flexibility to take advantage of these opportunities. Over the course of the Malayan Emergency, helicopters, which were still in their infancy, carried 110,000 troops and were responsible for carrying troops into the depths of the Malayan jungle.[15]

In conclusion, during the Malayan Emergency the British Army adapted to fighting an insurgency. The result was unquestionably a British military and political victory. It provided a campaign template that the British Army would seek to use on future campaigns. This article only covers the general course of the campaign, as the Malayan Emergency shows the complex interconnected nature of Counter-Insurgency operations. The Briggs plan laid the foundations for Sir Gerald Templer, who ultimately deprived the insurgents of their access to the population, driving them deeper and deeper in to the Malayan jungle. These were coupled with an approach: the Security Forces showed that one could use hard tactics, such as food controls and curfews as well as offering citizenships and Independence, to weaken the enemy. The approach showed the population the benefits of supporting the Security Forces, while making it clear to them that supporting the insurgents was costly. The use of new technology, such as the introduction of helicopters, allowed the Security Forces greater operational and tactical mobility, increasing their effectiveness in tackling the insurgency. In doing so, the insurgent safe areas were well within the range of the Security Forces. 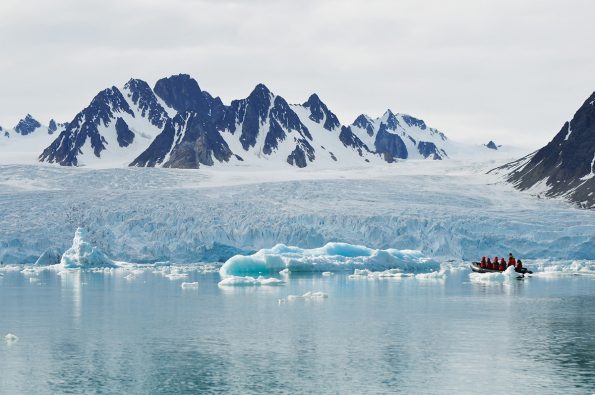