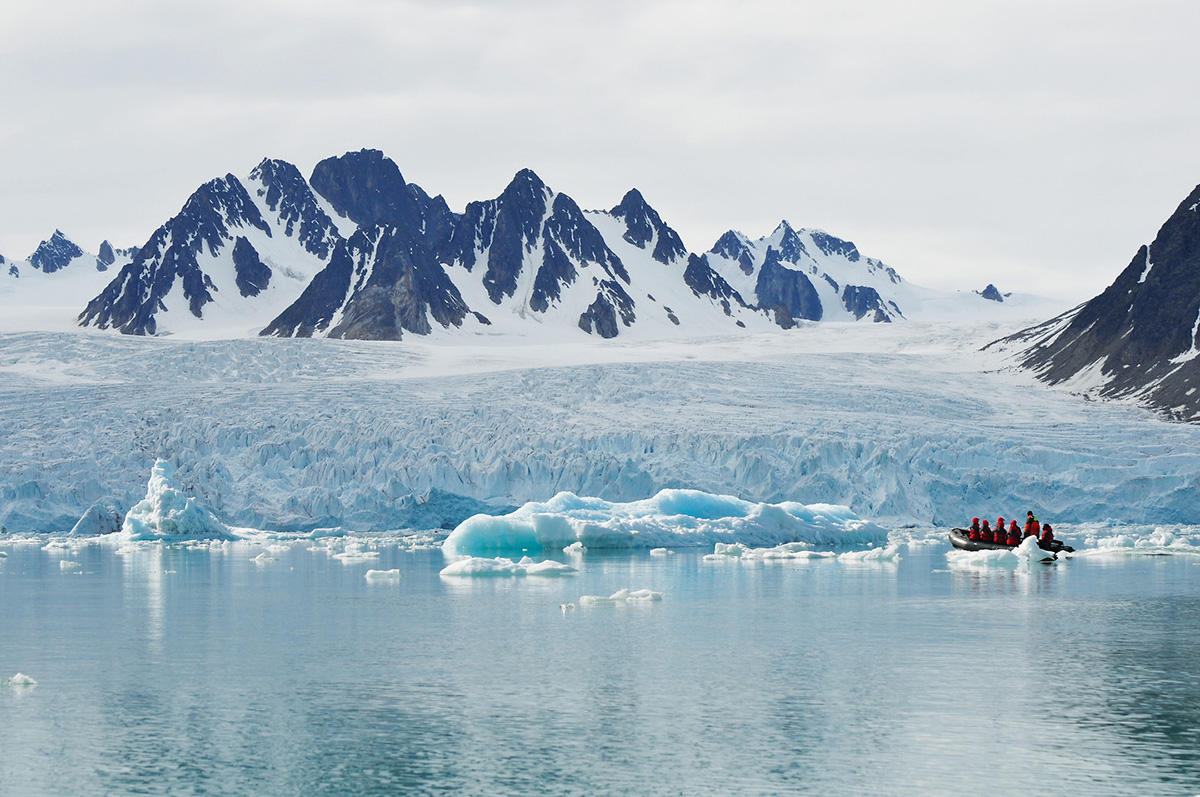 Turkey is establishing a research base in Antarctica. At first sight, this may be seen as a relatively minor issue, and even irrelevant, considering the broader foreign policy priorities of the government. It, accordingly, is an exemplar process disclosing the extent to which the recent isolationism arguments regarding the assertion that Turkey is breaking away from the West are null, and the populist nationalism accompanies and unexpectedly enhances the internationalist openings in the foreign policy domain. This article thus elaborates Turkey’s efforts to establish a scientific research base in the Antarctic, with reference to the internationalist concerns both alternating the tendency of nationalist isolationism and enhancing the willingness of becoming part of the international environmental risk society.

We have, indeed, every reason to become more pessimistic about Turkish politics. The measures targeting certain political groups and politically-inclined intellectuals adversely contribute to the country’s international image. The state survival discourses and the marginalising attitudes towards the opposition get widespread criticism, especially from the Western intellectual and political circles. In the Western media outlets and scholarly publications, there exists an unspoken consensus describing Turkey as a country with anti-democratic, autocratic and dictatorial tendencies. What makes this negative perception prevailing is the discrediting attitudes of the business circles and investors towards Turkey. Turkey has for a while been experiencing isolationism, particularly due to its uneven and occasionally confrontational relations with the US, the EU and many of the neighbouring and regional countries – described as worthy-loneliness. This is the case in spite of the terminologically rich and peace-championing foreign policy discourses of the previous Justice and Development Party (AKP) governments. Especially with the transition to the presidential system and following the formation of the people’s alliance, a nationalist electoral front, the dominant language in domestic and foreign politics became established by the discourses of state survival and by the grand narratives emphasising historical and moral superiority of Turkey in the world and regional politics. In fact, moral superiority discourses merely functioned to escalate the confrontational and isolationist attitudes in Turkey’s international politics. As a result, Turkey’s area of influence in the Middle East and the Mediterranean has been substantially narrowed; it is constantly criticized by the EU on issues such as human rights, the rule of law and the independence of the judiciary; and it came to be searching for alternatives to the Western security umbrella due to its adversary relations with the US.

Despite all these, it is not possible to talk about foreign policy isolationism in Turkey’s international policies; and this is not only because isolationism is not a sustainable or feasible political attitude for any of the present-day states. Turkey has held civilization-based internationalism long before putting it into the centre of its foreign policy narratives – it experienced expectations of such a responsibility as early as the late 1940s in the Middle East or as seen in the example of the April 23 Children’s Day, it long developed global concerns. With the AKP governments, these global concerns and responsibilities have unprecedentedly moved into the heart of the policy agenda. Turkey has become a leading humanitarian aid provider in the world for the last decade, solidified its relations with the historical kin communities in the broader former Ottoman hinterland, built a number of public diplomacy institutions equipped to reach the peoples of the foreign publics, opened new diplomatic representation offices in tens of countries, became a willing contributor to the international risk communities on refugees and other vulnerable people worldwide, and involved in conflict resolution processes in the Third World. Moreover, the transnational networks and ties of the political parties, civil society or business circles have unprecedentedly increased, making the people of the country well integrated into global scientific, trade or public policy processes.

All these international involvements and awareness continue despite the loneliness –worthy or not– experienced in foreign policy. They often, in fact, make the claim of loneliness a null one. Turkey sees itself, both as a country unjustly alienated by the Western international community and as the contributor to and defender of Western values and standards. This reveals itself explicitly in Turkey’s recent science-based internationalism towards the Antarctic, and it seems that now the science became a ground for Turkey to see itself a responsible member of the international community aiming to contribute the global problem-solving capacity.

The Turkish Flag in the Antarctic

The responsibility borne over the issues the world and its people face is a duty of cosmopolitan kind imposed by international regulations and institutions. Yet, practically, not all countries make equal use of such responsibilities – some simply ignore them, while others utilise them in a hegemonic manner in order to increase their control over less capable nations. The same is the case in their dealing with the common heritage of humanity, including the Antarctic. So far, only limited number of nations have joined the global governance regime over the Antarctic – Turkey desires to be the 30th country to ratify the Antarctic Treaty hence become a consultative party in Antarctica with a right to participate in the decision-making processes. It is, therefore, for Turkey, a step towards joining the international community as a responsible member with sheer concerns for the fate of mankind. The government has also vastly articulated the national benefits of becoming part of the Antarctic regime; the rationale behind it will be dealt with below.

Antarctica has never been a concern for Turkey – no interest had been shown until the mid-1990s. The first ever Turkish-descent scientists visited the continent was in 1967, long after the continent was discovered, accepted as a non-sovereign sphere, and begun to be used for scientific studies. These individual endeavours were fruitful, as the names of some of these Turkish scientists were given to certain geographical places in the continent as a recognition of their contribution to science and research on the continent. These places are Karaali Rocks taken after Professor Atok Karaali, Inan Peak after Professor Ümran İnan, and Tilav Cirque after Professor Serap Tilav. In 1995, Turkey, unexpectedly, decided to sign the Antarctic Treaty, however, since Turkey did not have a national programme on the Antarctic, in the scope which the country conductedregular or seasonal scientific activities, it, therefore, opened research facilities in the continent, which remained as a non-consultative party.

Nonetheless, two decades later, Turkey ratified the Protocol on Environmental Protection to the Antarctic Treaty (the Madrid Protocol) as a complementary step and introduced a National Polar Science Program in 2017. As part of this program, since 2017, a science expedition team has been sent to Antarctica in order to prepare the necessary legal and practical grounds for the establishment of an initially seasonal, and later permanent, research base in the continent. In organising the expedition trips and in setting the ground for the permanent research base, close cooperation is held with Chile – an experienced county operating several seasonal and permanent research bases in the continent.

Turkey’s national polar programme was fiercely criticised (by some) in domestic politics because it was seen as an unnecessary involvement, costly and targeting a geographically remote place. As a response, the government had to develop a counter-narrative, putting forward the cognitive proximity of the continent, the civilizational responsibilities Turkey bore towards the humankind, and the advancement of national interests as a justification for being in Antarctica. It is accordingly argued with reference to the historical Piri Reis map (dated back to 1513), which showed the Antarctica centuries back before it was discovered, that it is a civilizational heritage to show presence in the continent. It was suggested to name the to-be-established research base after Piri Reis within this very scope. Nonetheless, the civilizational heritage discussion paved also the way for Turkey to suggest the necessity for the country to claim a right in deciding the future of the continent. This later was heavily discussed as part of geopolitical and geo-economic values of the continent for the prospective national interests of the country – in fact against the spirit of the Antarctic Treaty. In the media discussions on the subject, that is, opposing Turkey’s opening a research base while the small states’ (such as Czechia, Belarus, Ukraine, Bulgaria) having research bases in the continent, was presented as an assault to the national pride of the country. Complementarily, waving the Turkish flag in Antarctica became a motto of the programme’s campaigns:  the Turkish scientific expedition team’s use (and test) of nationally-developed and geared high-tech machines in their research has been proudly announced, accordingly.

Depicting Turkey’s foreign policy as isolationist is not only incorrect but is also incomplete and improper, as it would make it impossible to observe how integrated the country to the world, in both governmental and non-governmental domains, is. Although the nationalist discourses are becoming dominant in the country, which makes the internationalist discourses an open target in public discussions, the country is well integrated into transnational networks of several kind and epistemic communities worldwide.

So, the goal to establish a research base in Antarctica means that Turkey endeavours to face the realities of the world concerning the entire humanity and that it redefines the geography-based cognitive references dominant in the country. As a common occurrence, the harsh nation-state experience in the country has forcefully contained the responsibilities of the people to the national borders and establishing the base was perceived as a practice of favouring others at the expense of your own. This had been the case despite the development of internationalist frames and pan-ideologies.

The polar research programme, therefore, is another progressive phase in Turkey – a necessary step for the country to become a contributing member of the environmental risk society. However, having seen the political reasoning for the involvement in the continent, it also represents a phase in Turkey’s quest to have a further say in world politics. It also shows that there is no way Turkey’s contemporary troubled relation with its neighbours or with the Western countries would mean the country is isolated or would choose to become one. 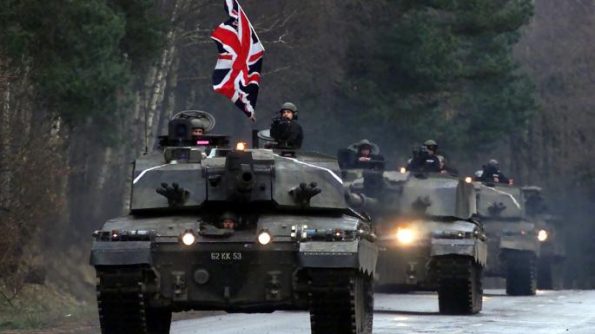 Previous post Development of Counter-Insurgency Capacity of the British Army 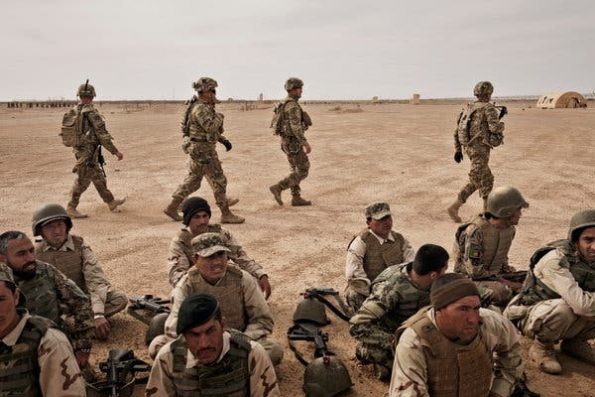 Next post The Groupthink Model The Impact of Groupthink on Decision Making Case Study: The Afghanistan and Iraq Wars