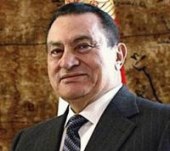 Egypt as Mediator – Past and Present

This week’s high-profile visit – Mr. Mubarak’s first to the White House in five years and his third meeting with President Obama in less than three months – served to re-focus attention on Egypt’s vital and continuing role in the quest for peace in the Middle East.

It was President Mubarak’s predecessor, Anwar Sadat, who first went to Jerusalem more than 30 years ago [November 1977] to reach out to the people of Israel by addressing the Israeli Knesset. And Egypt was the first Arab country to establish diplomatic relations with Israel. The Egyptian leadership is trusted both by Israel and the Palestinians.

However, during the George W. Bush administration, U.S.-Egyptian relations cooled, largely because of the war in Iraq and because of Washington’s criticism of Egypt’s human rights record and its failure to democratize.

British journalist Ian Williams suggests that President Mubarak will face an obstacle course as he tries to bring Israelis and Palestinians back to the negotiating table. From the Arab point of view, Williams says, Israel promised to stop settlement building but did not, so it doesn’t deserve any concessions. Nonetheless, as the recipient of $1.3 billion in U.S. aid, Egypt wants to accommodate the United States whose new President has made clear his intention to bring about a peace accord between Israelis and Palestinians.

President Mubarak faces another serious obstacle on the home front. “The peace treaty isn’t that popular amongst the Arab masses in Egypt,” Williams says. But on the positive side, he notes that Mr. Mubarak and the Israeli leadership agree that Iran poses a major threat to the region. “He sees militant Islam as something that could actually overthrow him,” Williams explains. For example, the Muslim Brotherhood remains a major source of worry for Mr. Mubarak.

Arab journalist Nadia Bilbassy, senior correspondent with the Middle East Broadcasting Center, covered President Mubarak’s visit to Washington. She also attended a press conference led by Sa’ad Eddin Ibrahim, Egypt’s most prominent civil rights activist. As Ms. Bilbassy notes, there were demonstrations outside the White House, even as the two presidents were meeting on Tuesday, protesting Mr. Mubarak’s record on civil rights, the lack of free and fair elections in Egypt, and his government’s persecution of political opponents and journalists.

Nadia Bilbassy says President Obama faces a complex set of choices because Washington needs the Egyptian leader’s mediation on several fronts – between Israel and the Palestinians and between Fatah on the West Bank and Hamas in Gaza. Yet, at home, she warns, Mr. Mubarak is regarded as an autocrat.

When President Obama gave his speech in June in Cairo, reaching out to Muslims worldwide, he described President Mubarak as a “force of stability” in the region. “I think this administration bases its calculations of regimes that can help them solve other problems as opposed to being confrontational and demanding human rights and democracy,” Bilbassy says. “They probably buy into the idea that it is better to have stability with known regimes like the Egyptian one as opposed to having free and fair elections where an unknown number of parties, including the Muslim Brotherhood, might come to power,” she adds.

An Israeli Perspective – from an American Analyst

Middle East analyst and Georgetown University professor Robert Lieber says the current Israeli government and the Mubarak government have developed what he calls a “pragmatic and effective” working relationship. “Israel relies on the Egyptian president,” he adds. Lieber says that, if any progress can be made, Egypt will likely be the intermediary. At the same time, “what is somewhat contradictory is that, in practical terms, the prospect for a major agreement between Israel and the Palestinians is very poor.”

To reach an agreement, Lieber says, strong leadership is needed on both sides. “Each side needs to know that, if it makes concessions and compromises, the other side will live up to its agreement,” he argues. Furthermore, he says, the Palestinian leadership has to speak frankly to its own people. “They can’t continue the conflict if they want to have a state.”

For that reason, Lieber says, the prospects for the near term are not good, so it would be “more promising” to concentrate on the short run. “The best you can do is to try to achieve what the Netanyahu government in Israel has been arguing for – major steps to improve the Palestinian economy and living conditions, to reduce road blocks in the West Bank, and improve security,” he argues.

The Palestinian leadership and other Arab leaders in the region have made it clear that the Netanyahu government’s solution is unacceptable to them and meets none of their own requirements – regarding borders, settlements, the status of Jerusalem, or refugee return.

However, President Obama and President Mubarak remain optimistic in the long run. Mr. Obama told reporters at the White House that he saw movement in the “right direction,” referring to reports that Israel is moving to halt new housing projects in the West Bank. He stressed that all parties – Israelis, Palestinians, and Arab states – need to take concrete steps to restart serious negotiations.

Previous post Iraqi Arabs and Kurds: How Wide Is the Gulf?
Next post Iran: OK, The Cabinet’s In, Has Ahmadinejad “Won”?