Emerging countries are gaining more importance in the international arena, inaugurating policies aimed at covering those roles that Western ones seem unable to deal with. In particular, the BRICS group (Brazil, Russia, India, China and South Africa) is reaching increasingly importance from the standpoint of geopolitics, soft power and in the institutional-economic field. In fact, they are using all the available means to increase the presence in peripheral areas, build an accountable image of themselves, and have the support of parallel institutions with a different functioning than the traditional ones like the International Monetary Fund (IMF). What effect this situation will have on global governance?

BRICS as a threat

The BRICS represent the most important threat to a “consolidated” international system, deriving from globalization, under the predominance of Western countries both in an economic way1 and also regarding global governance.2 While Europe is struggling to find some unity, and in the US Trump’s policies are creating more isolation, these emerging powers are devoting themselves to consolidating their presence (and their power) in much of the “peripheral” world (the so-called Global South) and not only, and to achieve greater cooperation to change current global governance giving impetus to the reform of international financial institutions.3 In the coming years, the economic and political destiny of the world will depend largely on how we act towards them.

While a fragmented EU and the US following protectionists policies are trying to cope with the advancement of those emerging powers (and their policies often reflect this scaring situation), the surprising growth of the BRICS has allowed themselves to free from the weight of economic and financial control of international institutions and, at the same time, to have a more authoritarian voice in the global framework. Furthermore, their economic weight and the achievement of important levels of development have strengthened their partnerships and cooperation, as often declared during the various annual BRICS summits.

Among their cooperative purposes, the BRICS have repeatedly claimed to give a contribution to shaping global governance.4 Over the years their voice has been growing more, so much to encourage reactions from Western countries that, finally, have found themselves unprepared in many ways. First of all as regards the extent of this big change inaugurated by the BRICS, that has  consequently affected their leadership, and then because they found themselves fragmented in relation to the economic crisis that has struck them, and in which the growth of these countries has certainly had certain influence. In this sense the EU, conceived as a civilian power and previously considered a model to be imitated5, in recent years has lost a great part of its charm (soft power) and, above all, has highlighted its cracks. Here, in addition to the ongoing inability to cope with economic problems, other important issues have emerged, such as the way in which the issue of migrants and populist drifts are addressed, which highlight even more the divisions among political visions. The same can be said, with due differences, about the US: in this country the policies inaugurated with the “America first” doctrine, have created even more problems, not least a “commercial war”, and have also encouraged a greater realignment of emerging countries that now, by making pacts of greater closeness among them6, are organizing a sort of resistance to Western modus operandi by representing the “rebel” world, as in the case of Venezuela7 or in Africa, where their behavior is following a different logic from the European imperialism occurred over the past centuries.

The presence of BRICS countries in Africa, like China and India, has increased significantly, threatening the Western “domination”8, and is characterized by the policies adopted. In the last few months, for example, China has promised interventions aimed at building infrastructures and improving services also with non-repayable loans. This attitude, which certainly hides its personal benefits, traces a major change compared to the policies adopted by European countries. In fact, historically the presence of Western powers in Africa has had the effect of domination and submission, causing in many ways an economic and social backwardness which consequences are still under our eyes: the issue that is dividing Europe in the present day, namely that of migrants, is a consequence of centuries of those kind of policies, which now break on the international scene causing destabilization.

China and India, but also other BRICS countries (not counting also the strategic function that covers South Africa itself), are instead trying to cover this gap, looking for compromises of growth that should establish less conflicting relationships. By doing so, these emerging powers are configuring themselves as the real voice of the Global South: their behavior, together with historical and colonialist motives, could favor a greater rapprochement towards them.

BRICS and Their Policies on Climate Change

Climate change is one of the most pressing problems facing humanity: several summits have been created to try to give an          answer, and international institutions are trying to bring attention to this problem by including it, for example, among the Sustainable Development Goals9, in respect of which the BRICS have undertaken commitments.10 Like other problems, climate change seems to play a central role in the BRICS policy choices.11 Their efforts coincide with a parallel decline in credibility by Western countries. In fact, the US have even abandoned the agreements taken in Paris (COP 21), while other European countries, despite the proclamations regarding the urgency of taking action, have often an ambivalent attitude, such as the case of France, where the Minister of Ecological and Inclusive Transition resigned because he accused the system of following “policies that favor environmental disorder”.12

Thus if on the one hand Western countries are moving away from that leading role that they should have covered in climate change, also because of their historical responsibility in this regard, on the other the BRICS are proposing themselves as the most credible countries that really take these problems seriously, at least in appearance. In fact, through parallel institutions such as the New Development Bank (NDB), they invested a huge amount of funds in renewable energy.13

This aspect hides a more far-reaching goal: that of overcoming the power vacuum of the declining Western countries, and proposing themselves as leading powers. Even if the Western countries still represent cultural models to be imitated,14 however the BRICS are investing a lot to build a credible image of themselves to represent a sort of accountable alternative.15

We still don’t know how much credibility these countries will be able to build, considering that China and India depend on obsolete energy resources.16 But it is clear that the efforts of these countries seem more concrete than Western ones. All this will have an important effect in the future, considering that these efforts could probably be considered as a means to seek accountability to develop more soft power.

Finally, it is to consider the weight that the parallel institutions created by the BRICS cover in the global scenario: institutions such as the NDB or the Asian Infrastructure Investment Bank (AIIB) represent an alternative to the “old” international ones, such as the IMF and the World Bank (WB): above all because they have a more democratic functioning, compared to that of IMF and WB, which have an asymmetrical system of distribution of votes17 and are also reluctant to reform it18, but also because they want to effectively act as an alternative model to the old global financial governance.

The influence of the BRICS is therefore decisive in geopolitics, soft power and institutional-economic fields. Coinciding with a parallel crisis in Western countries, this situation gives rise to various reflections.

First of all, what consequences this will bring to the sphere of global governance. Global governance, with all its various nuances, has often been criticized because it is considered another means by which Western countries, although they claimed a common condominium in which to promote greater global participation, in practice reaffirmed their preponderant weight in directing global issues. The emergence of the BRICS countries, however, is questioning this paradigm and is transforming the meaning of governance itself.

What kind of reaction the Western countries will have? Will they be accepting this multilateralism now underway? There are countless voices that rise to warn against potential wars (not just commercial ones) that could take place. However, we hope that the answers are of a different kind, tending to recognize the decisive weight that the BRICS are having at a global level, looking for diplomatic, rational solutions, and aimed at reaching a global human governance.19 Otherwise we would have to conclude that the world will be divided in a “new” bipolarity: on the one hand the Western countries, stubborn to a type of policy that is proving inadequate, on the other the BRICS that can exploit this situation to fill this role of leadership, trying to change the “center-periphery” paradigm theorized by Wallerstein20 and to occupy those central positions, building a new global architecture, modeling global governance in a different way, and leading to consequences that give space to multiple interpretations, but that without no doubt could trace an unstable future. 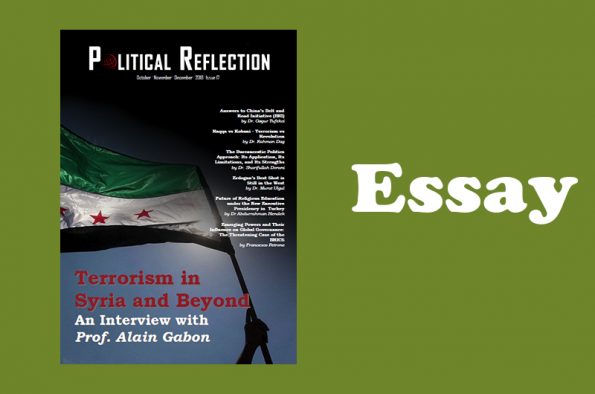 Previous post The Bureaucratic Politics Approach: Its Application, Its Limitations, and Its Strengths 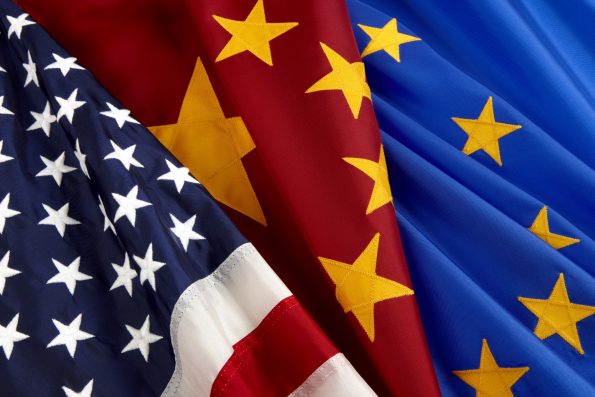 Next post Answers to China’s Belt and Road Initiative (BRI)