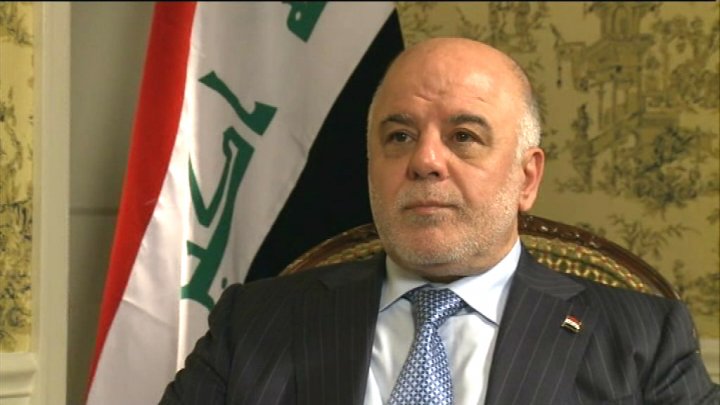 In Iraq, the menace of radical Shiite cleric Moqtada al-Sadr, leader of the Sadrist Movement, has reared its head again, posing serious challenges to Prime Minister Abadi and his plans for government reform.

For several months, Abadi’s efforts to fight corruption and replace incompetent ministers with technocrats have faced resistance from entrenched interests from all sides, both sectarian and ethnic, who want to retain their clout and privilege. Sadr, who initially cast himself as an Abadi ally, is now pushing for more extreme changes to the government and is threatening to uproot it altogether.

The next few weeks may be critical. If Sadr insists on pursuing his ambitions to take over the Iraqi political sphere, there could be grave consequences. If Sadr’s dissatisfaction with Abadi drives him to implement his threat of forceful government change, a failed Sadr uprising would result in significant bloodshed from both his followers and government forces. A successful uprising would cause the full implosion of Iraq’s current political process.

Sadr’s posturing reflects the intra-Shiite divisions in Iraq now boiling to the surface. The conflict mainly revolves around the relative costs and gains associated with Abadi’s impending Cabinet reshuffle. Now, Abadi is facing resistance from familiar political actors who benefit from maintaining the status quo along with that of the less predictable and more extreme Sadr.

Pressures against Abadi’s suggested reforms have escalated quickly since February. Ayatollah Ali al-Sistani, who last summer empowered Abadi to enact aggressive reforms, decided on February 5 to suspend the Friday political sermon. The move signaled his partial withdrawal from the political scene and left a vacuum that Sadr rushed to fill. In less than a week, Sadr acted, swapping his support for Abadi with a sinister ultimatum: Abadi has 45 days to implement his reforms, under Sadr’s guidance, or else Sadr will seek his replacement.

Sadr has since proceeded to mobilize his movement. He led a huge rally in Baghdad on Friday, February 26. There, he gave a brazen speech before thousands of followers in which he deployed his commonly used refrain of a government insider criticizing from within. His speech made visible his desire to ride the current wave of public frustration with Iraq’s precarious situation by accusing the entire political class of being corrupt. This accusation included the expendable aides who had become lawmakers and cabinet ministers on his movement’s ticket.

Sadr told his followers to hold another rally the following Friday and asked protesters to bring it even closer to the edge of the Green Zone — the seat of government and home to most foreign embassies. He claimed the protest would be strictly peaceful, but the threat was right there: Sadrists shall storm the Green Zone if Abadi failed to produce satisfactory — to Sadr — results before the 45-day ultimatum ends.

Sadr’s stated plan if Abadi fails to oblige involves removing the current government and replacing it with technocrats selected by a committee of his own aides and elected through a vote in parliament. However, Sadr said those parliamentarians who failed to vote favorably would be dealt with by the people, transforming the parliament into a tool of legitimization for this new government.

Another indicator that Sadr is once again attempting to position himself as a national-level leader he paid lip service to Sunni Arab grievances during the February 26 speech. Sadr first employed this tactic in 2012, when former Prime Minister Nouri al-Maliki was in the crosshairs of an effort to oust him devised by Sunnis, Kurds and secular parties. Sadr smelled blood and joined the opposition hoping to present himself to the Sunnis and Kurds as the alternative Shiite partner.

Other major Shiite parties, including Abadi’s rivals in his own Da’wa party and Islamic Supreme Council, are aware of Sadr’s intentions. They are not keen on surrendering powerful positions to “independent technocrats” nominated by Sadr. ISCI, Da’wa, and Kurdish representatives insist that a cabinet reshuffle must maintain the basic balance in the system, otherwise Abadi shall go too and a new government shall be formed from scratch. Some Shiite figures, including Maliki and transport minister Bayan Jabr, are trying to build new bridges with US policymakers and float their names as reasonable replacements for Abadi. The difference between Sadr and those who contest him, though, is that they are establishment actors not interested in undoing the system.

So far it is unclear if Iran has directly involved itself in this struggle between Abadi and Sadr. Iran is unlikely to be pleased with a Sadr-dominated government given the history of power struggles between Sadr and Iran’s close proxies – Asa’ib Ahl al-Haq and Badr Corps – and Sadr’s general disdain for an overbearing Tehran.

Iran had intervened to balance the political scene in favor of Maliki after the 2010 election and during the 2012 movements to replace him, and against him later following the 2014 election and ISIS onslaught. If this time Iran puts its weight one way or another, either with Abadi or a candidate from ISCI or Da’wa, then it could very well block the Sadrist threat. The implications of Iranian intervention for Abadi are another matter.

Abadi is stuck between Sadr wish to make him a puppet and the other Shiite forces that seek to maintain the status quo. Yet Abadi is not surrendering. He has pushed back against the cleric in a March 9 speech, in which he criticized Sadr’s demagoguery. He also reiterated that reform must come through working together, not by fait accompli. Abadi stressed that he is determined to implement cabinet reforms soon and in accordance with the constitution.

However, Abadi’s ability to successfully implement these reforms is another matter. If Abadi’s cabinet reshuffle plan stalls or fails to pass in Parliament, he risks open confrontation with Sadr. In the most extreme case, this could mean thousands of Sadr’s followers storming the Green Zone, but will in any case cause a loss of credibility and overall increase in public outrage. Alternatively, pushing forward with his reforms and cabinet changes will still require Abadi to placate ISCI and Da’wa while simultaneously preventing Sadr from infiltrating the process and claiming an over-sized role in Baghdad.

The road ahead is going to be turbulent and unpredictable. This dangerous situation highlights the fragility of intra-Shiite relations and the stabilizing role of the senior clergy in Najaf. Expediting reform now and/or convincing Sistani to reengage the political discourse would be better than waiting to test whether Sadr is indeed serious about imposing his views by force. It would not be the first time Sadr drags his followers, and the country, into a misguided confrontation.

This article was originally published on EA Worldview. Read the original article.

Previous post The Art of the Deal? More of the Same! 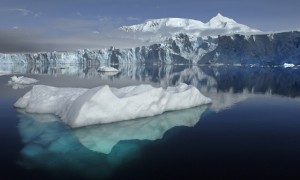