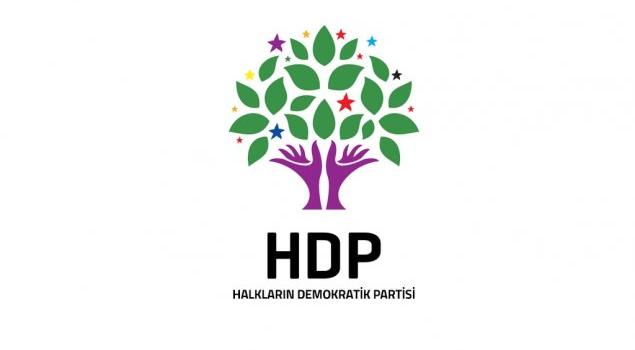 Since the PKK was established an illegal, armed organization, it has always been revolutionary in the way it obtained its results regardless of a transformation from separate state to democratic autonomy. There was no official alternative to supersede this methodology until the People’s Labor Party (HEP) was brought to life in 1991. Due to the state’s military suppression of Kurdish identity, the PKK not only preserved its position as an illegal, armed organization, but also kept the pro-Kurdish political movement from the HEP to the Peoples’ Democracy Party (HDP) within its orbit. Under this circumstance, the PKK has played hard while the legal, pro-Kurdish political movement undertook official channels as its working area. It seems that nothing has changed since then because their methodologies dealing with the issues in the second decade of the 21st century are still different – revolutionary people’s war and social/socialist democracy, respectively.

The PKK, Kurdish Communities Union (KCK) and the HDP are in the same pro-Kurdish institutional movement and share the same ideological roots. For what each organization fights is more or less the same as it has been to form a democratic society in Turkey in which Kurds have their own natural human rights. This is at least what it has been claimed. However, having common goals does not make them follow the same path.

For instance, the KCK calls for uprising and resistance as reactions to the arrests regarding the Oct. 6-8 Kobani demonstrations that ended with more than 50 deaths and numerous injured together with physical and psychological damage. After these results, it is still believed that the call was right and the deaths were not their fault. The HDP has not been so eager to justify the events except for a couple of days after it, and said that they were not able to foresee the deaths and social damage it cost.

The core point here is that sometimes those strategies, not explicitly, but implicitly, contradict each other and intra-pro-Kurdish differences emerge. Some of the members of the KCK executive council openly suggest that the state’s psychological war tactics are influencing prominent figures of legal pro-Kurdish institutions like Selahattin Demirtaş, a co-chair of the HDP, because of the reason mentioned above of confessing not foreseeing the results of calling people to the streets. Furthermore, such a difference in methodology can be seen in their practices. The PKK and KCK abduct people, set up check-points, attack major construction sites in mostly Kurdish-populated areas while the HDP asks parliamentary questions to the government, offering constitutional changes, organizing social and political gathering and so on.

To continue, the reason of the call for demonstrations was the argument that Kobani, Syria was falling due to the Islamic State of Iraq and al-Sham (ISIS) attacks which Turkey was allegedly assisting, as opposed to the Kurds fighting there. This argument, whether true or not, might be a reasonable cause to protest, but it is not enough to call people to initiate internal war between Kurds and Turks. What I mean here is a possible resurfacing of armed struggle between the PKK and Turkish Hezbollah as has happened before. Zooming in to the pre- and post-Oct. 6-8 events, it was the PKK and KCK implying that all versions of Islamic movements are actually responsible for the attack on Kobani as they are both secretly and publicly helping ISIS to eliminate the revolutionary cantons unilaterally declared by the Democratic Union Party (PYD) right after the withdrawal of Syrian President Bashar Assad’s forces. Putting all these together, it would not be so difficult to see the potential target that is initiating a revolutionary people’s war. While all this is happening, what the HDP did is just follow the arguments of the PKK and KCK and take them as absolute truth.

The reactions of the PKK and HDP were again methodologically different. The initial one accused police forces of killing people while the latter emphasized the responsibility of the government to find those who did the killings.

Immediately after the events, the government first sought to identify the perpetrators and then a large-scale arrest operation commenced.

So far more than 300 people have been arrested out of the 800 detained. Due to the fact that those who led the so-called public reactions against Ankara’s Kobani policy have naturally been key figures in organizing violent street protests, affiliated with the PKK and KCK or official members of the HDP, the KCK executive council repeatedly called for uprising and resistance against these arrests. It also described them as politico-cultural genocide against all Kurds. Therefore, it mostly said that Kurds should rise up against these arrests. On the other hand, HDP parliamentarians mostly discuss the contradiction between the ongoing reconciliation process and the arrests.

If every arrest caused an uprising in the place it occurred, it is highly likely that the Oct. 6-8 events would be repeated in Kurdish areas. Anytime when the PKK and KCK seek leverage to force the government to do something, the first methodology it employs is to spark a revolutionary people’s war that stems from its ideological standpoint. The HDP, however, claims to be social-democrat and uses democratic non-violent methods within its arguments as long and as much as it can. The latter actually has to do politics in this way since upcoming elections might be its most significant turning point in terms of determining and consolidating its place in Turkish politics.

Nonetheless, their constituents are intercepting. The one that outweighs the other is the PKK and KCK, believed to be the main reason why Kurds get their voices heard and taken seriously by the government. In this equation, the legal pro-Kurdish political movement does not have adequate self-confidence to come to the fore, which might result in a dramatic decrease in its number of votes. What it technically should do is not to lose its electoral support and also get more via its social-democrat identity that proved to be working in the last presidential election.

For instance, recent statements by some members of the KCK executive council like Mustafa Karasu, Sabri Ok and Cemil Bayık, have had a similar tendency that threatens the government to experience more events like Oct. 6-8 and also to respond to the arrests of pro-PKK and KCK people with arresting state officers. In the same vain, prominent HDP figures are not able to refuse such a methodology, and at most, they remain silent, if not publicly oppose them. The question that should be asked is why democratic ways of doing politics or of asking for more rights for Kurds, including constitutional recognition, are not being predominantly used and violent protests are preferred.

In my point of view, the PKK, KCK and pro-Kurdish legal political movement do not trust themselves to do politics without the shadow of conflicts and armed struggle. The PKK and KCK’s base support and the HDP electorate stem from the idea that the governments of “Turks” are still fighting Kurds just because they are ethnically Kurdish. The striking indications of that reality are the KCK’s recent calls for the imperativeness of total uprising and resistance and the statement from Selahattin Demirtaş arguing that security reforms would cause more uprisings and resistance so that the reforms could not be carried out in the region. Is the HDP a social or socialist democratic political party of “Turkey” from an ideological standpoint and should it defuse the PKK and KCK’s calls for uprising and resistance and stress the democratic ways to get what is wanted? Relying on political activities such as labor rights, communalism of local recourses, asking for more participatory local assemblies and protests, it seems the HDP has a desire to be part of politics as a social or socialist democratic political party, however it is left no choice but to approve of or support PKK and KCK polices regardless of whether they are democratic or not.

The deficiency in Kurdish rights, if compared what has been asked and obtained, seems to be fundamental criteria to provide the legal pro-Kurdish institutional industry of the HDP, Peoples’ Democratic Congress (HDK) and Democratic Society Congress (DTK) the upper hand in opposing to the PKK and KCK’s methodology of revolutionary people’s war. Therefore, despite harsh criticisms of the HDP under the influence of the PKK and KCK, the government should step forward to meet the gap to create politico-socio-cultural spheres in which the PKK and KCK operate. By doing this, the HDP will get favorable political strength to force the PKK and KCK to change its methodology to considerably more democratic ways.

Eventually, it is imperative to separate the democratic and non-democratic ways of doing politics. It seems that this is not only the government’s responsibility, but also that of the HDP.

Previous post The Clash of Powers or The Dawn of a New Era? 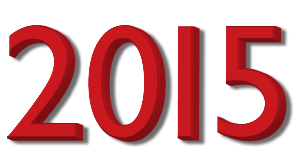