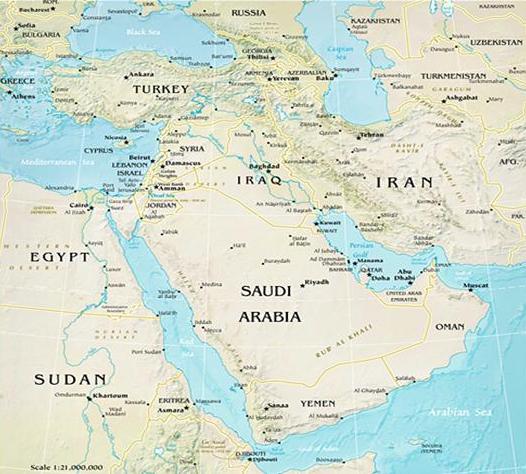 The Middle East is the homeland of most ancient civilizations. Being at the crossroads of Asia, Africa and Europe, the Middle East is an important and dynamic region that consistently preoccupies world’s political and economic agenda.

For beginners, the term Middle East is invented by Alfred Mahan in 1902, naming the region by its remoteness of continental Europe. The term, however, is not attributable to a geographical space, but the entirety of region may be defined by shared cultural and historical characteristics of the nations.

On political and economic spectrum, most of the regional states are far away from promoting democratic governance and improving human rights concerns and are “rentier states”.

Contributions to the Middle East desk are valuable for us and highly appreciated by CESRAN.