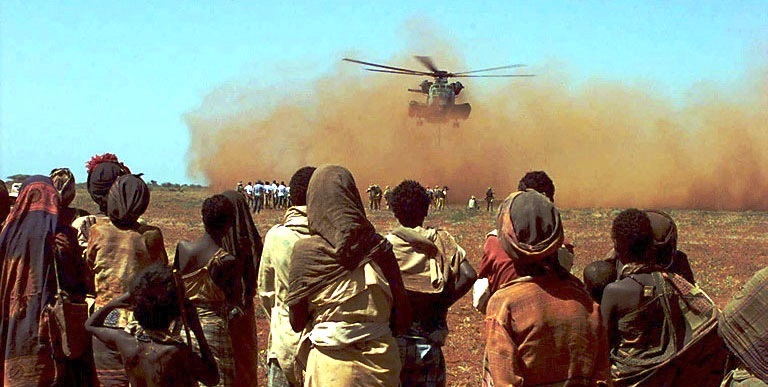 The last decade has been a golden age in the history of Turkey`s international humanitarian initiatives. Today, Turkey`s humanitarian aid organizations, both state institutions and civil society organizations, operate in over 100 countries worldwide. Thanks to the opportunity spaces created throughout the last decade, by which religious civil society was successfully de-securitized after an almost decade-long containment, civilian initiations were similarly accelerated with state institutions running international humanitarian missions. Ultimately, not only their human resources and financial conditions, but also operational experiences and capabilities have expanded. They then became capable of influencing and even guiding Turkey’s foreign policy agenda, which we have seen, for instance, in the Humanitarian Relief Organization (IHH)’s Mavi Marmara initiation, an attempt to break Israel’s illegal and inhumane blockade of the Gaza Strip in Palestine in 2010 that resulted in the killing of nine civilians by Israeli commandos in international waters. Nevertheless, despite the huge number of countries to which aid is delivered, it is shocking to see that there are less than a handful of nongovernmental charitable aid organizations undertaking cross-border missions in Turkey. What is more interesting about them is that the majority of these organizations were initially established under a faith-based motive. It is therefore worth questioning why there is a lack of cross-border humanitarian engagement among charitable civil society organizations in Turkey and why the existent organizations are mostly oriented around Islam.

The culture of running charitable activities and initiatives for the cause of social solidarity has always been present in Turkey, even at times when the state was the sole definer of the boundaries of civil activity. However, the great majority of these charities have been running projects of caring, nourishing, developing and enhancing the needy and vulnerable only on the national level. It can be seen that an internationalist vision is therefore lacking in most of these organizations with diverse politico-cultural backgrounds. Faith-based organizations constitute an exception here, as the majority of charitable organizations with cross-border engagement are of Islamic background and culture.

This internationalist concern of faith-based organizations in Turkey could be explained with the presence of the cognitive frames molded by the consciousness of the Islamic community. We will come to this later, yet bear in mind that ideological frames that suggest having cross-border engagement are present in almost all socio-political blocs in Turkey. The “Pan” ideologies of nationalists and the vision of dialogue and cooperation beyond national borders of liberals and socialists embody all the required frames to develop a practicable internationalist concern. Therefore, it is striking to see that these ideologies do not translate into international engagement in a humanitarian sense. Why have nationalists, liberals or socialists, while having the frames of international engagement, not developed cross-border institutional humanitarian action, while Islamic groups have?

The first reason for this is that these groups are incapable of or are not interested in translating present internationalist frames into international engagement on a humanitarian level. Related to this, nationalists or secular nationalists are more prone to having a Turkey-centric approach to humanitarian action. They therefore are founding organizations of this kind, yet their area of activity is intentionally confined to Turkey. So it is not about giving less or more, it is about focus. Yet, this focus does not prevent them from reacting to international humanitarian crises or individually making donations – this is more of an international humanitarian discourse without institutional action. Third, one could argue that compared to faith-based charitable organizations, other organizations may have hardships in finding the required financial resources to sustain continuous international humanitarian action. Since Muslims are religiously obliged to donate a certain portion of their income to be distributed to the poor and needy regardless of their faith, faith-based organizations function here as the channels for these donations to be distributed and thus for accomplishing such duties of sharing and caring. They therefore can readily generate donations for cross-border humanitarian action. Finally, in Turkey there is a general problem in donations that prevents the distribution to charities institutionally and from a single source. As a 2006 study conducted by the Third Sector Foundation of Turkey (TÜSEV) revealed, almost 80 percent of the people in Turkey make donations in one form or another, but the majority of these donations are made by hand directly to individuals in need. Another study by the Charities Aid Foundation from 2010 revealed that only 14 percent of people in Turkey make financial donations to a charitable organization. These two pieces of data confirm that the lack of organizations with international missions would also be caused by the public’s habit of making donations in Turkey. Nevertheless, most of these stand only as peripheral reasons. Not all faith-based organizations with cross-border humanitarian missions have big resources – many of them have fewer resources than non-faith-based charitable organizations operating in Turkey. Therefore, what really is missing is internationalist virtue. This gives us the answer for the first question. We still need to answer the second question raised above concerning why mostly Islamic oriented humanitarian organizations have international missions.

Restoring the bonds between Muslim countries broken by the Kemalist regime has long been a goal of political Islamists in Turkey, and most of the time it has been articulated in relation to Turkey’s perceived responsibility toward Muslim communities outside of its borders, called the ummah – global Muslim communities. The initial move of this kind was by the Welfare Party, but it was confined to and led by state level engagement. Civil society had a minor and unnecessary role in providing aid. Justice and Development Party (AK Party) governments, however, have enabled this duty to be fulfilled through joint actions by the state and civil society, thanks to the opportunity spaces created for civil engagement by the government by which civil society’s cross-border humanitarian involvements have soared. Furthermore, dealing with Muslim communities abroad has commenced with a different governing idea in mind. The idea of ummah has, in this sense, been replaced by an Islamic internationalism that suggests having cross-border humanitarian engagement as a holder of Islamic religious identity, yet without having a focus exclusively on Muslims. In this scope, the virtue of providing aid has shifted from to-the-cause-of-ummah to for-and-beyond-the-ummah. Therefore, civil society organizations, as holders of religious identity, have extended the scope and extent of their humanitarian assistance in the scope of Islamic internationalism; hence, today they deliver humanitarian aid to dozens of countries worldwide. The ummah focus of the 1990s that confined humanitarian assistance to Muslim communities has been replaced by Islamic internationalism in the scope of which both deprived Muslim and non-Muslim communities in zones of conflict, war, and absolute poverty are extended a helping hand. Nevertheless, although Islamic identity civil society organizations deliver humanitarian assistance to various communities with diverse backgrounds and needs, the donations they generate continue to be made mostly with a religious motive, which needs to be diversified.