As I write, global stock markets kicked off 2016 by plunging, so much so in the case of China that stock market exchange was closed to stop selling.  The fall was prompted by all-round disappointing surveys of business activity in China, India, the US and parts of Europe.

Indeed, by the end of 2015, most stock markets had their worst yearly results since the Great Recession in 2009  Clearly, rich investors and financial institutions are getting worried that the global economy, far from picking up pace, is slowing even further.

It has now been eight years of what I have called a Long Depression since the Great Recession started in January 2008. (See my paper presented to ASSA 2016 this week: Recessions,depressions and recoveries 071215).

Each year, mainstream economists and international institutions like the IMF and OECD forecast a pick-up in real GDP growth, employment and real incomes, and each time they have been proved wrong.  This has been weakest post-war recovery of all.

But even on a per capita basis, US real GDP has grown only 9% vs. 18.8% for the average recovery. That is the lowest of any post-1960 recovery. Official unemployment of just over 5% today is low.  But that’s because 94 million people in America over the age of 16 aren’t in the labour force.  If job growth had been the same as in the average recovery, we would have 5.9 million more Americans working.

Mainstream economists, as they had done every year since 2009, whether from the IMF and or the OECD or Wall Street bank economists, forecast faster growth in 2015 over 2014.  It did not happen – on the contrary.  Global economic growth was at its lowest since the end of the Great Recession as China slowed to less than 7% real GDP growth and the commodity resource economies of Brazil, Russia and even Canada went into recession, while Japan hobbled along at an even worse state than in 2014, while Europe’s modest recovery was very modest indeed.  Only the UK and the US of the top seven major advanced economies achieved growth rates above 2% but in both cases showed signs of slipping back towards to the end of last year.  Global trade was weak and industrial production slowed to lowest rate since 2009.

But hope dies hard.  On announcing a hike in its policy interest rate for the first time in nearly ten years, Janet Yellen, the head of the US Federal Reserve Bank, reckoned that the US economy was “on the path of sustainable improvement.”

Others are not so sure. In its end-year survey, the investment bank Goldman Sachs, with all those richly paid economists, admitted that they had got it wrong about the US economy: “this year’s growth disappointment is the thirteenth so far in the sixteen years since 2000. The cumulative impact of these forecast misses has been a 3.3pp downside miss on the level of real GDP since 2011 and a 14.9pp downside miss since 2000.”  Now Goldman’s have become more pessimistic about 2016.  “Both our own long-run potential growth estimate and the FOMC’s (the US Fed) are below consensus at 1.75% and 2%, respectively, and we suspect consensus estimates could fall further if growth continues to disappoint.”

According to Gavyn Davies, former Goldman Sachs chief economist and now blogger at the FT, the level of global output in 2016 will remain below trend in both the developed and emerging worlds.

Of course, it ain’t easy to forecast what will happen, whether in life, weather or economies, but that does not mean we should not try.  Checking whether predictions come right is one gauge of the validity of a theory or law, as physics has always done.  The better the theory, the better it fits the facts and the better the prediction of what will happen. It’s just that mainstream theories of how the capitalist economy works are so faulty that their forecasts are nearly always wrong.

So how has the Marxist explanation held up on forecasts?  Well, this time last year, I said that “the global economy remains in a crawl and will do so in 2015”. Why did I say that?  I won’t go over the argumentsbecause last year’s post contains them all and little has changed.

As for 2016, I expect much the same as 2015, but with a much higher risk of new global recession appearing.  After all, economic recession or slumps seem to come around in the major economies every 8-10 years and the last one began in 2008.  We have been in this Long Depression because there has been no surge in business investment to drive incomes, employment and output up.  And that’s because profitability of capital globally remains below the levels of the late 1990s and has now peaked since the Great Recession and is falling back.

As a result, capex (business investment) remains stagnant with the likelihood of a fall back this year.

The risk of a new recession is rising.  First, emerging economies, with several large ones already in recession, face higher debt costs as the US Federal Reserve implements its programme to raise interest rates.

JPMorgan economists that emerging economies will be deleveraging excessive debt and that could reduce GDP growth in the emerging world by 2 to 3 percentage points over the next three years, or even more if there are severe crises of financial confidence. This would be enough to slow global GDP growth by 1 to 1.5 percentage points. At the lowest end of that range, a global recession would become likely.

As a result, JP Morgan’s economists reckon that the risk of a US recession over a two- to three-year horizon has “increased materially”. Indeed, they think there is a three-in-four chance that there will be a recession in the next three years, although they rule it out for this year.  But even without a new slump, global growth will be no more than 2.6%.

The US Federal Reserve Bank (Atlanta) reckons that the probability of a new recession is not far short of where it was in late 2007, just before the Great Recession arrived.

Even if a new global slump is avoided this year, that could be the last year that it is. 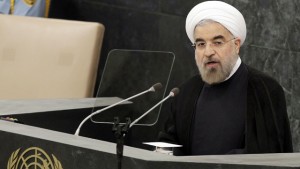