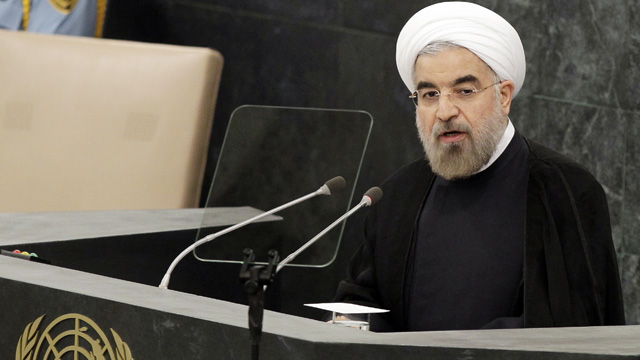 As 2015 drew to a close, you could have been forgiven for cautious optimism as far as Saudi-Iranian relations were concerned. With the years-in-the-making nuclear deal finally sealed, Iran had finally been brought in from the cold in talks over the Syrian conflict. A fragile ceasefire had been agreed between the warring factions in Yemen. Iran and Saudi Arabia had also begun planning direct talks on the issues that had been dividing the two regional powerhouses.

The execution of the Saudi Shiite cleric Nimr al-Nimr on January 2, however, has brought the mutual mistrust that plagues relations between these two states fully into the open. This crisis will clearly have a major impact on the various regional conflicts that Iran and Saudi Arabia are embroiled in – but with the sanctions imposed before the nuclear deal possibly about to be lifted, it also speaks volumes about Iran’s rapidly improving diplomatic position.

The lifting of sanctions against the Islamic Republic will no doubt strengthen Iran’s position both regionally and globally. Iran has already started to reap the diplomatic benefits of constructive engagement, as shown by its participation in the dialogue over Syria before any sanctions were removed. While that upward trajectory could have been stymied by the latest clash, and Bahrain, Kuwait, Sudan and the UAE have already cut their ties with Tehran, the key global powers have simply invested too much in the nuclear deal to see it thwarted by regional rivalry.

That much has been made clear by the West’s measured response to this crisis, with the US urging diplomatic engagement and accusing Saudi Arabia of exacerbating tensions at a time when they need to be reduced. In previous years, the attacks by protesters on the Saudi embassy in Tehran would have been met with a far stronger response against Iran and in favour of Saudi Arabia, particularly from the US.

Saudi Arabia’s position has dramatically changed, too, and this crisis comes as the House of Saud is under increasing international scrutiny.

Saudi-American relations aren’t what they were.
Reuters/Carlo Allegri

Despite its rather perverse assumption of the rotating leadership of the UN Human Rights Council, Saudi Arabia more and more finds itself in the headlines for all the wrong reasons – the beheading and crucifixion sentence handed out to al-Nimr’s nephew Ali Mohammed al-Nimr in 2015, the withdrawal of a £5.9m prisons contract between the UK Government and the Saudi regime, the rising civilian death toll in its campaign against the Houthis in Yemen.

And even as the US continues to sell the Saudis arms and lend them some rhetorical support for their actions in the Middle East, its backing is on the wane, and questioned with increasing regularity in the US media.

Saudi Arabia’s regional adventurism and half-baked attempt to corral Sunni Muslim states into a so-called “Islamic Military Alliance” are symptomatic of a near-paranoia about the prospect of a rising Iran tacitly acquiesced to by the West. It is so wedded to this mindset that violent groups such as Islamic State, nominally its enemies, are essentially left to their own devices if that suits the prevailing sectarian narrative emanating from Riyadh and Saudi-sponsored seminaries worldwide.

So this latest response from Saudi Arabia shows how it’s fearful of the new environment it found itself in following the Iranian nuclear deal. While the execution of al-Nimr could be seen a flagrant provocation, the Saudi government can counter that this is an internal affair and not the rest of the world’s concern.

This was arguably a calculated move. It’s unclear whether Riyadh expected such a response from the Iranian protesters at its embassy gates in Tehran and factored this into their calculations, but the Saudis knew well enough that their neighbouring state and its citizens were likely to respond angrily.

They can count on the blind solidarity of the other countries, who’ve followed their lead in staging their own diplomatic protests against the Saudi embassy breach, but the US, the EU, Russia and China? You don’t need to be an expert in international affairs to see where the power lies in this equation, and those four heavyweights are hardly rushing to take Saudi Arabia’s side as they once might have. Already the post-nuclear deal order is proving painful for the Saudis indeed. 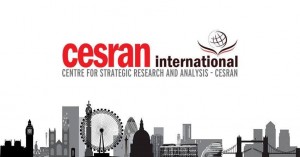