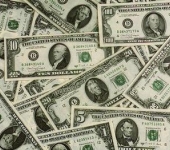 In a graphic illustration of the new world order, Arab states have launched secret moves with China, Russia and France to stop using the US currency for oil trading

In the most profound financial change in recent Middle East history, Gulf Arabs are planning – along with China, Russia, Japan and France – to end dollar dealings for oil, moving instead to a basket of currencies including the Japanese yen and Chinese yuan, the euro, gold and a new, unified currency planned for nations in the Gulf Co-operation Council, including Saudi Arabia, Abu Dhabi, Kuwait and Qatar.

Secret meetings have already been held by finance ministers and central bank governors in Russia, China, Japan and Brazil to work on the scheme, which will mean that oil will no longer be priced in dollars.

Previous post Summer Note: A Sense of Unreality
Next post Beyond the 2001 financial crisis: The political economy of the new phase of neo-liberal restructuring in Turkey