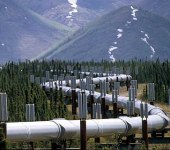 The Nabucco pipeline project took a major step forward when five transit countries recently signed an agreement after years of hesitation. But at least one wild card remains in the path of the project’s realization — Azerbaijan. Although Baku has voiced strong support for Nabucco, experts caution that the country’s recent gas deal with Gazprom could complicate Baku’s ability to serve as a major supplier for the long-planned pipeline.

Within Azerbaijan, reactions to the Nabucco agreement, signed July 13, have been outwardly warm. President Ilham Aliyev expressed hope for a gas transit deal with Turkey “in the near future,” the Turan news agency reported. On hand for the signing ceremony, Minister of Industry and Energy Natig Aliyev (no relation to President Aliyev) stressed that Baku remains interested in all profitable export routes, including Nabucco.

No one disputes the importance of Azerbaijan in making Nabucco a reality. With Iranian gas not an option, “if you [are] going to do anything about Nabucco and start the project you have to be able to rely on Azeri gas,” Turkish international relations expert Soli Ozel told Voice of America on July 13.

In late June, however, Azerbaijan inked a deal with Russia’s Gazprom for gas from Stage 2 of the Shah Deniz field — the same field that Nabucco hopes to tap for its pipeline. The agreement stipulates that other purchasers must outbid Gazprom. This provision could give Russia another tool to stall — or even to quash — the Nabucco project, which is intended to decrease Europe’s reliance on Russia’s gas.

Some analysts posit the Gazprom agreement could result in inflated — and therefore unprofitable — prices for Shah Deniz supplies. “This [Gazprom] agreement with Azerbaijan is not the end of the Nabucco project. But what will be the price?” Konstantin Simonov, general director of the Russian National Energy Security Fund told New Europe Magazine. “[President] Aliyev will try to blackmail Russia with Europe and Europe with Russia. It’s a very simple scenario.”

According to some local media reports, Gazprom was willing to pay a hefty price for Shah Deniz gas, as much as $350 per thousand cubic meters. Such a high purchase price would seem to be rooted in political considerations, rather than in sound business sense.

Some analysts speculated that the Gazprom deal signaled Azerbaijan’s reorientation towards Russia. But Baku’s ongoing interest in Nabucco casts doubt on the theory that Azerbaijan is moving back into Moscow’s orbit. “This is Azerbaijan being pragmatic, rather than shifting its allegiances,” said John Daly, a fellow with John Hopkins University’s Central Asia-Caucasus Institute in Washington, DC. “I think that Azerbaijan has increasingly adopted an attitude towards Western investors of ’show me the money,’ rather than making a full geopolitical realignment.”

Other experts have pointed out that Baku can use its Shah Deniz gas as leverage, particularly in its dealings with Moscow concerning the Nagorno-Karabakh peace process.

Still, Baku’s deal with Gazprom has created uncertainty about the availability of Shah Deniz gas for Nabucco. That, in fact, was part of Gazprom’s strategy, argued the Russian National Energy Security Fund’s Simonov. “Russia wants to react [to Nabucco] and that is why we go to Azerbaijan and ask Azerbaijan to sell this gas from Shah Deniz to us,” he stated.

Azerbaijan must also take into account Russia’s increasing assertiveness in the region, underscored by last year’s incursion of Russian troops into Georgia. The war disrupted Baku’s oil exports and resulted in an estimated loss of over $1 billion in revenue. “The war . . . indicated Moscow’s interest in retaining influence in the southern Caucasus,” Daly added. Now, Baku will want “hard and fast information (and investment) from the West, before needlessly alienating Russia.”

One way of accomplishing that goal is to frame the 7.9-billion-euro (about $11.1 billion) Nabucco project in commercial, not political, terms. This week, Azerbaijani leaders and commentators attempted to do just that. “I believe Nabucco is a project that meets both the commercial and geo-strategic interest of Azerbaijan,” Fikrat Sadigov, a Baku-based political scientist told Day.az. “The fact that the project bypasses Russia does not mean that it is aimed against Russia.”

President Aliyev and Energy Minister Aliyev have taken care of late to emphasize that future pipeline deals will be based on commercial factors. Few, however, believe that Nabucco can be separated from the political goal of reducing Europe’s reliance on Russian gas. (The name of the project itself comes from an Italian opera about liberation from bondage). Those hardest hit by last winter’s Russian-Ukrainian dispute and the cut-off of Russian gas to Europe have been candid about Nabucco’s aims. The outgoing Bulgarian prime minister Sergei Stanishev, for example, called the July 13 Nabucco agreement “a strong message both politically and economically” for “the Bulgarian government and the Bulgarian citizens” caught in this year’s gas crisis, the Voice of America reported

But for all the high hopes expressed at the July 13 signing ceremony, without a firm and clear commitment from Azerbaijan for gas supplies, Nabucco will be no closer to becoming a reality, analysts believe.

Editor’s Note: Jessica Powley Hayden is a freelance writer based in Baku.