The 7th June Parliamentary Elections in Turkey are now over, but the political excitement continues in the country, as none of the four political parties – AKP, CHP, MHP and HDP that have managed to enter the Parliament has achieved the overall majority to form a single-party government. The possible scenarios of who will form the coalition government with whom and with what conditions are the main speculation topics at the moment, but it is also important to note what these elections have meant so much for the Turkish democracy both for present and future.

First of all, the voters have sent a clear message to the governing AK Party on the possibility of creating an Executive Presidency for which President Recep Tayyip Erdogan campaigned exhaustively, and there does not seem to be a much public appetite for such a major change in the country’s parliamentary governance. The way that President Erdogan has been acting in a more conciliatory way since the elections indicates that he might have noted this message too. However, it would be naïve to think that he will be giving up on this ambition, as he has already invested so much of his own political credibility in it and therefore, the country might go back to the same debate, especially if the current arithmetic of the Parliament fails to produce a viable government, resulting in an early election.

Secondly, with the HDP’s stunning election success by securing over the 13% of votes, the Turkish democracy has consolidated itself further. Having gone for an inclusive election manifesto to reach out a wide range of excluded, marginalized and discriminated groups beyond its natural Kurdish constituency; HDP has taken an important step forward to become the party of Turkey. Keeping that outlook and being able to stick to its election manifesto could easily mean further expansion of its voting basis in the future elections. However, even more importantly, the HDP’s presence in the Parliament is particularly significant for the halted peace process in the country. Depending on the coalition outcomes over the next few weeks, there will be a better sense of direction with it, but HDP being in the Parliament rather than outside is clearly a much desirable outcome and condition for peace and security in the country. However, considering that HDP is against a coalition with AKP; and either with AKP or any coalition formulae that would involve CHP and HDP, the nationalist MHP is likely to be against the peace process, it is not hopeful that there will be much progress on that front in the near future.

Thirdly, the critical involvement of civil society in the election process with a number of initiatives such as OyveOtesi (Vote and Beyond), which ensured the mobilization of people for preventing any attempts of the electoral fraud, was a great example of how civil society could take an active role in elections for other countries with democracy deficits. The results in the previous elections were marred by various claims based on the way that the registration of votes in polling stations and beyond was open to manipulation. Therefore, the participation of volunteers in the monitoring of the election process underlined a high level of responsibility and sense of citizenship, which are all good signs of a strengthening democracy in the country. It was also good to see that the pre-selection by constituency rather than party leader has started to have a greater currency in the country. This would only bring candidates and their constituencies closer together, increasing the internal democratic credentials of the political parties.

Finally, the new Parliament is hoped to become a new hope for the country’s governance and human rights deficiencies, if it could focus on concerns around an endless number of corruption claims against those at all levels of government and bureaucracy; suffocating legislations over freedoms from the use of social media to the exercise of labour and free press rights; political nepotism in deciding key bureaucratic appointments and an increasingly politicized judiciary and mistrust towards the rule of law. More importantly, the new Parliament needs to tackle the most important challenge that Turkey is facing today and that is the way its society has become deeply divided over many socio-cultural, political and economic fault lines. Turkey needs a national reconciliation process through which its citizens could live peacefully despite of their wide and rich diversities clearance. 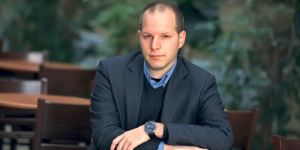