Ahmed Rashid is an award-winning journalist and one of the world’s foremost experts on Afghanistan, Pakistan and the Taliban. Christopher Hitchens described him as “Pakistan’s best and bravest reporter”. He has written four books “The Resurgence of Central Asia: Islam or Nationalism? (1994)”; “Taliban: Militant Islam, Oil and Fundamentalism in Central Asia (2000)”; “Jihad: The Rise of Militant Islam in Central Asia (2002)”; “Descent Into Chaos (2008)”. He writes articles for The Washington Post, The Daily Telegraph, BBC Online and The Nation; and appears regularly on international TV and radio networks such as CNN and BBC World. In 2001 he was awarded the Nisar Osmani award for courage in journalism. Recently, Foreign Policy Magazine revealed its annual list of 100 Top Global Thinkers and Ahmed Rashid is listed as No.51.

Aksel Ersoy: What motivated you to go back to Pakistan after you graduated from Cambridge University?

Ahmed Rashid: Well, it is my country and I wanted to do something there. I wanted to work on number of social and political issues which I started during my education. I wanted to write books about Pakistan, I wanted to write my thesis. I had many plans. That’s in fact, what brought me to Pakistan. My interest in the tribes, the nomadic way of life and what this means in modern day development theory and how this could be used or benefitted from.

Aksel Ersoy: As an expert of your region and have written four books, what do you work on these days and what is your next project?

Ahmed Rashid: I don’t have any projects at the moment. I write long pieces, analytical pieces about the situation in Afghanistan and Pakistan. I enjoy doing the long pieces, rather than short news pieces. I am very much on my own now. I don’t belong to any newspapers. Perhaps I try my hand in fiction at some point.

* Published in the First Issue of Political Reflection Magazine (PR). 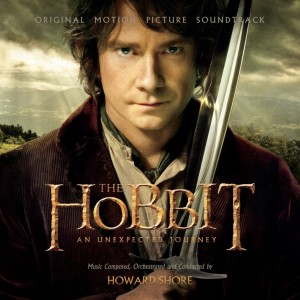 Previous post The Hobbit: An Unexpected Journey
Next post Interview with HE Dr. Muhamet Hamiti: Ambassador of the Republic of Kosovo to the UK