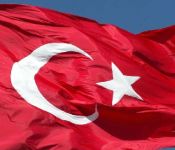 In early October, Turkey disinvited Israel from Anatolian Eagle, an annual Turkish air force exercise that it had held with Israel, NATO, and the United States since the mid-1990s. It marked the first time Turkey’s governing Justice and Development Party (AKP) let its increasingly anti-Western rhetoric spill into its foreign policy strategy, and the move may suggest that Turkey’s continued cooperation with the West is far from guaranteed.

Recep Tayyip Erdogan, Turkey’s prime minister and the leader of the AKP, justified the decision by calling Israel a “persecutor.” But only a day after it dismissed Israel, Turkey invited Syria — a known abuser of human rights — to joint military exercises and announced the creation of a Strategic Cooperation Council with the Syrian regime. A mountain is moving in Turkish foreign policy, and the foundation of Turkey’s 60-year-old military and political cooperation with the West may be eroding.

Starting in 1946, when Turkey chose to ally itself with the West in the Cold War — later sending troops to Korea and joining NATO — successive Turkish governments have pursued close cooperation with the United States and Europe. Turkey viewed the Middle East and global politics through the lens of their own national security interests. This made cooperation possible, even with Israel, a state Turkey viewed as a democratic ally in a volatile region. The two countries shared similar security concerns, such as Syria’s support for terror groups abroad — radical Palestinian organizations in the case of Israel, and the Kurdistan Workers’ Party (PKK) in Turkey. In 1998, when Ankara confronted Damascus over its support for the PKK, Turkish newspapers wrote headlines championing the Turkish-Israeli alliance: “We will say ‘shalom’ to the Israelis on the Golan Heights,” one read.

The AKP, however, viewed Turkey’s interests through a different lens — one colored by a politicized take on religion, namely Islamism. Senior AKP officials called the 2004 U.S. offensive in Fallujah, Iraq, a “genocide,” and in February 2009, Erdogan compared Gaza to a “concentration camp.”

But the AKP’s foreign policy has not promoted sympathy toward all Muslim states. Rather, the party has promoted solidarity with Islamist, anti-Western regimes (Qatar and Sudan, for example) while dismissing secular, pro-Western Muslim governments (Egypt, Jordan, and Tunisia). This two-pronged strategy is especially apparent in the Palestinian territories: at the same time that the AKP government has called on Western countries to “recognize Hamas as the legitimate government of the Palestinian people,” AKP officials have labeled Palestinian Authority President Mahmoud Abbas the “head of an illegitimate government.” According to diplomats, Abbas’ last visit to Ankara in July 2009 went terribly — now, these diplomatic sources say, Abbas does not trust the AKP any more than he trusts Hamas.

As the cancelled military exercises with Israel show, the AKP’s moralistic foreign policy is not without inherent hypocrisies. An earlier example came last January, when, a day after Erdogan harangued Israeli President Shimon Peres, as well as Jews and Israelis, at the World Economic Forum for knowing “well how to kill people,” Turkey hosted the Sudanese Vice President Ali Osman Taha in Ankara. This is a dangerous position because it suggests — especially to the generation coming of age under the AKP — that Islamist regimes alone have the right to attack their own people or even other states. In September, Erdogan defended Iran’s nuclear program, arguing that the problem in the Middle East is Israel’s nuclear arsenal.

Some analysts have dismissed such rhetoric as domestic politicking or simply an instance of Erdogan losing his temper. But Erdogan is an astute politician, and he is now reacting to changes in Turkish society. After seven years of the AKP’s Islamist rhetoric, public opinion has shifted to embrace the idea of a politically united “Muslim world.” According to independent polling in Turkey, the number of people identifying themselves as Muslim increased by ten percent between 2002 and 2007; in addition, almost half of those surveyed describe themselves as Islamist.

The AKP’s foreign policy now has a welcome audience at home, making it more likely to become entrenched. After Erdogan stormed out of his session at the World Economic Forum, thousands gathered to greet his plane as it arrived back home in what appeared to be an orchestrated welcome. (Banners with Turkish and Hamas flags stitched together appeared from nowhere in a matter of hours.)

The transformation of Turkish identity under the AKP has potentially massive ramifications. Guided by an Islamist worldview, it will become more and more impossible for Turkey to support Western foreign policy, even when doing so is in its national interest. Turkish-Israeli ties — long a model for how a Muslim country can pursue a rational, cooperative relationship with the Jewish state — will continue to unravel. Such a development will be greeted only with approval by the Turkish public, further bolstering the AKP’s popularity. Thus, the party will be able to kill two birds with one stone: distancing the country from its former ally and shoring up its own power base.

The same dynamic will also apply to Turkey’s relations with the European Union and the United States. The AKP has a tactical view of Turkey’s possible accession to the EU: it pushes for membership when it brings the party public approval, but it does not take a strategic view of closer ties with Europe. Thus, the AKP is reluctant to take on tough, potentially unpopular reforms mandated by the EU, making accession seem less and less a likely reality. Statements such as Erdogan’s calling the West “immoral” in 2008 only erode popular support for EU membership: by last year, about one-third of the population wanted their country to join the EU, down sharply from more than 80 percent in 2002, when the AKP took power.

Meanwhile, as the United States devotes much of its energy abroad to Muslim countries, from opposing radicalism to countering Iran’s nuclear program, the AKP will oppose these policies through harsh rhetoric and opt out of any close cooperation.

Many suggested that the AKP’s rise to power presented Turkey with an opportunity to “go back to the Middle East” and adopt more of an Islamic identity. The hope was that such a shift would help “normalize” Turkey, recalibrating the secularizing and nationalist reforms of Kemal AtatÃ¼rk, who turned Turkey to the West in the early twentieth century. The outcome, however, has not been so positive. Turkey’s experience with the AKP proves that Islamism in the country’s foreign policy may not be so compatible with the West, after all.

Soner Cagaptay is a senior fellow and director of the Turkish Research Program at the Washington Institute for Near East Policy. He is the author of Islam, Secularism and Nationalism in Modern Turkey: Who Is a Turk?