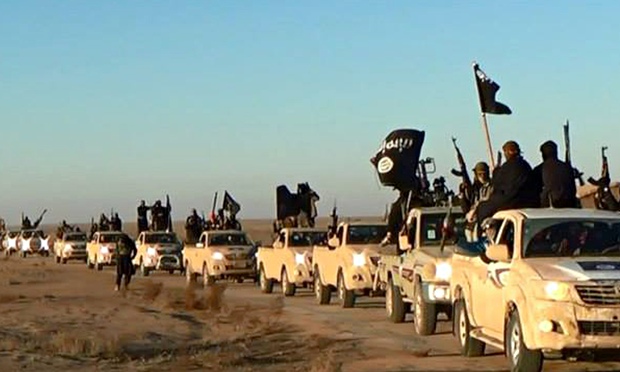 The Baqiya wa Tatamaddad (remaining and expanding) strategic motivations of the Islamic State have created a commotion that needs to be examined objectively, particularly reports related to the terror organization’s recruitment and expansion in South Asia. The open source intercepts of the militants broadly located on the vast, virtually lawless, expanse of Afghanistan suggests that the neo-Jihadists are now in favour of emulating unbridled tactics similar to that of the Islamic State in order to achieve their objectives at the time when the coalition forces have formally ended their combat operations.

Through Baghdadi’s call to ‘total war’, the Islamists gained 35,000 square miles, “an area roughly the size of Jordan”, within two years. It was an extraordinary military success made possible by a highly disciplined, albeit unrestrained use of force, which supporters of the Taliban were generally unaware of until recently. The brutality of this method, which threatens the very fabric of the Taliban insurgency, may have serious consequences on the security of ordinary people in the region as well as the prospect of an intra-Afghan negotiated settlement between different stakeholders. The ‘Threat Matrix’ has to be updated with two immediate possibilities in the South Asian Theater – the drawing of daggers between Taliban and ISIS, and the commencement of sectarian hostility between Deobandis and Salafis.

The majority of the blame can be rightfully appropriated to Washington. The failure to distinguish between enemies on the basis of their ideological narrative was a primary flaw that led to the deconstruction of Operation Enduring Freedom edifice 14 years later.

Unlike the pan-Islamic Jihad model of al-Qaeda, the struggle of Taliban, although also an extremist organisation, was Afghan oriented. In Alex Van Linschoten and Felix Kuehn’s study of Jalaluddin Haqqani, the most powerful commander of Taliban and a member of Quetta Shura, Haqqani was noted as declaring the obligation of Jihad to be, “when the land and property of a Muslim comes under aggression, the entire inhabitants of that country are obliged to resort to arms against the aggressors.” This is a relatively simplistic interpretation of Jihad vis-à-vis the anarchic concept of fighting for the revival of a pan-Islamic caliphate promoted by al-Qaeda and more recently, the Islamic State (of Iraq and Syria).

While the Arabs viewed Afghanistan as a breeding ground for the political and armed mobilisation of the Muslim youth to be utilized against their own governments that they viewed as apostates and infidels; on the other hand Mullah Omar was outraged at al- Qaeda for the two simultaneous bombings of US embassies in Tanzania and Kenya. As reminisced by bin Laden’s son, Omar, in his autobiography, the delegation of the Taliban was invited to a large feast hosted by Osama. Mullah Mohammad Omar sat far away from his father, and when he addressed Osama he stated, “It is best if you and your men leave Afghanistan.” This is one of the many circumstantial indicators that display the Taliban’s dislike of the Jihadist rationale of Arab militants.

ISIS jihadist blitzkrieg has stalled in Syria and Iraq, which doesn’t bode well for the carefully crafted image of its invincibility. To retain its mythical allure, the Caliphate is now expanding in a decentralized manner. Its outreach has expanded to Algeria (Wilayat al-Jazair), Libya (Wilayat al-Barqah, Wilayat al-Tarabulus and Wilayat al-Fizan), Sinai (Wilayat Sinai), Saudi Arabia (Wilayat al-Haramayn) and Yemen (Wilayat al-Yemen). It will be an incredible achievement for Abu Bakar al-Baghdadi if the Islamic State establishes itself in Afghanistan, a land described as Khursan (the old name for Afghan, Pakistani, Irani and Central Asian territories). To that effect, until now, the attempts at infiltration have resulted in success. Saeed Khan, former TTP commander assigned to oversee Orakzai agency, pledged loyalty to the Islamic State (and has been permitted to lead Wilayat Khurasan) after being displaced by the security operations of the Pakistan military.

The seriousness of annexing territory in Afghanistan and Pakistan can be observed by the fact that Abdul Rahim Muslim Dost, an ex-Gitmo detainee appointed as the chief of the Khurasan division of IS last year, was removed by the central decision-making body after he failed to muster the support of local fighters for Baghdadi’s cause.

If seen from the perspective of the Caliphal narrative espoused by the Islamic State, Baghdadi seems adamant on destroying the chance of a fight against the Taliban. As the foreign forces continue to withdraw, the Taliban are conducting major operations to retake as much land as possible. It is an opportune moment for Baghdadi men in Khurasan to fill the power vacuum. By crowning himself as Ameer-ul-Momineen, Leader of the Faithful, Abu Bakar al-Baghdadi has desanctified Mullah Omar, who holds no value for the Islamic State followers.

Thus, the clash between Taliban and Islamic State is inevitable.

The thousands of Taliban loyalists dwarf ISIS prospects for now, yet the continuing attrition of Talibs will make the Islamic State establishment in Afghanistan possible, at least in the eastern peripheries of Kabul Valley, the powerhouse of the Afghan economy.

Islamic State claim to follow a creed that is based on the literalist practices of their pious predecessors (Arabic: Salaf al-Salih) having a dominant followership in Middle East. Generally, in the Salafist majority provinces of Afghanistan – Kunar, Nuristan and Badaskhan – religion suffered a great deal under the rule of the pre-9/11 Taliban, which appeared as a fault line after the start of Operation Enduring Freedom.

An estimated 80% of Afghanistan’s population is Sunni, following the Hanafi School of jurisprudence. The Taliban ascribes to a combination of Hanafi Sharia Laws and Pashtun tribal codes, a combination from which the puritanical ISIS Jihadist digress. If we reflect upon the historical precedents of the Salafis and Taliban troubled interactions, the growing friction between the supporters of Islamic State and Taliban is unsurprising and irrefutable.

The Taliban rapprochement tactics, by engaging with the United Nations, were met with swift condemnation from the ultra-Salafists in 2000. More than a decade later, the opening of the Qatar office for diplomatic talks with the Western officials was also rebuked for ‘betraying the blood of martyrs’. Strict adherence to political Islam, which the Islamic State claims to follow completely, denounces such engagements as contrary to the teachings of Islam.

By winning over Afghan Salafists, like al-Qaeda did earlier, the Islamic State may entrench itself in Afghanistan, a region where the law and order situation is already deteriorating rapidly. It should be mentioned, once again, that the geographical landscape of South Asia is a favoured refuge of Islamist militants. If the Islamic State manages to firmly root itself, the vines of zealotry will wind their way around regular citizens, and the regional militancy contours will become further convoluted. The spillover effect will destabilize South Asia.

The recourse for political elites is to push the Taliban for a negotiated settlement and take decisive military action against Islamic State top commanders in Afghanistan. The nascent wilayat of Abu Bakar al-Baghdadi in Khurasan can be contained at this timely juncture if the top tier is targeted. The military operation against Abdul Malik Gouri, nom de guerre Khalid Abu Sulayman, the leader of Jund al-Khilafah IS Algerian body, is a case study that can be followed by security officials.

* Talha Ibrahim heads the Research Division of a Pakistan based policy institute. He has deeply studied the militancy networks in Asia and Middle East. Talha can be contacted via his email address ahlatibr[at]gmail[dot]com 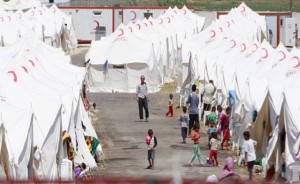 Next post Leadership and Economic Integration: the case of the Cameroon-Gabon couple