Since the end of May 2016, Syrian Democratic Forces have started offensive to liberate the city of Manbij from the “Islamic State” militants and unite all the territories of the De-Facto autonomnous region of Rojava under the single YPG and PYD authority. To escape the wrath of Turkey, which doesn’t want to see the united Kurdish territorial entity near its border YPG and PYD have adopted special cover strategy to distance themselves from the SDF units under their influence, fighting to liberate the city. They have created Manbij military council, which consists of the majority of non-kurdish combatants and includes local resistance fighters. YPG itself is not present and has resorted only to provide logistical support. This strategy allows YPG and PYD to argue more effectively, that they are not interested to use the demise of the Syrian state to pursue their autonomy, but rather restore the control for the ethnic groups inhabiting Manbij before the war. In the face of this approach, Turkey finds it difficult to say something against the desire for different Manbij ethnic groups to regain their home, so has resorted to playing along and given green light to the offensive. The strategy also gives the U.S. more diplomatic maneuverability to give necessary support for the Kurds in the fight against the “Islamic State”. However, the future of Syrian Rojava is unclear and will be determined by the strength of Turkish proxies in the Syrian Civil War.

Since the end of May 2016, the world is once again closely following the events in Syria, where the Kurdish Peoples Protection Units (YPG) dominated Syrian Democratic Forces (SDF) have started massive offensive in the northern part of the country to liberate the city of Manbij and its surrounding territories from the “Islamic State” militants. [1] This area is of significant strategic importance, as it allows terrorists to access the border with Turkey, which is used to smuggle fresh recruits and supplies from Europe, as well as export terrorism to the West. [2] However, the elmination of the “Islamic State” is not the main strategic objective of the Syrian Kurds, cherishing to fulfill their well known goal of uniting all the territories of Rojava [3] under a single Kurdish dominated authority. Manbij being the major city closest to the Euphrates river, which borders the canton of Kobane is vital to be secured if YPG together with SDF allies wishes to advance on Qabasin and Al-Bab and eventually reach the border of the Afrin canton.

However, the military offensive has once again put into spotlight accusations that the Kurds are taking advantage of the collapse of the Syrian state to pursue their ambitions of independence. This has been the most apparent in the case of Turkey, which sees the empowerment of the Syrian Kurds as a threat to national security and whose president has stressed that his country will not allow the Syrian Kurdish YPG fighters to cross the Euphrates River. [4] Such a stance is once again giving significant hindrance to the main Kurdish external patron – The United States, which is interested in simultaneously having cordial relations with Ankara, as well as providing military assistance to the YPG and its affiliated fighters on the ground. It is almost certain, that the unification of Rojava will provoke diplomatic backlash of Turkey, which might use the friendship card to pressure Washington to decrease the current level of cooperation with the Syrian Kurds.

To escape this scenario, YPG together with its political wing of Democratic Union Party (PYD) has adopted the strategy of deceit and confusion, which allows it to relatively distance itself from the affiliation with the SDF forces involved in the offensive. YPG and PYD have supported the creation of the so called Manbij military council – central command structure, overseeing the liberation of the city and the surrounding territories. In addition to seven SDF fighter groups, the council is joined by the local resistance forces, which have battled the “Islamic State” during the terrorist occupation.[5]  It consists of Kurdish, Turkmen and Circassian fighters, however the majority of combatants are Arabs.[6] YPG itself is not present and has resorted only to provide logistical support for the attack. [7] This fact together with the involvement of local fighter groups and the majority of non-Kurdish combatants in the ranks of the council allows YPG and PYD to mask their true interests in the offensive. The groups are more effectively able to argue, that they are not seeking to use the demise of the “Islamic State” for their own benefit, but rather merely restore the pre-war Status-Quo control of different ethnic groups, inhabiting Manbij and its surrounding areas. The strategy used also allows YPG and PYD to retain significant influence in the liberated territories, because the largest of the fighter groups present in the council – Army of the Revolutionaries is a close ally to the Peoples Protection Units and has a record of closely cooperating with it on a number of military endeavours. [8] Taking into the account, that there are significant amount of Kurdish villages in the surrounding territories of Manbij, which offers YPG and PYD natural terrain to operate and The Peoples Protection Units are a dominant force in the Syrian Democratic Forces, this influence can easily be transformed into De-Facto control in the future.

Such an approach reduces the diplomatic flexibility of Turkey on the international stage. It takes away significant amount of power from the argument that YPG and PYD are trying to exploit the weakness of the Syrian state to create their stronghold in the northern part of the country, which could be used to support internationally recognized terrorist organization Kurdistan Workers Party (PKK) in a fight against Turkish government. Ankara has used this argument to try to convince other actors involved in the Syrian civil war to stop their support for YPG and other SDF forces in their fight against the “Islamic State”. It is highly unlikely, that Turkey doesn’t know or at least doesn’t suspect the true purpose of the Manbij military council, however there is little it can say against the desire of the ethnic groups, which inhabited Manbij and the surrounding territories before the war to regain their home. Erdogan has calculated, that it will be difficult internationally to sell the idea that Kurds are pulling the strings of the council and for now has decided to play along, by giving green light to the offensive and in the end not protesting the crossing of the Euphrates River. The fact, that Turkey has stressed, that its ally – The United States guarantees that the operation is led by ethnic Arabs, not Kurds underlines this assumption.[9]

However, the U.S. is most likely not interested in holding to its guarantees, instead preferring to shovel the responsibility of the future of Manbij to the decisions of the same military council, which has considerable YPG and PYD influence. The U.S. can easily argue, that it doesn’t have the sway over all the groups involved in the offensive and it is the responsibility of the local population to determine their future leaders. Washington is satisfied with the fact that the cover Syrian Kurds have created has caused Turkey to back down from its hawkish stance. It can now easily focus on its main strategic priority in the Syrian conflict – the fight against the “Islamic State” and provide the necessary military support for the offensive with the reduced risk of diplomatic reprisal.

Obviously, YPG and PYD stands to gain the most from the consequences of this strategy. De Facto green light from Turkey to operate freely across the Euphrates River together with the freedom for the U.S. to provide the necessary military support puts Kurds in a good position to unite Rojava. However, there is still a question whether the military gains of The Peoples Protection Units can be transformed into tangible political results and cause the U.S. and Turkey, which have the biggest influence in the Syrian Kurdish issue to come to terms with the existence of the united Rojava. Taking into the account, that YPG and PYD most likely won’t be able to maintain the established cover once their control over the liberated areas will be consolidated, Turkey might find it easier to sell its arguments for the dangers of cooperation with these groups. This can cause Ankara to stop playing the game currently undertaken and make it return to the traditional hawkish policy. If such a situation comes to fruition, It will be virtually impossible for the Kurds and the U.S. (if they would be interested) to even start discussing the formal recognition of Rojava.

However, the significant defeats suffered by the Turkish-backed Syrian rebel groups around the city of Aziz has left Turkey with little alternatives for filling the power vacuum in the liberated territories after the defeat of the “Islamic State”.[10] If Erdogan has to choose between the presence of IS or PYD/YPG near his countries southern border, he might yet calculate that it is more rational to keep the current posture and be relatively more open to the dialogue with the Syrian Kurds. Because of this reason, the future of Rojava will be determined by the strength of Turkish proxies in the Syrian Civil war.

[8] Hasan Mustafa. “An Analysis of Jaish Al-Thuwar (the Army of Revolutionaries) – A Component of the Syrian Democratic Forces.” November 16, 2015. Hasan Mustafa. https://hasanmustafas.wordpress.com/2015/11/16/an-analysis-of-jaish-al-thuwar-the- 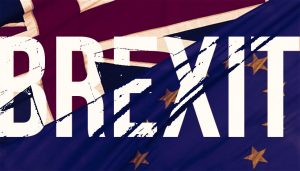 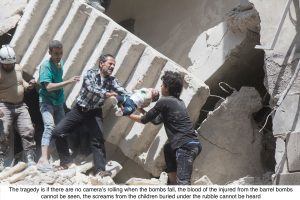 Next post Killing the Truth: The War on Reporters