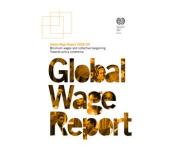 Real wages appear to be stagnating worldwide for the second consecutive year, underlining the fragility of any potential recovery from the global economic crisis, the United Nations International Labour Organization (ILO) reported today.

This year, according to the ILO, “the picture on wages is likely to get worse,” with figures from the first quarter of 2009 indicating that real wages in nearly 20 countries are now falling outright, often because of cuts to the number of hours worked.

Manuela Tomei, the director of ILO’s Conditions of Work and Employment programme and the lead author of the study, said the findings raise “serious questions about the true extent of an economic recovery, especially if government rescue packages are phased out too early.

In June ILO members responded to the global economic crisis by adopting a ‘global jobs pact’ that calls for measures to maintain employment and to avoid deflationary wage spirals and worsening working conditions.

Today’s study notes that in the past few years both rich and poor countries have boosted their minimum wage levels by more than the rate of inflation because of concerns about increasing inequality.

Describing these changes as “an important policy tool for social protection,” the report proposes that tax reductions and other income-support measures also be introduced to further protect low-paid workers.

“Minimum wages, social dialogue and collective bargaining are all ways of avoiding deflationary wage spirals and their impact on society,” Ms. Tomei said.

In addition, the report warned that the economic crisis has worsened the problem of wage arrears in some countries, including Ukraine and Russia.

On Thursday the ILO’s governing body gathers in Geneva to discuss the study and how to implement the global jobs pact.

Previous post Beyond the 2001 financial crisis: The political economy of the new phase of neo-liberal restructuring in Turkey
Next post Huge amounts of avoidable post-harvest losses worsens hunger for poor – UN