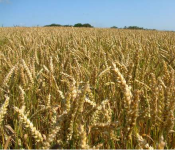 The plight of the hungry in developing countries is needlessly aggravated by farmers losing up to half of their crops after gathering the harvest, the United Nations agricultural agency said today, stressing that adequate investment and training could drastically cut the losses.

The Food and Agricultural Organization (FAO) said that excessive rainfall, droughts, extreme temperatures, contamination by micro-organisms, and premature harvesting are among the causes of these post-harvest losses, which estimates put at anywhere from 15 to 50 per cent of what is produced.

The removal of so much of the food supply from the market results in high prices, as well as avoidable damage to the environment as land, water, human labour and non-renewable resources such as fertilizer and energy are used to produce, process, handle and transport food that no one eats.

With the right kind of training, much of the food lost through poor transport and packaging practices can be saved, according to a news release issued by FAO.

Inadequate and insecure storage facilities in many developing countries is another major problem where the FAO in collaboration with donors can make a difference, as seen in an Afghan project that provided household metallic silos to around 18,000 homes.

Post-harvest losses were slashed by improving storage facilities and helping local tinsmiths to manufacture hermetically-sealed silos, which protected food stored pests, rodents, birds and fungi and allowed produce to be kept for long periods without loss of quality.

FAO said that participating farmers used the silos to store cereal grains and grain legumes, reporting higher incomes and longer storage possibilities, with losses falling to less than one or two per cent. In addition, the technical training to tinsmiths meant an additional 4,500 silos were put together locally and sold to other farmers.

In many developing countries the materials needed to build the silos are unaffordable for poor farmers. FAO has consequently set up a financing scheme to help more smallholders obtain better storage containers.

Post-harvest losses also present a problem in Western supermarkets, where if a fruit and vegetable is bruised, wilted, unripe, misshapen, of incorrect size or generally unsightly, it will not be put on the shelves. With an absence of alternative markets for such produce, it is thrown away.