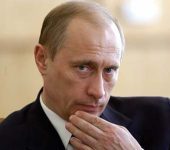 This year’s accidents and terrorist attacks confirm what has by now become a cliche: August is indeed Russia’s cruelest month. But its original August disaster dates back almost a century. Aug. 1 marked the 95th anniversary since Kaiser Wilhelm’s Germany declared war on Russia, officially starting World War I.

The Great War was a calamity for the entire continent. It destroyed trust in national governments and military leaders, devalued life and cast doubt on human reason. Science and technology betrayed their early promise to bring happiness to humankind, producing instead monstrous instruments of mass murder. Before, the worst toll in a single military campaign had been the U.S. Civil War, in which 700,000 perished. In 1914-18, military and civilian victims numbered 17 million, inuring the world to huge casualties during the remainder of the 20th century.

Previous post Lessons Learned from the 2008 War in Georgia
Next post Abkhazia Maintains “We Do It Our Way,” Despite Russian Aid