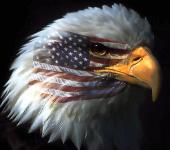 I have been asked for this panel to reflect on the question of how the core ideas of the early 1990s on what the post-Cold War world would look like have held up over time, and how they relate to contemporary American foreign policy. The End of History has been juxtaposed to The Clash of Civilizations in countless introductory international relations courses as contrasting visions of global politics. By most accounts, the former posited that the world would see a growing zone of stable liberal democracy and integrating market capitalism—what has since been labeled globalization—while Huntington’s paradigm organized the world into conflicting zones with culture replacing ideology as the chief fault line.

It is too bad that Sam Huntington can’t be here today since we actually disagree less on a lot of issues when talking in person than many people think. I remember talking to him after September 11 but prior to the Iraq war, which he opposed. He said that we were not engaged in a civilizational conflict at that point, but that the fight could escalate into one if we invaded Iraq. In this, he proved to be quite prescient. I also disagree less with Ben Barber than many might expect, since I think he is right that backlash against globalization and against American hegemony has become one of the defining characteristics of the present world.